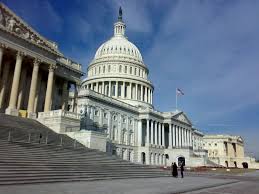 By the time you read this message, it may already be illegal for the US Department of Justice (DOJ) to investigate, raid, arrest, and prosecute medical cannabis patients and providers in California. Congress passed a historic budget bill on Saturday night that includes an amendment removing any funds for federal interference in states with medical cannabis laws. The President could sign it at any time.

ASA started working on this amendment soon after patients and caregivers established the organization in California in 2002. I want to say a special thank you to everyone who helped us get here!

Is this the end of federal interference and intimidation in California? That depends, in part, on the DOJ, Congress, and the President. But more importantly, it depends on medical cannabis advocates like you. Congress will vote on a new budget in September of 2015. Will they hear from you before then?

We need to see hundreds of Californians in Washington, DC, for ASA’s National Medical Cannabis Unity Conference and Citizen Lobby Day March 27-31. This four-day conference is a chance to celebrate today’s victory and build on our momentum in Congress. ASA will make an appointment for you to meet with your US Representative and Senators on Tuesday, March 31, when you register.

We still have work to do, and ASA still needs your participation and support to finally adopt comprehensive medical cannabis legislation at the state and federal level and bring medical cannabis prisoners home. See you in Washington, DC, to celebrate and move forward!

Congress dealt a historic blow to the United States' decades-long war on drugs Saturday with the passage of the federal spending bill, which contains protections for medical marijuana and industrial hemp operations in states where they are legal.
Read more here:
http://www.huffingtonpost.com/2014/12/14/congress-medical-marijuana_n_6317866.html?utm_hp_ref=politics

The U.S. Justice Department is giving Native American tribes authority to legalize marijuana on their reservations, telling federal prosecutors the issue needs to be handled on a "government-to-government basis."
Read more here:
http://www.usatoday.com/story/news/nation/2014/12/12/doj-tribes-marijuana/20297075/

California’s leading medical body voted unanimously over the weekend to help end the practice of denying organ transplants to patients based solely on their lawful medical cannabis use.
Read more here:
http://blog.sfgate.com/smellthetruth/2014/12/08/california-docs-stop-denying-organs-to-marijuana-patients/

A marijuana club fought the law. And for the first time weed won.Shambhala Healing Center, a city-permitted cannabis dispensary in the Mission District, survived the federal Justice Department's effort to shut it down.
Read more here:
http://www.sfweekly.com/thesnitch/2014/12/10/mission-marijuana-club-beats-feds-will-stay-open

Two Los Angeles lawmakers are pushing to end a controversial city practice of issuing tax registration certificates to medical marijuana shops without determining if they are allowed to operate under a voter-approved crackdown on the businesses.
Read more here:
http://www.latimes.com/local/cityhall/la-me-1210-marijuana-taxes-20141210-story.html

A bloodied would-be robber who held up an illegal marijuana dispensary clung to the top of a car in a dramatic getaway attempt, witnesses said, only to be arrested by deputies minutes later in Spring Valley Tuesday.
Read more here:
http://www.utsandiego.com/news/2014/dec/09/robbery-one-shot-spring-valley/

Polls show California voters back medical – and even recreational – marijuana. And they may get the chance to legalize it in 2016. But a handful of Inland cities are moving in the opposite direction, spending at least $1.85 million in legal battles to shut down dispensaries.
Read more here:
http://www.pe.com/articles/dispensaries-755497-marijuana-officials.html

Monday, December 15, 2014 - Marijuana Compassion and Common Sense (Online)
6:00 PM at www.blogtalkradio.com/marijuananews Tune in for this weekly live Internet broadcast about cannabis and medical cannabis issues. You can call in to participate.

---
Tuesday, December 16, 20124 – Yuba County Board of Supervisors (Marysville)
1:30 PM at County Government Center, 915 Eighth St., Marysville, CA 95901. The Board will hold a workshop on medical cannabis cultivation, with an eye towards a ban. Tell them not to ban patient cultivation.

---
Thursday, December 18, 2014 – What’s Next for Medical Cannabis in CA? (Online)
This broadcast has been postponed. Keep an eye out for the new date and time in January.