As Black Lives Matter protests have swept the world, federal and state lawmakers have begun to focus on the connection between the war on drugs and the disproportionate impacts of police misconduct on African-Americans.

A resolution in the U.S. House of Representatives not only condemns police brutality but specifically calls out the war on drugs as a source of racial injustice. House Resolution 988 notes that African Americans are far more likely than whites to face drug charges, despite rates of consumption being effectively the same. The resolution was introduced by Rep. Ayanna Pressley (D, MA-7 and currently has 173 cosponsors.

U.S. Senator Cory Booker (D-NJ) similarly identified the racial disparities in cannabis enforcement as a root part of police killings of African Americans in an interview on MSNBC.

In Illinois, officials announced that $31.5 million in cannabis taxes will be directed to restorative justice grants. The Restore, Reinvest, and Renew (R3) program directs monies to “communities impacted by economic disinvestment, violence and the severe and multilayered harm caused by the war on drugs.”

In New York, protests have spurred legislators to take up the Safer NY Act, a group of five bills that would enact police reforms and legalize adult-use of cannabis. State Sen. Julia Salazar (D) issued a statement urging her colleagues to “legaliz[e] marijuana with strong attention paid to ensuring that resources are reinvested in communities most harmed by prohibition.” The dual measures that would do so are Assembly Bill 617 and Senate Bill 527.

In Nevada, Gov. Steve Sisolak (D) introduced a clemency resolution that would pardon all Nevada residents who have convictions for cannabis possession. The state Board of Pardons Commissioners will take up the matter this month. Current state law allows individuals to petition for expungement of convictions for an ounce or less of cannabis. The governors of Illinois and Washington state have issued similar blanket pardons.

In California, Gov. Gavin Newsom identified the state’s cannabis legalization efforts as “a civil rights call.” Ending cannabis prohibition is part of confronting racial disparities in the criminal justice system, he said, and advancing “broader criminal justice reform to address the issues of the war on drugs.”

In Virginia, Gov. Ralph Northam said that racial inequities in the state are being addressed by the recent decriminalizing of cannabis through SB 2, which removed the threat of incarceration for possession and sealed criminal records. He also called for the state to consider full adult-use legalization.

“Our federal cannabis laws are a historical framework of discriminatory policies designed to harm and disrupt the lives of black and brown people.  These laws also have been used by federal enforcement agencies to subdue progressive social movements working to dismantle institutional racism and remove the lawmakers who maintain these systems.” said Debbie Churgai, ASA Director. “The public outrage following the death of George Floyd should make it clear to our elected leaders that it is no longer acceptable to support, accept or ignore this framework of discrimination.  Like the legacy represented by Confederate monuments blighting the landscape across our country, these laws too must be torn down.” 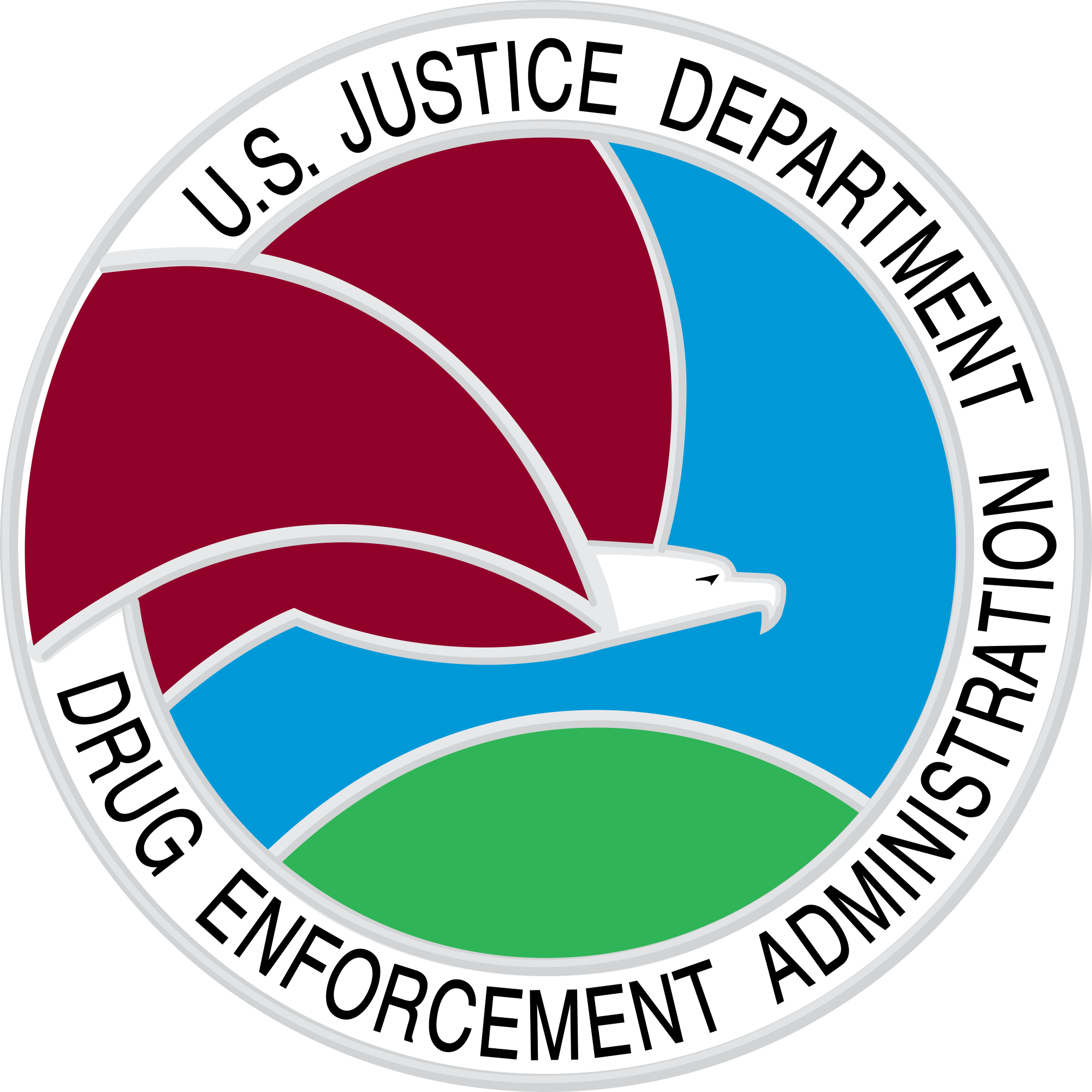 In response to proposed rules for expanding federally licensed cannabis cultivation for research, Americans for Safe Access is urging the creation of a new agency dedicated to cannabis regulation and oversight. On March 23, the Drug Enforcement Administration (DEA) released proposed rules growing cannabis in bulk for research purposes.

Currently the U.S. has one farm operated by the National Institute on Drug Abuse which has been unable to meet the demand for pending medical studies. In 2016, the DEA announced it would issue more licenses, and 33 research institutions applied, but the government has taken no action.

ASA has proposed a new agency, the Office of Medical Cannabis Control (OMCC), which would oversee the research program and enable state-licensed cultivators to provide medical cannabis to researchers. The NIDA farm has been criticized for being unable to provide research cannabis that reflects the diversity or quality of cannabis products currently on the market.

“When it comes to cannabis research, politics are often put before patient needs,” said Debbie Churgai, ASA Director. “Creating a dedicated agency will ensure research needs are met and simplify the regulatory environment nationwide to make medical cannabis accessible and safe for patients everywhere across the U.S.”

Cannabis businesses and workers have been deemed essential for serving patients during the COVID-19 restrictions, and Americans for Safe Access is saying thank you to them with FREE memberships to all that are working during this crisis.

“If your business is open, no matter what you do, you and your employees are welcome to sign up for our free membership,” said ASA Director Debbie Churgai.

PFC Director Heather Despres is presenting information for manufacturing operations on June 18 as part of the Science of Cannabis Extraction Online Symposium. Despres will explain Good Manufacturing Practices (GMP) and third-party certification and auditing as a tool for cannabis and hemp businesses.

Registration is free for this analytical chemistry webinar and the day-long symposium on topics in cannabis and hemp extraction. Register at https://science-cannabisextraction2020.vfairs.com/

One of the major projects ASA undertakes each year is the State of the States report. This report analyzes medical cannabis programs throughout the United States on how they are best serving patients. In this report, ASA evaluate dozens of criteria across five areas of patient access and give each program an A-F score.

Since ASA grades programs on how well they work for patients and potential patients, medical cannabis patients and caregivers are being asked to complete a survey. The information gathered will help ASA identify gaps between laws and regulations, as written, and the experience of patients in the state.

The short survey can be found at www.safeaccessnow.org/2020survey. 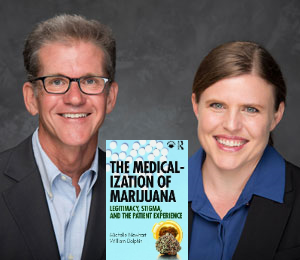 The American Sociological Association has recognized a book coauthored by Michelle Newhart PhD and ASA’s William Dolphin with a prestigious award. The Medicalization of Marijuana: Legitimacy, Stigma, and the Patient Experience (Routledge 2019) has won the Donald W. Light Award for the Applied or Public Practice of Medical Sociology. The book is based on a qualitative research study of patients enrolled in Colorado’s program.

The committee said they were impressed by the book’s “in-depth look at patients’ experiences navigating the social, legal, and medical landscapes of medical marijuana use” and found the “research to be exceptionally timely, compelling, and comprehensive.” While clinical studies have been expanding, little research has considered the lived experience of people who use cannabis medicinally.

“We’re thrilled to receive this honor,” said Newhart. “Patient behaviors and experience deserve much more study, so we really appreciate how it highlights cannabis as a worthy topic of medical sociology.”

Newhart and Dolphin recorded a free ASA webinar discussing their book and the study's findings that can be viewed at https://www.safeaccessnow.org/the_medicalization_of_marijuana_webinar.

The Medicalization of Marijuana is available on Amazon and from the publisher. 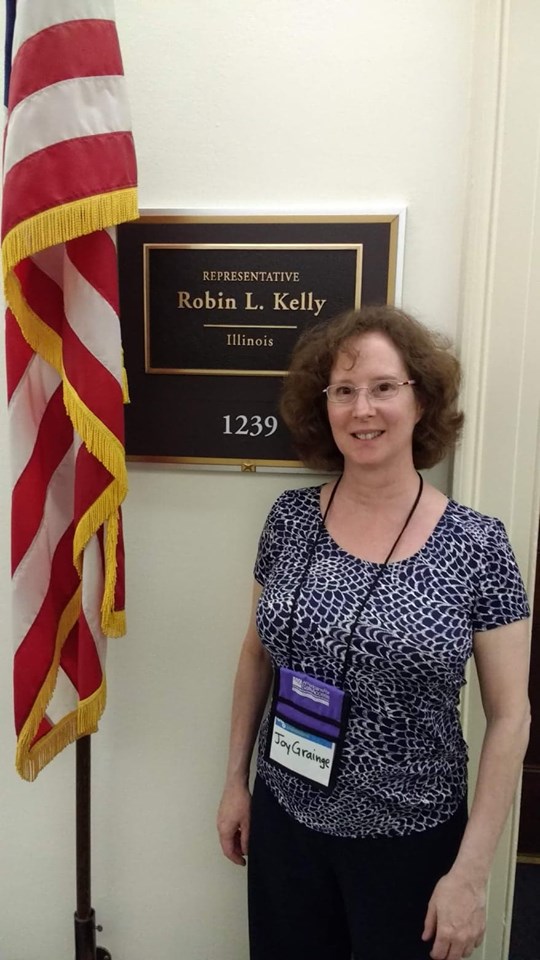 Joy Grainge turned to medical cannabis after she injured her neck in 2006, developed spinal stenosis, and then discovered that she had arthritis throughout her body. That was eight years before Illinois, where she lives, got a medical cannabis program running, so she had to rely on the underground market for access.

She had used cannabis socially as a young person, but, like many people, by her early to mid-twenties she decided she was “an adult now” and adults don’t smoke, so she had stopped. Once that she needed to control her severe chronic pain, that view changed, and she immediately became involved in Illinois state politics.

Joy was a lone voice in her town of Homewood, a southern suburb of Chicago, but she connected with activists in the state capital of Springfield to lobby state lawmakers. She also found Americans for Safe Access, becoming a devoted volunteer for Chicago-area events, and in 2013 was an attendee at the inaugural National Unity conference, where she got a chance to lobby her federal representatives in Washington, D.C. Joy has been back to D.C. for several more Unity conferences, and has been a stalwart ASA volunteer for events in the Chicago area.

When Illinois enacted safe access for patients on January 1, 2014, Joy went to work with her city officials, meeting with the mayor and city council to get a dispensary location approved. Again, she was a lone voice, but an effective one.

“Our mayor was very supportive, and most of the city council was open minded,” Joy says. “I think that they saw the benefit to not just the residents but the city in general.”

The city approved the zoning for a dispensary, and Joy says “great folks came in.”

For all that work and accomplishment, Joy still hesitated to enroll in the state program. She was concerned about what the impact of getting a medical cannabis card might be on her driver’s license, and she “had other options.”

By 2018, Joy’s concerns had been allayed by watching how the program rolled out, and she decided the benefits outweighed the risks and she registered with Illinois’ medical cannabis program. 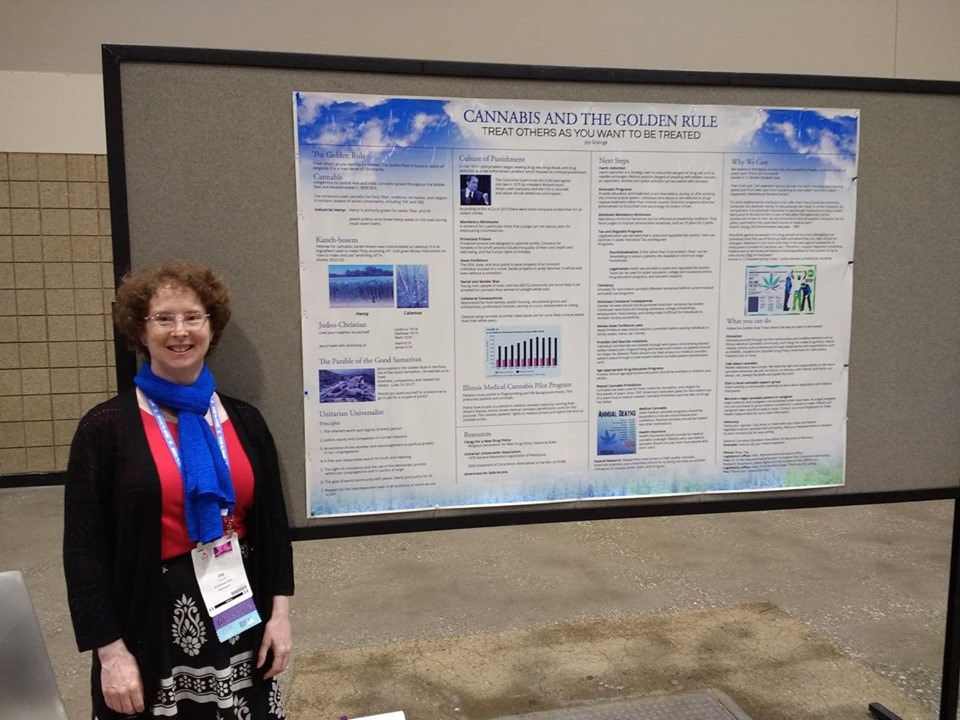 Joy’s citizen lobbying has always been a combination of state, local and federal, but she’s also done outreach within her church.

“In 2018, I went to the Unitarian Universalist church conference in Kansas City with a big poster on cannabis and the Golden Rule,” Joy says. “People were encouraged and liked the compassionate aspect and diversion from jail -- it went really well.”

Since January 2020, when the Illinois legislature became the first to make access legal for everyone age 21, Joy has had difficulty finding the products she relies on to control her pain.

“The state has a supply problem now. Strains are unavailable and prices are up,” Joy says. “Many people think products are being held back for the rec market. I’ve had to make do.”

Joy lives in Naperville now, a more western suburb of Chicago, and remains very active, participating in the multi-state facebook group The Medical Cannabis Community and attending city council meetings to lobby them to allow more access. Illinois law allows municipalities to opt in or out of allowing cannabis sales.

“Locally, I work with Opt-In Naperville,” she says. “The city had been talking about an adult-use dispensary, but there has been lots of push back from city council members and others who are part of the state’s Opt Out movement.”

The Naperville city council place a referendum about the matter on the March primary ballot. It passed, but the measure was nonbinding. A majority of the council said they would follow the will of the voters, but they have yet to vote. The city has solicited public comment and will hold a workshop in two weeks.

“We do have a medical dispensary operating, and with COVID-19 they’ve been allowed to operate a drive-thru service, but a delivery service would be helpful,” Joy says. “I hope we get adult-use in town, and on-site consumption would be nice.”

Joy would like to see Illinois adopt a policy of allowing cannabis consumption anywhere tobacco smoking is allowed.

When the House passed the last COVID-19 relief bill, they included provisions that would change banking rules to allow cannabis businesses to access the same financial services other businesses rely on. The Senate is now considering its own version of the HEROES Act, and safe banking is in danger of being left out.

Contact your Senators today to urge them to allow safe banking for cannabis businesses. Take action now at https://www.safeaccessnow.org/safebanking_provision_heroes