In 2016, the DEA vowed to expand the number of cannabis cultivators for research purposes. Thirty three research institutions submitted applications, only to hear nothing. Last year, a lawsuit alleged that the DEA was deliberately delaying the process, which led the agency to issue an update stipulating that the application procedure had to be revised to comply with the Single Convention. The office further determined that in order to be in compliance, a single agency needed to control the possession and purchasing of marijuana for research. To be in compliance with treaty obligations, the DEA’s proposed rules would make it the sole agency in charge of research-grade cannabis. ASA proposal for the OMCC would transfer that authority away from DEA and into OMCC, where it would work with all states to create a robust national medical cannabis program.

In 1961, at a session of the United Nations in New York, the Single Convention on Narcotic Drugs was signed by 186 member nations including the United States. Referred to as the Single Treaty, it was designed to foster an international system of cooperation to combat the spread of narcotics undesirable to member nations, primarily opium and synthetic equivalents. By putting strict restrictions on the production and supply of the banned substances, the treaty aimed to limit available supplies of the banned substances to monopolistic state controlled licensing schemes to supply only research into potential medical applications. 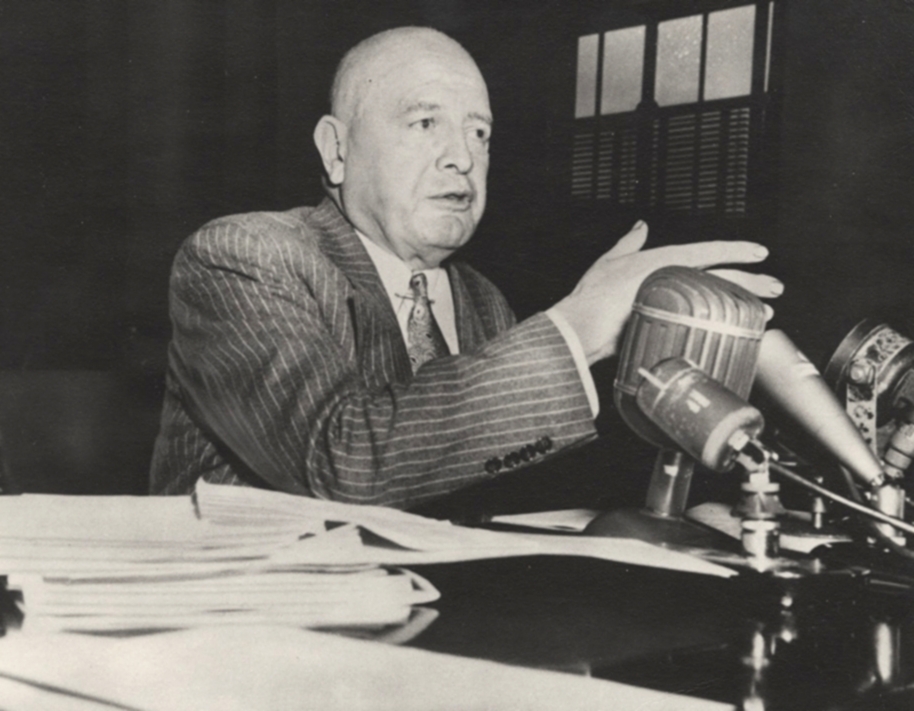 The treaty was formed and written by representatives of all countries in 43 meetings between January 24th and March 23rd 1961. Leading the American delegation was Harry J. Anslinger, who was the commissioner of the US Federal Bureau of Narcotics between 1930 and 1962. Anslinger had been an opponent of cannabis throughout his tenure as commissioner; he began the “Reefer Madness” craze by collecting and spreading dubious information about the relation of cannabis and violent crime with the help of the media at the time. Throughout the process of forming the treaty in 1961, Anslinger’s view of cannabis became the dominant one.

It is Articles 23 and 28 in the single treaty which, in tandem, outline the rules regarding the international cultivation of cannabis; these Articles read:

1. If a Party permits the cultivation of the cannabis plant for the production of cannabis or cannabis resin, it shall apply thereto the system of controls as provided in article 23 respecting the control of the opium poppy.

2. This Convention shall not apply to the cultivation of the cannabis plant exclusively for industrial purposes (fibre and seed) or horticultural purposes.

3. The Parties shall adopt such measures as may be necessary to prevent the misuse of, and illicit traffic in, the leaves of the cannabis plant.

1. A Party that permits the cultivation of the opium poppy for the production of opium shall establish, if it has not already done so, and maintain, one or more government agencies (hereafter in this article referred to as the Agency) to carry out the functions required under this article.

2. Each such Party shall apply the following provisions to the cultivation of the opium poppy for the production of opium and to opium:

a) The Agency shall designate the areas in which, and the plots of land on which, cultivation of the opium poppy for the purpose of producing opium shall be permitted.
b) Only cultivators licensed by the Agency shall be authorized to engage in such cultivation.
c) Each licence shall specify the extent of the land on which the cultivation is permitted.
d) All cultivators of the opium poppy shall be required to deliver their total crops of opium to the Agency. The Agency shall purchase and take physical possession of such crops as soon as possible, but not later than four months after the end of the harvest.
e) The Agency shall, in respect of opium, have the exclusive right of importing, exporting, wholesale trading and maintaining stocks other than those held by manufacturers of opium alkaloids, medicinal opium or opium preparations. Parties need not extend this exclusive right to medicinal opium and opium preparations.

3. The governmental functions referred to in paragraph 2 shall be discharged by a single government agency if the constitution of the Party concerned permits it.

In short, Article 23 lays out the rules for the national oversight agency responsible for the cultivation of opium, while Article 28 directs that the same language apply to cannabis with the exception of cannabis used for industrial purposes, like hemp. These rules solidify the international obligations regarding the regulation of cannabis and bring legitimacy to the campaign against cannabis which had been raging internally since the passage of the Marijuana Tax act of 1937.

The Single Treaty was set to go into effect in August of 1975, prompting president Nixon to sign into law the Controlled Substances Act in 1970, updating and consolidating previously scattered narcotics legislation, while bringing US drug laws into compliance with the Single Treaty. To this day, federal law enforcement officials still operate under the guidelines of the Controlled Substances Act. In 1973, president Nixon combined the Bureau of Narcotics and Dangerous Drugs, the Office of Drug Abuse Law Enforcement, and the Office of National Narcotics Intelligence to form the new Drug Enforcement Administration.

The DEA would be tasked with the role of “The Agency” as outlined in the Single Treaty; these responsibilities, outlined in Article 23(2), include; (a: designating where cultivation of cannabis will be allowed), (b: licencing cultivators), (c: licencing cultivators), (d: physically possessing the crop on behalf of the government), and (e: conducting wholesale trading and maintaining federal stockpiles). In 1974 however, the DEA decided to delegate the responsibility of managing the cultivation of research grade cannabis (d,e) to the Department of Health and Human Services, specifically to the newly formed National Institute on Drug Abuse (NIDA) who would produce cannabis through a partnership with the University of Mississippi. NIDA would remain the only producer licenced by the DEA to cultivate cannabis for the next 48 years.

In August of 2016, responding to this wave of increasing legalization, use, and acceptance among the general public, the DEA had no choice but to end NIDA’s decades long monopoly and expand the available pool of research grade cannabis. However, the decision would have to pass through several layers of bureaucracy including the U.S. Department of Justice (DOJ) in advance of finding approval and becoming effective policy. Before any decision on the matter had been made Donald Trump became president and brought with him a new set of policy objectives. In early February of 2017, President Trump appointed Jeff Sessions as the U.S. Attorney General, handing him the reins of this new licencing program. Attorney General Sessions, notorious for being vehemently against cannabis, was determined to kill the DEA’s proposed expansion and preserve NIDA’s monopoly, effectively stifling cannabis research in the United States.

The DEA’s proposal has two requirements in order to be approved: “(1) The registration is consistent with the public interest (based on the enumerated criteria in section 823(a)), and (2) the registration is consistent with U.S. obligations under the Single Convention on Narcotic Drugs, 1961 (“Single Convention” or “Treaty”), 18 U.S.T. 1407.” We now know that Sessions instructed the DOJ to find a reason this proposed expansion should not move forward in their review. What followed was a lengthy memo from the DOJ detailing three conditions by which they found the DEA to be non-compliant with the rules outlined in Article 23 of the Single Treaty:

1: Article 23(2) The division of responsibilities between DEA, NIDA, and HHS is in violation of this article’s requirement that a single government agency carry out all functions.

2: 23(2)(d): “All cultivators of [cannabis] shall be required to deliver their total crops of [cannabis] to the Agency. The Agency shall purchase and take physical possession of such crops as soon as possible, but not later than four months after the end of the harvest.”

3: Article 23(2)(e) requires “the Agency” to have exclusive access to the wholesale of the cannabis crop, since the DEA does not buy or at any point possess the crop grown by NIDA.

The first provision outlined in the DOJ memo is grounded in shaky wording. They allege that: “the division of responsibilities between DEA and NIDA, a component of the Department of Health and Human Services (“HHS”), contravenes Article 23(2)’s requirement that all Article 23 functions be carried out by a single government agency.” Article 23 itself is conflicted on this point; As we see in paragraph 1 transcribed above, it clearly refers to “one or more government agencies (hereafter in this article referred to as the Agency) to carry out the functions required under this article.” Paragraph 3 however seems to be a contradiction of this statement “the governmental functions referred to in paragraph 2 shall be discharged by a single government agency if the constitution of the Party concerned permits it.”

This “shall”/ “if” combination is an important hinge in the sentence. It means that if the rules of a specific country allow for a single agency to carry out the authorities outlined in article 23, they should do it, however if a constitution called for say, a separation of powers to some degree, multiple government agencies as outlined in paragraph 1 could share this function. The DOJ however determined: “because nothing in the Constitution would preclude the United States from discharging all of those controls through one government agency.”

The second two conditions are a bit more straightforward. Since the DEA contracts through NIDA and does not buy the crop from NIDA and in fact never takes possession of the crop itself, they are in violation of Article 23(2)(d). Similarly because the DEA or NIDA never take physical possession of the crop, neither is responsible for the wholesale of the crop to researchers, leaving them in violation of Article 23(2)(e). With this memo, the Sessions DOJ stalled the DEA’s proposed expansion through these rule infractions, kicking the can down the road by requiring the DEA to organize itself for compliance before expanding the licensure.

In the time since the enactment of the Controlled Substances Acts, opinions on cannabis have shifted vastly: To date, 33 states, DC, and four U.S. territories have passed laws to create comprehensive medical cannabis programs, and 14 states have passed more limited reforms allowing for the medical use of cannabidiol. With these reforms at the state level, 91% of American adults now live in jurisdictions with some form of access to medical cannabis. Increased access, exposure, and broader normalization of cannabis have deeply affected the American consciousness.

When it comes to discussions surrounding cannabis research, politics are often put before patient needs. The creation of the OMCC would ensure conformance with high quality standards as well as simplify the regulatory environment nationwide to make medical cannabis accessible and safe for patients everywhere across the U.S.

Read more about the Office of Medical Cannabis