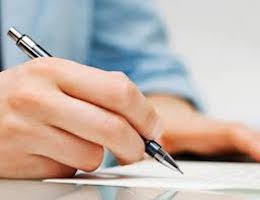 I need your help to make sure that the state legislature passes AB 258, the Medical Cannabis Organ Transplant Act, this year. Can you sign ASA’s online petition in support if the bill, and then ask your friends and loved ones to do the same? Our goal is to have more than 1,000 signatures before AB 258 is heard in the Assembly Health Committee as soon as next month.

AB 258 will save lives by preventing discrimination against medical cannabis patients in the organ transplant process. Patients are routinely denied a place on the national organ transplant wait list if they test positive for cannabis use – even doctor-recommended medical cannabis. Legal patients have died after being denied a place on the list and others are in jeopardy right now. AB 258 will prevent unnecessary suffering and avoidable deaths by protecting legal patients.

Thanks for signing and asking your friends and loved ones to do the same. Don’t forget to share this link with your email list and on social media sites:

Three congressional lawmakers from California are accusing the U.S. Department of Justice of overreach in an ongoing crackdown against Harborside Health Center, widely considered to be the largest and one of the most well-respected medical marijuana dispensaries in the nation.
Read more here:
http://www.huffingtonpost.com/2015/02/17/congress-medical-marijuana_n_6702128.html

---
Why Is Marijuana A Schedule I Drug? (National)
Amy Nordum, International Business Times

The U.S. Drug Enforcement Administration lists marijuana in the most restrictive of five classes that the agency uses to regulate dangerous drugs. Marijuana is classified as a Schedule I substance, which is the ranking reserved for drugs with the greatest potential for abuse and with no medicinal value.
Read more here:
http://www.ibtimes.com/why-marijuana-schedule-i-drug-1821426

Norman B. Smith died in 2012 because he smoked marijuana. But it wasn’t the drug that killed him.
Read more here:
http://www.allgov.com/usa/ca/news/controversies/bill-would-ban-organ-transplant-bias-against-legal-pot-smokers-150218?news=855709

Cypress Hill's B Real (whose real name is Louis Freese) has fame and money, but he still needed a lot of luck for his next business venture outside of music: a medical marijuana dispensary in Southern California's Orange County.
Read more here:
http://www.billboard.com/articles/news/6473058/b-real-opens-medical-marijuana-dispensary-mixtape-cypress-hill

Mobile marijuana dispensaries will no longer be allowed to operate in Pismo Beach, but discussion about regulating marijuana in the city is not over, Mayor Shelly Higginbotham said Tuesday.
Read more here:
http://www.sanluisobispo.com/2015/02/17/3495350/mobile-marijuana-dispensaries.html#storylink=cpy

Several residents are claiming they were misled by petition gatherers of a medical marijuana ballot measure by being told it was an effort to outlaw dispensaries.
Read more here:
http://www.dailybulletin.com/health/20150215/upland-residents-feel-duped-by-medical-marijuana-petition

---
Council Asks for Report on Regulating Dispensaries (Livermore)
The Independent

The Livermore City Council will be taking up the issue of medical marijuana dispensaries at a future council meeting.
Read more here:
http://www.independentnews.com/news/council-asks-for-report-on-regulating-dispensaries/article_0c2b3dfe-b794-11e4-b4f3-e3efa567f00f.html

February 23, 2015 - Marijuana Compassion and Common Sense (Online)
6:00 PM at www.blogtalkradio.com/marijuananews Tune in for this weekly live Internet broadcast about cannabis and medical cannabis issues. You can call in to participate.

The Richmond City Council may vote to reduce the number of medical cannabis patients’ associations in the city on Tuesday. Tell the City Council that patients need more access, not less!

Medical cannabis patients still face pervasive discrimination when it comes to employment, housing, parental right, and equal access to healthcare. ASA is collecting data about discrimination against legal medical cannabis patients, primary caregivers, and providers to help educate lawmakers and regulators. The 26-question patient survey is up now. Please take a few minutes to answer the mostly yes or no questions.

This page has the text of the ASA-sponsored bill to protect medical cannabis patients from discrimination in the organ transplant process. This is also where you will find links to background information, scientific data, and a petition to support the bill. Be sure to check out the video of patients talking about why this legislation matters.