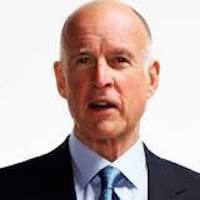 California Governor Jerry Brown signed three historic bills today that will finally license and regulate commercial medical cannabis activity in the state. Known collectively as the Medical Marijuana Regulation and Safety Act (MMRSA), the bills create a legal framework for medical cannabis cultivation, manufacturing, distribution, transportation, sales, and testing. ASA has been working on state regulations since 2012, because our research and experience show that sensible regulations are good for legal patients and communities. AB 243, AB 266, and SB 643 are a big step forward for patients, industry, other medical cannabis stakeholders, and community members.

So now what? Please join ASA California Director Don Duncan on a live Google Hangout on Thursday, October 15, at 8:00 PM PT for a broadcast entitled “What’s Next for Medical Cannabis… Regulation, Legalization, and More.” You can participate in the broadcast using Google+ (you must install free software) or watch without the interactive features on YouTube (no software to install).

The bills create seventeen different types of state licenses to accommodate cultivators, manufacturers, and dispensers of various sizes. The complicated licensing scheme is designed to limit the overall amount cultivation permitted for any one applicant and to prevent complete vertical integration. The bills also create a new kind of medical cannabis business – a licensed distributor. Distributors are charged with regulating the flow of medical cannabis throughout the supply chain for the purpose of preventing diversion and facilitating taxation. This is similar to how tobacco and alcohol distributors function.

The MMRSA requires applicants for state licenses to obtain a license, permit, or authorization from the city or county in which they operate or propose to operate before obtaining a state license. The requirement for local approval will be a burden for patients and industry in some jurisdictions. Unfortunately, lawmakers were unwilling to face the political consequences of infringing on local control when it comes to regulating or banning medical cannabis activity.

ASA negotiated three concessions to help mitigate the impact of local bans or the lack of local licensing on medical cannabis activity:

It is important to note that, due to pressure from ASA and others, the bills do not specifically authorize any city or county to ban cultivation or patient access points. The bills do not preempt any exiting litigation on that topic or prevent patients from bringing new lawsuits related to local bans.

There are numerous other provisions in the MMRSA. These include a system to tag and track individual plants, provisions protecting those in industry from criminal prosecution, authorization for local taxation (although cities and counties already have the right to impose taxes), and much more. Read the legislative counsel digest and text of the bills that comprise the MMRSA to get all of the details (AB 243, AB 266, and SB 643). You may also want to read a synopsis of the bills by Dale Gieringer, Ph.D., from CA NORML.

ASA worked diligently with lawmakers for the last three years to win important concessions for patients. ASA made sure that the rights of individual patients to cultivate their own medicine without state licensing, regulation, or taxation was preserved. We also successfully lobbied lawmakers to move oversight of medical cannabis from the Department of Alcoholic Beverage Control (ABC) to the DCA. This matters because the deputized peace officers at ABC regulate a vice, while the mission of DCA includes consumer safety and welfare. That is how we want regulators to approach medical cannabis.

Other victories include an important exception to the requirement for local licensing for cultivation in some cases (see details above), the defeat of a statewide excise tax on medical cannabis cultivation, and the defeat of a provision that would have banned the delivery of medicine to patients in most cases. While these bills are not perfect, they are much better for patients than they would have been without our persistent and pragmatic advocacy over the last three years.

Like most legislation, the MMRSA is imperfect. ASA is already talking with lawmakers and staff about changes that need to be made before all of the provisions of the three bills become effective. Our top priority is to remove a provision that limits individual patient cultivation to 100 square feet. This provision appeared unannounced in the final hours of the legislative session. It was never approved by any policy committee or debated publicly. Some patients need more than 100 square feet of cultivation space. They should not have to obtain a license or adhere to commercial regulations while growing medical cannabis for their own use.

These are two other improvements ASA is talking about right now:

You may have other issues that you would like to see addressed in new legislation in 2016. You can email your concerns to [email protected] or bring them up in the live Google Hangout on Thursday, October 15 - What’s Next for Medical Cannabis… Regulation, Legalization, and More.

You can stay on top of local and state medical cannabis issues by join the California Campaign for Safe Access email discussion list.

Be sure to check out the California Campaign for Safe Access website for news about upcoming legislation, ASA support for local advocacy, and more.