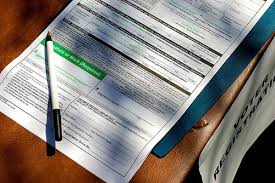 Today is the deadline to register to vote at your current address for the November 4 election. Are you registered? It matters.

Voters will decide on twelve local ballot measures related to medical cannabis in ten different cities and counties on Election Day. These measures will affect how patients in those communities get medicine, but they will also help shape the political landscape for medical cannabis in California in 2015 and 2016. Do voters want safe, legal, and dignified access to medicine in their neighborhoods? We will know after the polls close – and so will lawmakers, law enforcement, and others.

Voters will elect 100 state legislators on November 4, including at least thirty three new members. These are the Assembly Members and Senators that will cast decisive votes on regulations for commercial medical cannabis activity and patients’ rights bills in the state legislature in 2015. The lawmakers we elect will also have a significant impact on the political landscape as we approach a likely vote on legalizing cannabis for non-medical use in 2016.

Will legislators represent the will of over 1.4 million medical cannabis users in the state, or will lobbyists representing law enforcement and other special interest groups have their ears? That depends on how well we do turning out the vote on November 4.

Do not fall into the traps of apathy and cynicism. We can and should make a difference on November 4. Get registered today and be a part of it!

California should strengthen its regulation of the medical marijuana industry if the state wants to avoid federal intervention, Deputy Atty. Gen. James M. Cole said Thursday in an interview with The Times.
Read more here:
http://www.latimes.com/local/lanow/la-me-ln-california-medical-marijuana-oversight-20141016-story.html

If the California Narcotic Officers’ Association didn’t break your heart as a cannabis patient with their discovered and widely circulated “Marijuana is NOT Medicine” Training Manual, a new article found in their Summer 2014 Newsletter will surly do the trick.
Read more here:
http://www.safeaccesssd.com/2014/10/2628.html

While several Western states are considering or have already legalized marijuana, California is still struggling with how to regulate it for medical use. But increasing local action could push the issue beyond that.
Read more and listen too the broadcast here:
http://www.capradio.org/articles/2014/10/14/local-california-governments-driving-marijuana-policy/

Pot may be federally illegal, but so is police activity that violates due process. This week, a federal court sided with California medical marijuana patients who are suing Lake County officials for the possibly illegal removal of their cannabis plants. Federal judge Thelton Henderson issued an injunction against the county Tuesday, saying police have to stop ripping up gardens without due process.
Read more here:
http://www.eastbayexpress.com/LegalizationNation/archives/2014/10/16/warrantless-medical-marijuana-raids-unconstitutional-federal-judge-finds

A lawyer for a group of local growers has filed a request for public records with the Mendocino County Sheriff's Office for documents connected to allegations of illegal raids, and other police misbehavior, seeking a huge swath of documents related to raids by County of Mendocino Marijuana Eradication Taskforce and the Mendocino Major Crimes Task Force, over the last several years; the document was also sent to the state Department of Justice. Allegations of several raids alleged to be abusive or illegal, have also been communicated in detail to The Willits News.
Read more here:
http://www.willitsnews.com/ci_26705643/allegations-police-misconduct-marijuana-raids-spark-legal-action

Anaheim is literally pulling the plug on pot shops that keep popping up despite a law forbidding the businesses. Officials have used its operation of utilities to cut off water and power to dispensaries in the city that's home to Disneyland, the Orange County Register reported Tuesday (http://bit.ly/1v7AWZb).
Read more here:
http://www.pressdemocrat.com/news/2974878-181/southern-california-city-cuts-power

A group hoping to open San Diego’s first legal marijuana dispensary got a key approval Wednesday morning that could allow the proposed pot shop to open in Otay Mesa before the end of the year.
Read more here:
http://www.utsandiego.com/news/2014/oct/15/marijuana-dispensary-legal-open-otay-hearing/

The marijuana era may be ending in San Jose. As in Friday. Only six medical marijuana clubs in San Jose have permits, which means that as of Friday, the rest of them -- as many as 80 at one point over the summer -- might be shut down by the city, according to San Jose Inside.
Read more here:
http://www.nbcbayarea.com/news/local/Closing-Time-For-Dozens-Of-San-Jose-Cannabis-Clubs-Is-Friday-279518482.html

Monday, October 20, 2014  - Voter Registration Deadline (Statewide)
You must be registered to vote at your current address by October 20 in order to vote in the general election on November 4. Visit http://www.sos.ca.gov/elections/elections_vr.htm to learn more and register online.

---
Monday, October 20, 2014 - Marijuana Compassion and Common Sense (Online) 6:00 PM at www.blogtalkradio.com/marijuananews Tune in for this weekly live Internet broadcast about cannabis and medical cannabis issues. You can call in to participate.

---
Thursday, November 20, 2014 –What Legalization Means for Medical Cannabis (Online)
7:00 PM online. Join ASA California Director Don Duncan for a live Google Hangout to discuss what legalization of cannabis means (and does not mean) for medical cannabis patients, providers, and other stakeholders in California. A Google Hangout is an interactive event you can join from your computer of mobile device. We will publish the link for joining soon.

You must be registered to vote at your current address before Monday, October 20, in order to vote in the November 4 general election. You can register in person or online.