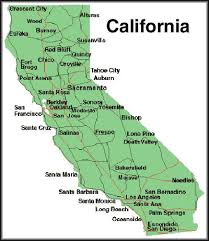 REMINDER – Don’t miss a Live Google Hangout on Wednesday, July 9, at 7:00 PM (PDT). We will be discussing current state legislation and ASA’s proposed Medical Marijuana Organ Transplant Act of 2015. These will be important topics at the CA Citizen lobby Day in Sacramento on August 4. Log on to https://plus.google.com/u/0/events/csadjb5qgj0qd3csdb2dq9r89uc a 7:00 PM on Wednesday to join the conversation.

Your California Assembly Member and Senator may be in your home town right now. The state legislature has adjourned for their summer recess, and many lawmakers are back in their home districts for the rest of the month. Why not use this time to make an appointment to see them? State representatives have one or more offices in the district they represent. One is probably close to where you live. You can call the district office and make an appointment to talk to your representatives or their staff today. Locate your representatives and find their district offices here.

District office visits are important, because they show lawmakers that voters who elected Assembly Members and Senators care about medical cannabis. You can talk to your representatives about pending legislation, the need to protect patients’ from discrimination, or barriers to local access to medical cannabis. You can even download one of ASA’s reports to share with lawmakers or staff.

Do not be intimidated about asking for an appointment. It is a normal part of the Democratic process, and elected officials and staff take meetings with people like you all the time. Just remember your ABCD’s – Be Accurate, Be Brief, Be Courteous, and Do Follow Up. Brush up on your citizen advocacy skills using ASA’s free online Medical Cannabis Advocate's Training Center, and you will be lobbying you elected officials like a pro.

Out on patrol with the San Francisco Police Department’s Bayview company, the cop I was riding with and I encountered a construction worker smoking a lunch-time joint near a building site at Hunters Point. The construction worker eyed our black and white taxi. “It’s lunch time,” the cop joked out the rolled-down window to the construction worker who, caught off-guard, laughed hesitantly. That was it. We drove off without even getting out of the car.
Read more here.

In a move highlighting the rapidly expanding support for the League-and-Police Chiefs sponsored bill in the Legislature, Assembly Member Tom Ammiano (D-San Francisco) has signed on as principal co-author on SB 1262 (Correa). If enacted, the bill will be the first serious step toward regulation of medical marijuana since voters approved the Compassionate Use Act in 1996. The bill passed out of the Assembly Public Safety Committee on June 26 on a 6 to 1 bipartisan vote.
Read more here.

A large number of people were spending their Fourth of July in line to a unique kind of farmers market in Boyle Heights. The featured product: medical marijuana. The lines were outside the door to the 20 to 30 medical marijuana growers inside the Boyle Heights California Heritage Market on Friday. Some people reported waiting up to an hour-and-a-half to get in.
Read more and watch a video here.

Low-income and homeless medical marijuana patients who dwell in Berkeley, California, will soon have access to free weed. Berkeley’s city council unanimously passed a proposal this week that will require marijuana dispensaries to hand out 2 percent of their total inventory to the less fortunate, at no cost. But dispensaries won’t get away with handing out their leftover, low-grade weed, reports CBS, because the proposal ensures that dispensaries will provide the same quality pot that they distribute to paying customers.
Read more here.

His first name, Yan, stood for “yes and no.” His last name, Ebyam, was “maybe” spelled backwards. But from the time he showed up in Oakland to open a cannabis production warehouse blazing with grow lights in 2010, Yan Eybam projected a sense of certainty in the lucrative business prospects of the California medical marijuana market.
Read more here.

A desperate, crime-ridden desert town, reeling from a recent brush with bankruptcy, has turned to an unlikely savior to pay for its embattled police force — marijuana. Desert Hot Springs, a city of about 28,000 people in the desert two hours east of Los Angeles, is considering legalizing medical marijuana dispensaries as a last-ditch effort to bolster the city budget so it can maintain its local police department.
Read more here.

The clock is ticking for cannabis clubs in San Jose. Many clubs are small businesses who have worked hard to establish what they have. Combined they employ well over 1,000 people in San Jose. But in less than 16 days, these small businesses will be shut down. Their people will be unemployed and the business they would have received will be shifted back to drug dealers as patients in need have little other recourse. This is reality beginning July 18th.
Read more here.

The Bakersfield City Attorney's office filed the first of at least five civil lawsuits against medical marijuana dispensaries Tuesday -- this one against Healthy Life Center in central Bakersfield. Bakersfield is asking a Kern County Superior Court judge for an injunction that would force the dispensary, one of 22 officials have identified in city limits, to close.
Read more here.

The Board of Supervisors on Tuesday evening accepted the final results for the June 3 primary and, in so doing, declared the election of the new sheriff, the district attorney and several other county offices. Registrar of Voters Diane Fridley had until 5 p.m. Tuesday to finish the final election canvass, which had begun first thing June 4, the day after the primary. Board Chair Denise Rushing said at the Tuesday meeting that Fridley had believed she would need all of that time, thus the decision to schedule the meeting at a special time in the evening rather than the usual morning start time. However, Rushing pointed out that Fridley bested her own estimate by about a day, releasing the final numbers Monday evening.
Read more here.

The federal government says marijuana is completely illegal, even for medical uses, but the Connecticut legislature disagrees. Now it is up to individual cities and towns, Redding included, to decide how to proceed. To do that, the Redding Zoning Commission recently approved a one-year moratorium to study the state and federal laws and craft its own regulations. One year is the maximum length allowed for such a moratorium.
Read more here.

---
Wednesday, July 9, 2014 – Live Google Hangout: Medical Cannabis in California (Online)
Join ASA California Director Don Duncan for a live talk and Q&A about local, state, and federal medical cannabis issues. We will be discussing ASA's proposed legislation for 2015 and SB 1262. A Google Hangout is a free online event you can join from your computer or mobile device. Click or copy this link to join at 7:00 PM - https://plus.google.com/u/0/events/csadjb5qgj0qd3csdb2dq9r89uc

---
Monday, August 4, 2014 – CA Citizen Lobby Day (Sacramento)
Hundreds of ASA Members and allies will meet in Sacramento for a legislative briefing and citizen lobby day in support for sensible legislation to better regulate commercial medical cannabis activity and protect patients’ rights. We will also hear from special guest speakers and get a preview of ASA’s legislative agenda for 2015. ASA requests a $25 donation for the event, but no one will be turn away for lack of funds. Please register now, so that we can schedule an appointment for you to see you state Assembly Member or Senator.

No court dates were reported this week.

ASA offers a lot of free resources for health care professionals and researchers - or for patients who want to educate their doctors. Browse this section of our website to find information about the science, history, safety, and efficacy of medical cannabis. You will also find state-by-state recommending guidelines, condition-specific information, and a medical cannabis code of ethics.