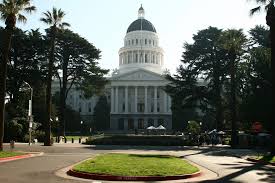 The California legislature has finished debate on medical cannabis-related bills this year and will adjourn by August 31. Your grassroots action helped stop some bad bills from becoming law this year:

* AB 1588 would have increased the minimum buffer zone between legal patients’ cooperatives and collectives and schools statewide. We killed this bill in committee early in the session.

* AB 2500 would have made it a crime for a legal patient to drive with even a tiny amount of cannabis detectable in their blood. ASA members and others defeated this bill in committee for the third year in a row.

* SB 1193 was amended at the last minute to remove language beneficial to patients. ASA members generated more than 1,000 emails many phone calls in opposition to the amended bill in just one week.

We didn’t win every battle. SB 1029 would have expanded eligibility for public assistance to certain drug felons, including those convicted cannabis “crimes.” That bill died in committee.  The legislature also rejected two bills that would have regulated commercial medical cannabis activity – AB 1894 and SB 1262. Read more about that process in my blog.

Summary: This bill will create a new Division in the Department of Alcoholic Beverage Control (ABC) to develop and enforce regulations for commercial medical cannabis activity. ASA strongly supports sensible regulations, although we have deep reservations about ABC oversight. Many provisions of this bill have been incorporated into AB 1894, discussed below. This bill may not move this year.

Summary: This Republican bill would have increased the distance between patients’ associations and schools from 600 to 1,000 feet statewide and increase fines for violations substantially. See the “Take Action” section for more. ASA oppose this bill. ASA Members helped defeat this bill in committee. Well done!

Download a copy of ASA's letter of opposition here.

Summary: This bill combines elements of AB 604 and a dormant bill by Senate President Pro tem Darrell Steinberg (SB 439). AB 1894 will (1) create a new Division in the Department of Alcoholic Beverage Control (ABC) to develop and enforce regulations for commercial medical cannabis activity, (2) require registration for commercial medical cannabis activity, and (3) define unprofessional conduct by physicians who recommend medical cannabis, and (4) make enforcement against physicians who engage in unprofessional conduct a higher priority. ASA strongly supports sensible regulations, although we have deep reservations about ABC oversight.

Summary: As amended, this bill would have made it a crime to drive with two or more nanograms of tetrahydrocannabinol (THC) in your blood – even if you are a patient and not driving impaired. ASA opposed this bill.ASA Members helped defeat this bill in committee. Thank you!

Download a copy of ASA's letter of opposition here.

Download a copy of ASA's letter of support here.

Summary: ASA changed its position from support to oppose after the Assembly Appropriations Committee removed language that would have required law enforcement to pay reasonable compensation if medical cannabis or plants that were lawfully possessed were damaged or destroyed by police officers or Sheriffs.

Summary:  This bill is designed to better regulate doctors who recommend medical cannabis and commercial medical cannabis activity in California. The bill establishes a new bureau in the Department of Consumer Affairs to issue licenses, develop regulations, enforce the rules, and more.

Download a copy of a memo by Sebastopol Mayor Robert Jacob and ASA recommending changes to SB 1262. (March 10, 2014)

Download a copy of ASA's letter of support, including suggested changes, for the Senate Health Committee here (April 21, 2014)

Download a copy of additional information about medical cannabis in pharmacies and high- Cannabidol medicine prepared for the Senate Health Committee here. (April 21, 2014)

Download a copy of ASA's letter of support for the Assembly Public Safety Committee here. (June 19, 2014)