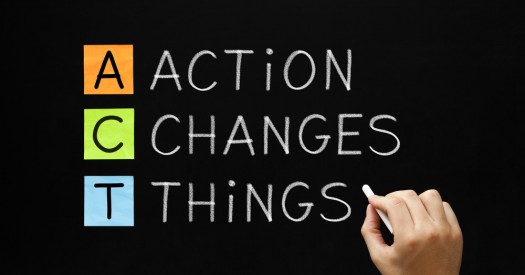 Freedom. Americans dedicate an entire day to celebrating it, yet our country is home to the world’s largest population of prisoners. Several of these men and women are serving time for medical marijuana, even though they were following state law allowing their activities. In a recent New York Times article entitled Lock ‘Em Up Nation: Mandatory Sentencing for Medical Marijuana, Timothy Egan writes, “if Larry Harvey, at the age of 70, with his gout and high blood pressure and bum knee, gets the mandatory 10-year term, he’s likely to die in prison, certainly not the last casualty of the assault on our citizens known as the War on Drugs. For him, freedom is just another word his congresswoman likes to throw around on the Fourth of July.”Like so many others before him, Larry Harvey is staring down the barrel of a federal prosecution for growing less than 70 plants on his 34-acre property, along with four other authorized patients. U.S. Attorney’s have also indicted Larry’s wife, his son and daughter in law, and a family friend. Together, they are known as the “Kettle Falls Five.” If trial proceeds on July 28, defense attorneys will not be allowed to argue the cannabis was being grown for medical purposes. Just the opposite, a federal judge recently granted a continuance to allow prosecutors to alter video evidence in order to edit out doctors’ recommendations and a large sign with a green cross, so as not to “confuse the jury.”

This exact scenario is what Congress hopes to prevent with a bipartisan amendment to the Commerce-Justice-Science (CJS) appropriations bill. It prohibits the Department of Justice from interfering with medical marijuana implementation in states where use is legal. In a practical sense, DEA agents, U.S. Attorneys and U.S. Marshals would be starved of funding that is currently used to arrest, raid and prosecute legitimate patients like the Harveys, as well as their care providers. On May 30, the U.S. House passed the historic reform with a vote of 219-189. Three weeks later, Senators Rand Paul (R-Ky.) and Cory Booker (D-N.J.) put forth an identical amendment, which now awaits a vote in the U.S. Senate. Will you help us make sure the Senate sends the amendment to the President’s desk?All this week, U.S. Senators are back in their home states on recess for the 4th of July holiday. There’s no better time for patients to make our voices heard! Here are five simple ways to get your point across:

1. Write a Letter to the Editor – Members of Congress and their staff keep track of what’s happening at home by reading local newspapers. When you submit a Letter to the Editor that mentions your U.S. Senators by name, you’re almost certain to get their attention. We’ve made this one really simple by creating a template you can use to send a pre-written letter to every newspaper in your area.

2. Schedule a Meeting – Contact your U.S. Senators office and make an appointment to meet with staff members at the district office that is closest to you. Be sure to bring along this one-page fact sheet with all of the information they’ll want about the CJS amendment. Don’t be afraid to ask whether the Senator is making any public appearances while home on recess; this will come in handy for the next item…

3. Attend a Community Event – Check out local event calendars to see if your U.S. Senator will be attending any Independence Day barbecues or neighborhood picnics. This is a great way to meet your Member of Congress in person and explain why this issue is so important to you. Keep in mind, there are a lot of other people who are probably there to do the same thing you are, so keep your comments short and to the point, and most importantly, be friendly and polite.

4. Send an Email – If you aren’t able to get out to meet with your U.S. Senator or their staff in person, be sure to send them an email to let them know your views. Once again, it’s as simple as the click of a mouse with this pre-written email that will be automatically sent to the appropriate Members of Congress.

5. Share, Share, Share – To make an even bigger bang, ask a few of your friends or family members to take action. Simply forward this email to five other people and create a firework effect! You can also follow us on social media and get involved that way too. It’s never been easier to make an impact at the federal level -- Don’t miss this opportunity to make history!