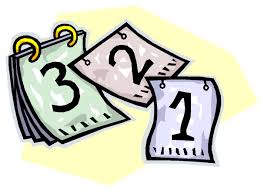 One more week... The CA Citizen Lobby Day is just one week away. We need to see a strong showing of support in the Capitol Building next Monday, August 4, to amplify all of the voices from the medical cannabis community at this crucial moment. Key committee votes may happen just days after our lobby day, and final votes on the floor of the Assembly will come soon after. Your lawmakers need to know that this issue matters to voters in their district. Will you be there to speak up?

Register today for the CA Citizen Lobby Day in Sacramento on Monday, August 4. Don’t wait any longer. I only have one more week to schedule appointments for you with your Assembly and Senate offices.

We will be hearing from Senator Lou Correa (D-Santa Ana), the co-author of SB 1262, on Monday morning. We will also be hearing from you. Participants will have a chance to talk to the group about the bills and complete a constituents’ survey about amendments and final positions on legislation. This matters because eleventh-hour amendments in the Assembly Appropriations Committee may have a dramatic effect on SB 1262, the controversial bill that seeks to better regulate doctors and commercial medical cannabis activity in the state. I know many patients and other stakeholders have opinions to share. Now is the time.

There are other important topics on the table, too. SB 1193 by Senator Noreen Evans (D-Santa Rosa) will require law enforcement to pay patients and caregivers reasonable compensation if wrongfully-confiscated medical cannabis or plants are damaged of destroyed. We are also looking for support for ASA’s Medical Marijuana Organ Transplant Act of 2015. This bill will prevent legal patients from being denied a life-saving organ transplant because of their medical cannabis use. We also need to talk about local bans and unreasonable city and county regulations.

It does not matter if you support, oppose, or are undecided on the bills. Your voice is needed in Sacramento at this strategic moment. Do not miss a chance to share your views with other stakeholders, lawmakers, and legislative staff face-to-face.

There will be a light breakfast, legislative briefing, group discussion, citizen lobby training, and more on Monday morning at the Citizen Hotel. We will be coming back to the hotel for a VIP reception honoring Assembly Member Tom Ammiano (D-San Francisco) after the lobby day.

Register today for the CA Citizen Lobby Day in Sacramento on Monday, August 4. ASA is requesting a donation of $25 to pay for the catering and hotel, but no one will be turned away for lack of funds.

See you in a week!

When it comes to marijuana law, California is a very confusing place. Cities have their own laws, bans, and ordinances, as do counties, and the State of California itself. Combine that with conflicting and confusing case law, and it’s important to have an Attorney General that is pro-marijuana. Ron Gold is an Attorney General candidate in California who is challenging the incumbent Kamala Harris.
Read more here.

This week, former California Assembly leader John Perez conceded the race for State Controller to Board of Equalization member Betty Yee. Democrat Perez had called for a recount after losing the second place spot to Democrat Yee by just five hundred votes in the primary.
Read more here.

Scientists with the California Department of Fish and Wildlife are warning that streams harboring endangered salmon and steelhead could go dry because of the heavy water consumption by marijuana growers. During the growing season, California “pot farms” consume 60 million gallons of water a day. That equals 50% more than is consumed by the entire city of San Francisco.
Read more here.

Anaheim small-business owner Tony Jalali fled Iran in 1978 for a better life in the land of liberty, but he soon may find his American Dream unconstitutionally taken from him by the city of Anaheim and the U.S. Attorney's Office for Southern California in a ploy that should leave most Americans shaking their heads in disgust. Jalali faces the loss of his well-maintained office building if the city and the federal government get away with an attempt to do an end-run around California laws.
Read more here.

City Attorney Gary Saenz wants a council committee to immediately begin studying alternative ways to enforce its medical marijuana dispensary ban, including allowing — and regulating — a small number of dispensaries. “We will present a plan which essentially acknowledges the futility and high cost of attempting to completely eradicate marijuana dispensaries with our current system, by which we will continue to spend hundreds of thousands and eventually millions but will never significantly achieve success,” Saenz said, reading from a prepared statement on Monday.
Read more here.

First, the out-of-state license plates came to the upper reaches of the Yurok Indian Reservation, followed by dump trucks of fertilizer and heavy equipment that punched roads into tribal land. Runaway marijuana cultivation had made it unsafe to hike, pray, gather medicine and materials for baskets, or prepare sites for ceremonial dances. Chemical runoff and silt harmed the salmon, and rodenticides poisoned the rare Humboldt marten and weasel-like fisher, which the Yurok consider sacred.
Read more here.

Bravos and bouquets to Paso Robles City Councilmen Fred Strong and Steve Martin for having the courage to vote against banning mobile delivery of medical marijuana. The proposed ban was presented by city staff as a “housekeeping measure” that would close a loophole allowing mobile sales within city limits.
Read more here.

According to a Santa Ana Police Department investigator who spoke with the Weekly, 17 medical marijuana dispensaries were visited by police in the past week. 42 tickets were issued to dispensaries operating in violation of the city's 2007 ban on pot clubs, three of which--Wax City, Emerald, and Wax-R-Us--have now closed. The operation came in the wake of a July 15 city council meeting in which councilmembers voted to appropriate $500,000 for ongoing anti-pot enforcement actions.
Read more here.

A budding trend in some of Riverside County’s poorest areas worries officials who fear hard-core criminals are turning backyards into drug farms. In the past year or so, more than 200 open-air marijuana grows have popped up in the unincorporated communities of Mead Valley, Good Hope and Meadowbrook, according to county officials. The fenced-in fields dotting the rural landscape are hidden in plain sight.
Read more here.

---
Tuesday, July 29, 2014 - Cathedral City Special Meeting of the City Council (Cathedral City)
5:30 PM at 68700 Avenida Lalo Guerrero, Cathedral City, CA  92234. The City Council will reconsider amedical cannabis ordinance and discuss a 15% tax on cannabis transactions - the highest in the state. Arrive early to complete a public speakers card in opposition to item 5 and in support of item 6 on the agenda.

---
Monday, August 4, 2014 – CA Citizen Lobby Day (Sacramento)
9:30 AM – 7:30 PM beginning in the Terrace Room, Citizen Hotel, 926 J Street, Sacramento, CA 95814.  Hundreds of ASA Members and allies will meet in Sacramento for a legislative briefing and citizen lobby day in support for sensible legislation to better regulate commercial medical cannabis activity and protect patients’ rights. California Senator Lou Correa (D-Santa Ana) will be our guest speaker on Monday morning, and ASA will honor Assembly Member Tom Ammiano (D-San Francisco) at a reception that evening. ASA requests a $25 donation for the event, but no one will be turn away for lack of funds. Please register now, so that we can schedule an appointment for you to see you state Assembly Member or Senator.

Peace for Patients is ASA’s grassroots campaign to end federal interference and intimidation in states where medical cannabis is legal. You can read ASA’s provocative report, What’s the Cost?, which explores the financial and human cost of federal enforcement. This section also has a petition to sign, a place to share your story, and more. Get involved in Peace for Patients!