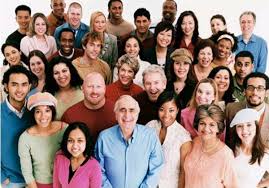 The authors talked with more than 7,500 Californians to reach important conclusions about medical cannabis use in California:

Read more about the study, “Prevalence of medical marijuana use in California, 2012,” and its significance in my blog from last week and the news section of the CA Weekly Roundup.

A 2013 survey in the New England Journal of Medicine found that nearly 8-in-10 doctors approved the use of medical marijuana. Now, a wide-ranging survey in California finds that medical marijuana patients agree: 92 percent said that medical marijuana alleviated symptoms of their serious medical conditions, including chronic pain, arthritis, migraine, and cancer.
Read more here:
http://www.washingtonpost.com/blogs/wonkblog/wp/2014/10/01/92-of-patients-say-medical-marijuana-wor

Attorney General Kamala Harris has had an uneasy relationship with marijuana. As San Francisco's District Attorney, Harris opposed the push to legalize marijuana in California in 2010. Marijuana advocates still campaigned heavily on her behalf during the AG race that fall, claiming the alternative, L.A. District Attorney Steve Cooley, was much worse. With her margin of victory a meager 75,000 votes, the state's roughly 750,000 card-carrying medical marijuana patients may have made the difference.
Read more here:
http://www.sfweekly.com/sanfrancisco/chem-tales-kamala-harris-mendocino-marijuana/Content?oid=3177493

State drug agents told KPIX 5 the number of pot plants growing in California has doubled in the past five years. Marijuana is by far the state’s number one cash crop. Much of it is growing in the mountains of Humboldt County, where pot has always been big business. But it really took off after the state legalized medical marijuana. Now many are taking advantage and cashing in on California cannabis.
Raed more here:
http://sanfrancisco.cbslocal.com/2014/09/30/northern-california-marijuana-grows-attract-international-investment-humboldt-county-pot-bulgaria-green-rush/

Voters will have a chance to overturn San Jose's strict new regulations on pot shops in favor of looser rules, though it will be a while before the weed war ignites at the ballot. The City Council in June voted to limit all shops to select industrial areas that make up less than 1 percent of San Jose, while the surviving marijuana stores would then have to adopt costly new safety and operational standards. Angry opponents argued that virtually all of San Jose's 80 dispensaries would have to close by the time the rules take full effect in summer 2015 and had warned they would try to overturn the law change at the ballot box.
Read more here:
http://www.mercurynews.com/bay-area-news/ci_26636188/san-jose-medical-marijuana-measure-headed-voters-would

The owner and two employees of a Studio City medical marijuana shop huddled in a bathroom Tuesday evening after two men broke in and ransacked the store before police circled the store and caught the would-be robbers in the act.
Read more here:
http://www.nbclosangeles.com/news/local/Would-Be-Pot-Shop-Robbers-Caught-in-the-Act-277740511.html

For one lovely Los Angeles weekend—Independence Day weekend to be exact—legal medical marijuana users shopped for cannabis the way they might shop for fresh strawberries, avocados, and flowers: at a local farmers market.
Read more here:
http://reason.com/archives/2014/09/28/farmers-market-marijuana

Vallejo firefighters found a large marijuana grow Thursday night inside a burning commercial building at 615 Florida St. Fire crews responded to the blaze at about 6:45 p.m. to find smoke coming out of all sides of the building as well as the roof, Vallejo Fire Battalion Chief Cliff Campbell said. As crews entered they came across tripwires attached to pepper spray burglar devices and smoke bombs as well as a large number of marijuana plants and indoor-growing equipment, Campbell said.
Read more here:
http://www.timesheraldonline.com/breaking_news/ci_26654521/vallejo-firefighters-find-booby-trapped-marijuana-grow-burning

Washington State and Colorado have legalized marijuana, and voters in Oregon and Alaska will decide next month whether to make it legal in their states. And there's a good chance that Californians will vote on whether to fully legalize the drug within the next couple of years, a lobbyist for Tulare County told the county Board of Supervisors Tuesday night.
Read more here:
http://www.visaliatimesdelta.com/story/news/local/2014/10/02/ending-pot-prohibition/16572225/

The first legally licensed medical marijuana dispensary in San Diego County is now open for business in El Cajon. Located in a largely industrial area on the east side of Gillespie Field, there are no schools in the vicinity. State and county ordinances prohibit marijuana dispensaries near schools.
Read more here:
http://fox5sandiego.com/2014/09/24/first-legal-marijuana-shop-opens-in-the-county/

6:00 PM at www.blogtalkradio.com/marijuananews Tune in for this weekly live Internet broadcast about cannabis and medical cannabis issues. You can call in to participate.

6:30 PM at the Community Services Building, 440 Civic Center Plaza, Richmond, CA 94804. The City Council may vote on expanding the number of patients’ cooperatives and collectives. Arrive early to complete a public speakers card. Check the agenda in advance, as this date is subject to change: http://www.ci.richmond.ca.us/index.aspx?NID=151

9:30 AM in the Administrative Building, Board Chambers, 1221 Oak Street, 5th Floor, Room 512, Oakland, CA 94607. The Board is voting on banning e-cigarettes and personal vaporizers, which may impact medical cannabis patients who vaporize their medicine. See the agenda here: http://tinyurl.com/mnmtcqk

6:00 PM at Mc Bean Memorial Park, 65 Mc Bean Park Dr., Lincoln, CA 95648. The City Council may vote on an ordinance to ban all medical cannabis cultivation. Contact the City Council in advance at http://ci.lincoln.ca.us/default.aspx?Jpage=11030 The date of this vote is subject to change.

7:00 PM online at https://plus.google.com/events/ci81048q7fsdtcqea8acs83boi8 or on YouTube at http://www.youtube.com/watch?v=uz50lVuqa6Q. This live broadcast with ASA CA Director Don Duncan will focus on local ballot measures and the November election. There will be time for questions and comments.

9:00 AM at the Hall of Records, 2281 Tulare St., Suite 302, Fresno, CA 93721. The Board will be hearing appeals of the excessive fines imposed on local cultivators. Agendas and contact information: http://www.co.fresno.ca.us/Departments.aspx?id=122

Join us March 27th – 31stfor the biggest and most important medical cannabis conference yet. Early bird and ASA member discounts are now available. Save money on registration, travel, and lodging by registering now. For more information: http://www.nationalmedicalcannabisunityconference.org

The County Board of Supervisors in Riverside County, CA, is considering a ban on all medical cannabis cultivation. The County already bans cooperatives and collectives that provide medicine in storefront locations, so the new ban on cultivation will cut off all legal access to patients in the county. Riverside County has more than 2 million residents, so this will affect a lot of people. Will you take a few minutes to call the five members of the Riverside County Board of Supervisors with a short message opposing the ban?

Americans for Safe Access (ASA) is the nation’s leading medical cannabis patients’ advocacy organization. We have the only office in Washington, DC, devoted exclusively to national medical cannabis issues – ending federal raids, changing federal laws, rescheduling cannabis, and more. But we are fundamentally a grassroots organization, and our roots are firmly planted in local community organizing. Is there work to be done around medical cannabis in your hometown? ASA may have a tool to help you do it. Visit this section of our website to learn more about forming an ASA Chapter, Action Group, or affiliated organization.