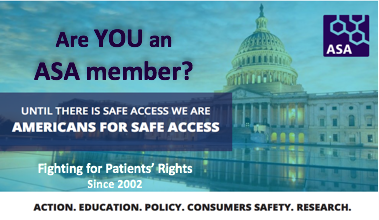 These are uncertain times for medical cannabis patients and providers. President elect Donald Trump has nominated cannabis opponent Alabama Senator Jeff Sessions to be the US Attorney General. Sessions testified at a Congressional hearing this year that “Good people don’t smoke marijuana.” With the stroke of a pen, Session can undue historic progress made in 2013, when the DOJ issued its historic memo de-prioritizing medical cannabis enforcement.

ASA worked hard with our champions on Capitol Hill to pass the Rohrabacher-Farr amendment in 2014 and 2015. The budget amendment prohibits the DOJ from spending any money to enforce federal law in medical cannabis states. However, that historic amendment expires on April 28, 2017. The Rohrabacher-Farr amendment has already helped stop federal prosecutions and civil assert forfeiture, but its future is up in the air right now.

So what can we do? We can double down on our efforts to talk to members of Congress and to mobilize our grassroots base. ASA has laid out a comprehensive plan for federal reform in our new briefing book, Medical Cannabis in America, that can end the state/federal conflict once and for all. We are also pursuing administrative and legal remedies, with strategies like our new Information Quality Act (IQA) petition to force a change in federal policy. 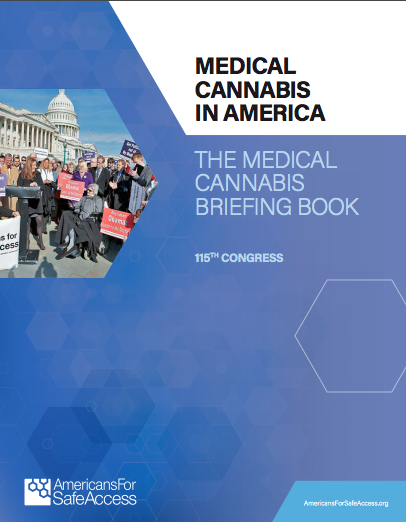 As 2016 wraps up, we need YOU to commit to making sure ASA has the resources we need to make a real difference in our future? Your one-time or recurring contribution makes it happen.

Thank you in advance for working with us to protect and expand patients’ rights nationwide. Look at all we have accomplished this year ASA's 2016 Accomplishments.

Have a safe, happy and healthy New Year!