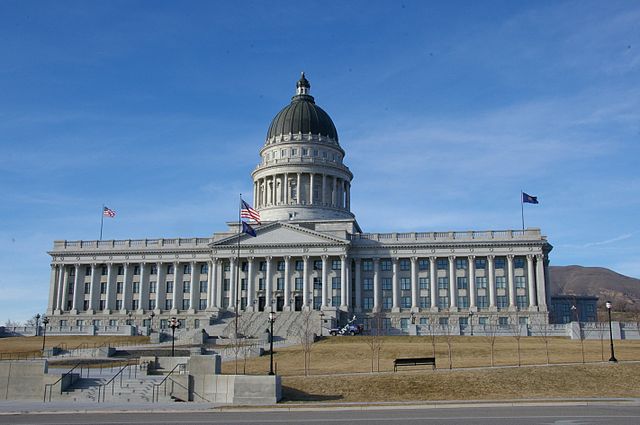 Washington, DC — On October 4, 2018 Utah legislators released draft text of legislation known as the Utah Medical Cannabis Compromise Bill. This bill was drafted in response to Proposition 2, a citizen led initiative that legalizes the medicinal use of cannabis in Utah, and was intended to fix perceived issues and shortcomings with the initiative. Americans for Safe Access (ASA) previously scored Proposition 2 when the initiative was certified and gave the initiative a score of 61.80% (309.02 / 500 points) When scored on the same matrix, the Medical Cannabis Compromise Bill received a score of 57.87% (286.83 / 500 points).

These scores are based on ASA’s annual report entitled “Medical Marijuana Access in the United States”. This report grades the current state of medical cannabis programs around the country in five categories; (1) Patient Rights and Civil Protections from Discrimination, (2) Access to Medicine, (3) Ease of Navigation, (4) Functionality and (5) Consumer Safety and Provider Requirements.

Unlike Proposition 2, the Compromise Bill requires distribution of medical cannabis through a state central fill pharmacy and eliminates the ability of patients to access dried cannabis flower (except in limited special circumstances). However, the Compromise Bill provides for stronger Patient Rights protections than the text of Proposition 2, including protecting employees from discrimination for their use of medical cannabis.

“Americans for Safe Access supports any effort, whether led by citizens, or led by lawmakers to improve access to medical cannabis. However, we are not comfortable with the compromise bill as written. The compromise legislation creates serious issues of accessibility and functionality for patients, particularly when considering the framework of a state central pharmacy.” said David Mangone, Esq., Director of Government Affairs for Americans for Safe Access. “Neither Proposition 2 nor the Compromise Bill are perfect, however Proposition 2 is the clear winner when it comes to access to medicine and helping patients suffering from debilitating conditions.”

Like many other states, Utah voters will have the opportunity to decide the future of their medical cannabis program on November 6, 2018. Regardless of whether the initiative passes Governor Gary Herbert has publically insisted that the Utah Legislature will take up the issue of medical cannabis this coming legislative sessions. For an overview of the role of medical cannabis in other state elections visit www.VoteMedicalMarijuana.com.

The detailed scoring rubric of the Compromise Bill can be read here.