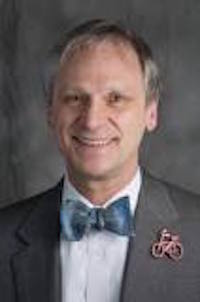 Today, the  U.S. House of Representatives voted to approve the  Veterans Equal Access Amendment (VEAA) to the FY2017 Military Construction and Veterans Affairs (MilConVA) Appropriations bill, which sets the budget for the Veterans Administration (VA). The amendment, which creates a path to medical cannabis therapy for veterans receiving their healthcare through the VA, was approved by a vote of 233-189 with 57 Republicans and 176 Democrats. The amendment was sponsored again by Representative Earl Blumenauer (D-OR) with bipartisan co-sponsorship from Representatives Heck (R-NV), Farr (D-CA), Rohrabacher (R-CA), Reed (R-NY), Titus (D-CA), Lee (D-CA), Gallego (D-AZ), and Polis (D-CA).

The Veterans Health Administration (VHA) Directive 2011-004, explicitly forbids VA physicians from filling out recommendation forms for state medical marijuana programs or discussing medical marijuana benefits with the veterans in their care. This directive was set to expire on January 31, 2016; however, the policy remains in effect, leaving it up to Congress to take action to fix the problem. Under this policy, veterans who are dependent on the VA for health care are denied equal access to state medical marijuana programs or honest conversations with their doctor. The VEAA would forbid the VA from using any funds to punish physicians who write recommendations or discuss benefits of medical marijuana therapy with their patients. If signed by the President, it will have to be renewed again next year.  The CARERS Act, currently awaiting a hearing in both houses, would make this provision permanent.

Representative Blumenauer described the current problems veterans seeking medical cannabis access face by saying, “They have to go ahead and hire a physician out of their own pocket, not dealing with the medical professional of their choice, their VA doctor, who knows them the best.” This problem hurts low-income veterans the most, as they are in the worst position to pay for out of pocket medical expenses.

Opposition to the amendment seemed tepid at best. “I rise somewhat reluctantly.” said  Rep. Charlie Dent (R-PA), who went on to say, "I understand that the country is evolving on this issue as many states, including my own, have moved forward on medical marijuana," in speaking against the vote.

With the passage of last year’s VEAA, many veterans in legal medical marijuana states have taken advantage of the opportunity to utilize medical cannabis therapy to treat a host of ailments often incurred through active duty such as chronic pain, PTSD, traumatic brain injury, phantom limb syndrome, cancer, and depression. “I can tell you for certain, with every ounce of my integrity, that without the benefits of medical cannabis, I would not be standing here before you all today, “ states former US Army Captain Eric Gudz. ASA and Capt. Gutz met with House offices as part of the lobbying effort to pass the amendment.

“We are pleased that both the House and Senate have made it clear that the Veterans Administration should not punish doctors for recommending medical cannabis to their veteran patients,” said Michael Liszewski, ASA Government Affairs Director. “We anticipate this amendment will reach the President, and once signed, it will give VA physicians another tool in their toolbox to treat the healthcare needs of America’s veterans.”