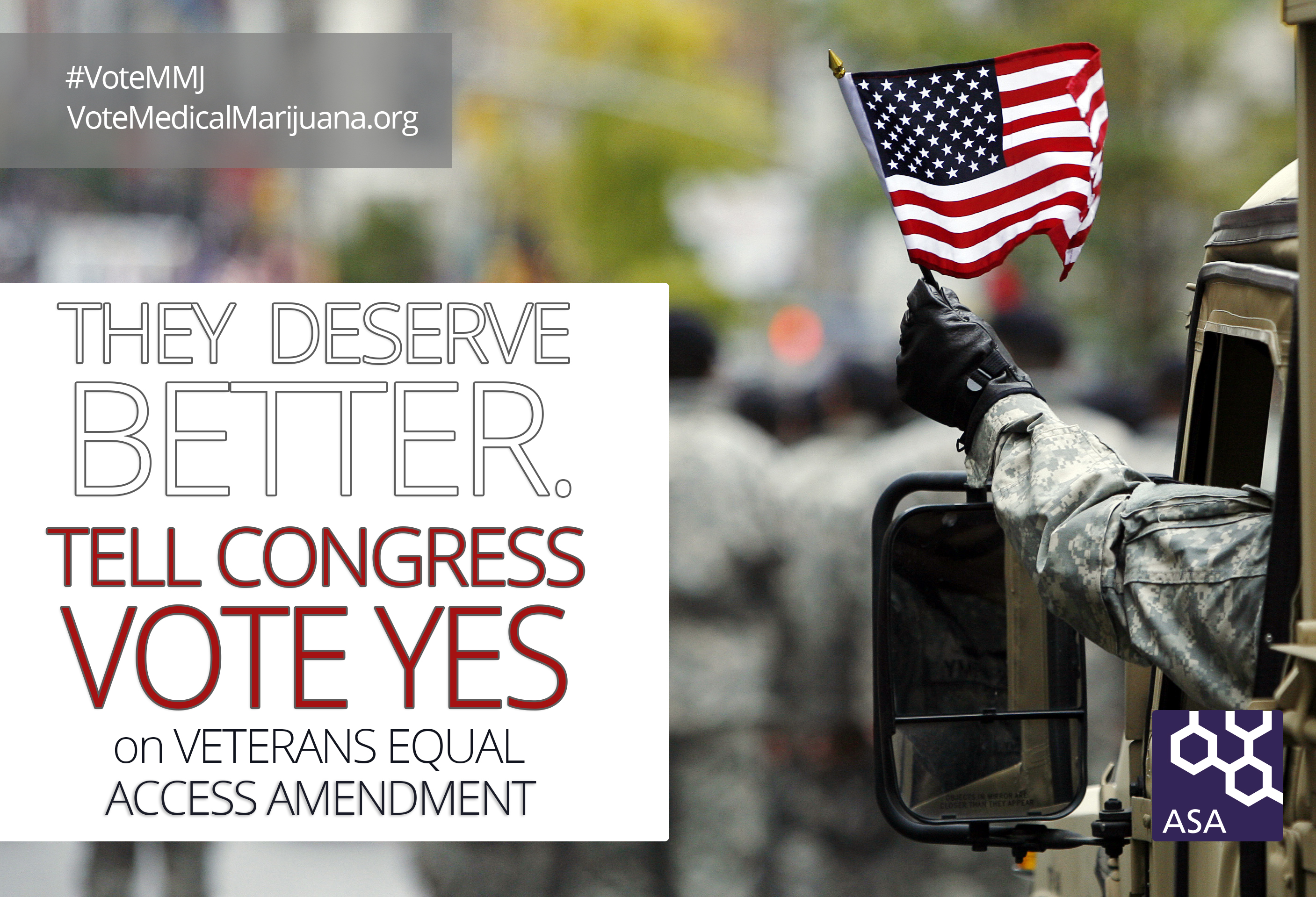 Tomorrow, the U.S. House of Representatives will vote on the Veterans Equal Access Amendment as part of the full committee markup of the MilCon-VA Appropriations Bill. The amendment will be Representative Earl Blumenauer (D-OR) and a bipartisan group of cosponsors. It would allow V.A. physicians to make written recommendations to veteran patients in states with medical cannabis programs. Current V.A. policy forbids their physicians from recommending or even discussing the benefits of medical cannabis.

The policy is set by VHA Directive 2011-004. This directive was set to expire on January 31, 2016; however, the policy remains in effect. This means that Congress must take action to fix the problem. The Veterans Equal Access Amendment would help lift this “gag order” that is currently being imposed on VHA physicians. Like the Rohrabacher-Farr Amendment that protect state medical cannabis programs, this amendment would have to be renewed on an annual basis.

Last year, the amendment was narrowly defeated in the House by a vote of 210-213. However, last month, the Senate Appropriations Committee voted in favor of the amendment with solid bipartisan support, as 6 Republicans joined 14 Democrats. ASA has been meeting with House offices to pick up the necessary votes to win. We also need to make sure that everyone who voted for the amendment last year votes does so again. Victory is within reach, but we must all do our part by urging our House Reps to vote YES on the Veterans Equal Access Amendment.