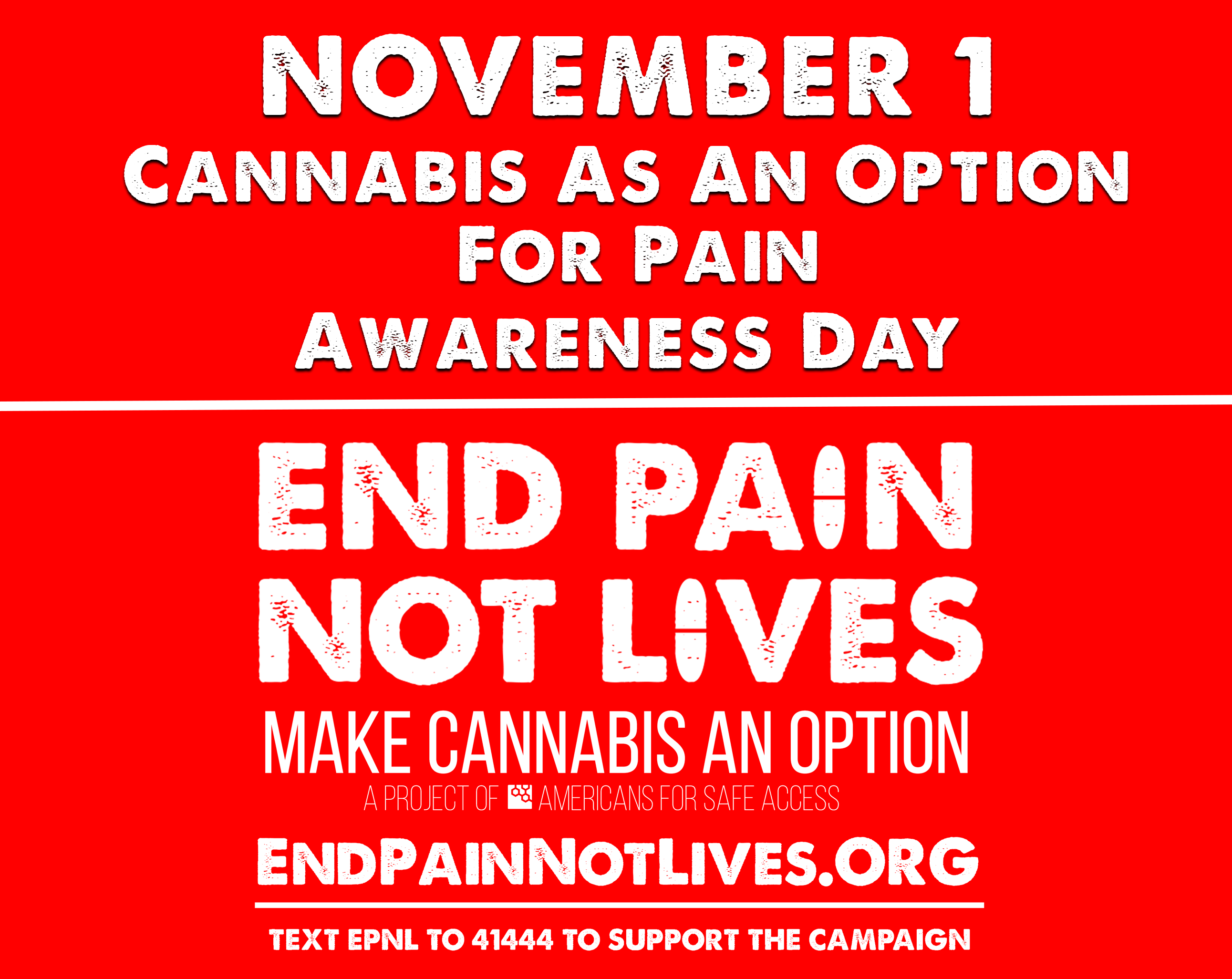 WASHINGTON, DC — Today, President Trump declared the opioid crisis a public health emergency. While this is good news, this declaration does not carry the same weight as the national emergency declaration the President promised in August because it does not include the necessary provisions for new funds which states need to combat the crisis. Nor does the Administration have a substantive plan for helping the states implement a concerted effort to combat the crisis.

“We are glad that the President is finally formally recognizing that our country is indeed in a crisis,” stated Steph Sherer, Executive Director of Americans for Safe Access. “However, he failed to address the fact that one in three Americans suffer from chronic pain and one in ten have experienced severe pain every day for three months or more. The shortfalls in funding for states means it is more important than ever that Congress ensures that states can continue to run medical cannabis programs that are having an impact on this crisis that claims 91 American lives a day. States with medical cannabis programs are seeing reductions in opioid related deaths of up to 25%, and without action from Congress this year, AG Sessions could have free reign to interrupt these effective programs that are saving lives. The Administration and lawmakers need to stop ignoring the glaring evidence that medical cannabis is an important tool in addressing the opioid crisis.”

However, programs from these states, and the critical tool of medical cannabis to fight the opioid crisis are at risk. Medical cannabis remains illegal under federal law, but currently the Department of Justice is prohibited from spending federal dollars on prosecuting medical cannabis patients because of an annual Congressional Appropriations amendment. This protection, known as the Rohrabacher-Blumenauer amendment has been included each year since December 2014. If the Rohrabacher-Blumenauer amendment, which protects state medical cannabis programs, is allowed to expire, it is possible that many more individuals will die from opioid overdose because of a lack of safe access to alternatives to pain management.

On November 1, Americans for Safe Access, along with approximately 150 advocates will hold a press conference and rally in Upper Senate Park in Washington, DC to encourage Congress and the Administration to consider medical cannabis as an option for pain in order to help mitigate the current opioid overdose crisis. Sister rallies are planned across the country. Advocates hope that both the Administration and Congress will take measures to ensure medical cannabis states have the protections and federal support they need to utilize medical cannabis as a treatment for pain and, in turn, decrease opioid addiction and overdose in their states.