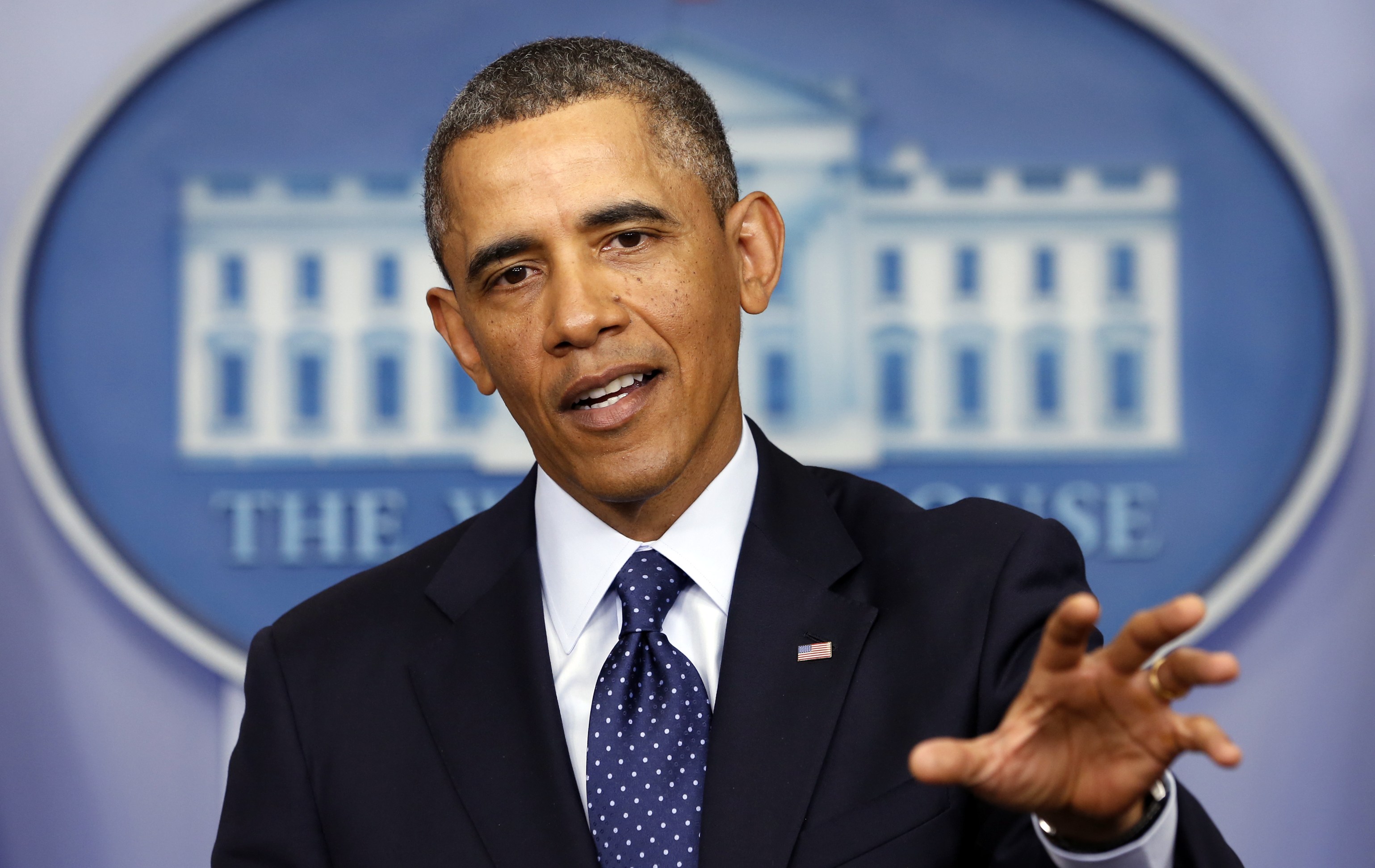 In the past year or so, the federal government has taken a number of steps towards easing the crackdown on state-legal medical marijuana patients that began shortly after California passed Prop 215 in 1996. From the passage and signing on the Rohrabacher-Farr Amendment, to the introduction of the CARERS Act, to lifting the Public Health Service (PHS) Review Process that inhibited research, to the Senate Drug Caucus hearing on cannabis-based therapeutics, it is clear that both Congress and the Administration see the current policies against medical marijuana research and access are not sustainable for much longer.  And with President Obama's announcement that many people who are currently incarcerated for federal marijuana violations may be released, it seems likely that he would be willing to consider additional options to keep the momentum going.

Despite this undeniable progress, there is a great amount of work left to be down, most prominently in the area of immediate access. Here are several things that President Obama can either take action directly on or encourage his Administration to do so that would incrementally help end the federal war on medical marijuana patients. Many of these items would ultimately be better served through passage of the CARERS Act, as it would be binding and permanent legislation that another subsequent POTUS could not ignore. However, there is no reason for Administration to wait for Congress to act, and here's a list of several things they should get started on.

When the Department of Justice issued the Cole Memo in 2013 on marijuana prosecutorial guidance, many in the patient advocacy community were skeptical that it would scale down the crackdown on state-legal medical marijuana conduct in any meaningful way. And while it's true that several rogue US Attorneys and other federal prosecutors - primarily in WA and CA - have ignored the discretion by continuing their fervent crusade against state-legal conduct, generally speaking the war on patients has been less intense since the 2013 memo. But a less intense war is a war nonetheless, and prosecution of the Kettle Falls Five in 2014-2015 was arguably the most egregious case the feds have ever brought against a group of patients.

To fix this, President Obama should direct Attorney General Loretta Lynch to personally issue a memo instructing clarifying the DOJ's adherence to the Rohrabacher-Farr Amendment. The prosecutions and raids that DOJ continues to conduct are clearly in violation of the legislative intent behind the amendment that was most recently affirmed when Senator Mikulski successfully got it passed 21-9 in the Senate Appropriations Committee.  With the memo coming from the AG instead a Deputy AG like Cole, the memo would be more difficult for federal prosecutors to ignore.

The lifting of the PHS Review Process for marijuana research lifted on the chief barriers to medical marijuana research; however, other serious barriers remain. Most notably, the DEA-mandated NIDA monopoly over the research supply of marijuana has stood in the way of research, such as Dr. Sue Sisley's attempt conduct research on veterans with PSTD (notably, Dr. Sisley's research was one of the rare instances of a proposal clearing the PHS review process). The DEA mandates the monopoly based on their interpretation of international treaties, but other countries such as the United Kingdom interpret the treaty to allow multiple licenses. This would be a great way for newly appointed Acting Administrator Chuck Rosenberg to demonstrate supports robust medical marijuana research.

3. Release all Federal Medical Marijuana POWs who were not Violating State Law

Although the federal war on patients is not raging quite like it once was, many of those who were prosecuted several years ago are still serving lengthen mandatory minimum sentences. There are still at least two dozen men and women serving time for attempting to facilitate safe access to patients under state law. Unfortunately, many of them will not be eligible for the planned release of non-violent federal marijuana offenders because there may have been a firearm at the cultivation site or dispensary, despite the fact that the firearm was not used in any sort of violent way. Federal prosecutors tried to incarcerate Chris Williams for over 80 years due to incidental presence of firearms until public outcry resulted in less harsh sentence. Unless an act of actual hostility was perpetrated, President Obama should order the release of all state-legal medical marijuana POWs in federal prison.

In the meantime, you can send these POWs a message of support or help them in other ways.

4. Hasten the DOJ/FDA Response to the Governors' 2011 Rescheduling Petitions

In 2011, governors from four states issued two separate rescheduling petitions (one from RI, WA, and VT, the other from CO) seeking to take marijuana out of Schedule I of the Controlled Substances Act. Nearly four years later, there still hasn't been much of a response from DEA and FDA, although that may have changed a bit at the end of June when it was announced that the FDA was moving forward with evaluating an unnamed rescheduling effort. While neither the President nor the AG can reschedule marijuana with the simply stroke of the pen, Obama should strongly encourage both DEA and FDA to speed up the process and issue a decision. Patients do not have time for another decade-long appeals dispute on rescheduling petitions.

5. Instruct the Veterans Administration to Lift the MMJ Gag Order on V.A. Physicians

Under the current federal rules, V.A. physicians are prohibited from discussing the benefits of medical marijuana with their patients, and are also prevented from writing recommendations for state medical marijuana programs. The amounts to a "gag order" that prevents our veterans with PTSD, chronic pain, phantom limb syndrome, and other issues that affect veterans a greater rates than the rest of the population from having the same access to these programs that everyone else in a given medical marijuana state has. Efforts to lift the gag order were nearly successful in Congress this year, and the current VHA Directive expires at the end of the year. The President should instruct the VHA to issue a new Directive that is consistent with the Veterans Equal Access Act that was introduced by Rep. Earl Blumeanuer and later made a part of the CARERS Act.

Senator Kirsten Gillibrand, an original cosponsor of the CARERS Act, has called for DOJ to allow her state of New York to import low-THC medical marijuana products from places like Colorado so that patients would have immediate access to high-CBD extracts to treat conditions such as seizure disorders. Providing instant access is a commonsense policy that should apply to any state that allows access to high-CBD extracts. To make it even better and help substantially more patients, it should apply to all forms of medical marijuana.

Last year the Treasury issued joint-guidance with DOJ to banks regarding how they can do business with state-legal marijuana businesses. This came about because existing laws and policy make it difficult-to-impossible for banks to do any business with those who produce and sell marijuana under state medical marijuana laws. As a result, nearly all medical marijuana businesses operate in a cash-only environment, which causes difficulty for regulators and creates danger for patients and those in the industry. Unfortunately, last year's memo did not provide most banks with enough confidence to take only medical marijuana clients. President Obama should instruct the Treasury and DOJ to revise the current guidance memo in a way that makes banks confident enough to provide robust banking services to state-legal clients.

8. Instruct the IRS to Issue a Tax Code Comment on 280e

In addition to being denied access to banking services, state-legal medical marijuana providers are not allowed to make standard business deductions like any other legal business can do for federal tax purposes. This creates an enormous tax liability issue for businesses that do their best to play by the rules. President Obama should direct the IRS to write a new regulation in 26 CFR Part 1 providing guidance on Section 280e of the IRS Tax Code that would make it make it clear that business who produce or provide patients medicine under state law can make theses deductions.