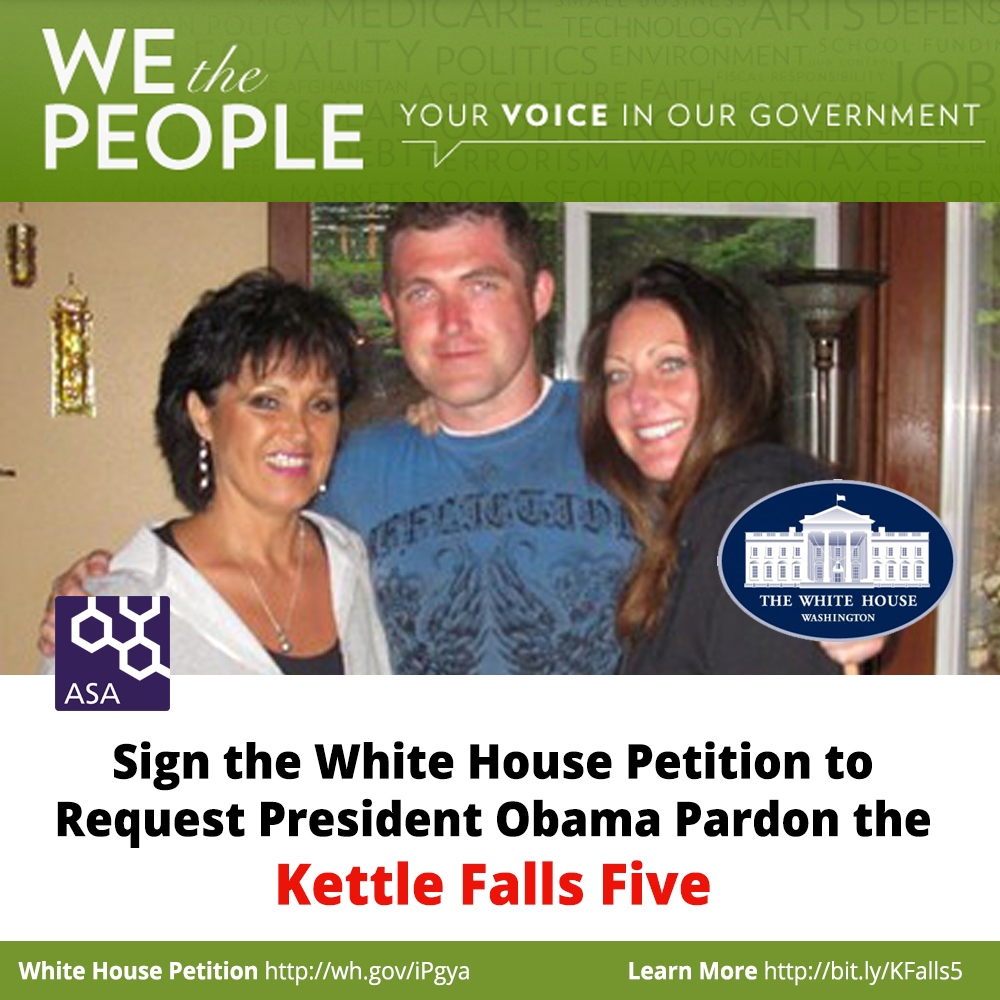 For the past few years Americans have been outraged by the Kettle Falls Five medical cannabis case. In August of 2012 the Drug Enforcement Agency seized cannabis plants on the property of Larry Harvey and his wife Rhonda Firestack-Harvey. Despite being legitimate participants in Washington’s medical cannabis program, federal prosecutors charged the couple as well as Jason Zucker, Rolland Gregg and Michelle Gregg. It was bad enough that they had been targeted by the federal government at all, but prosecutors outrageously tacked on charges that could have left the defendants facing mandatory minimum sentences of 5 and 10 years.

When the jury found the defendants not guilty of all of the initial charges, with convictions coming only for the “lesser included charge” of cultivation things looked brighter because a sentence of parole was possible. Sadly, last week Michelle Gregg and Rhonda Firestack-Harvey were sentenced to one year and Rolland Gregg was sentenced to 33 months.  Zucker had previously pleaded guilty in exchanged for a reduced sentence, but he is currently appealing his conviction. Charges were dropped against Larry Harvey due to a Stage IV terminal pancreatic cancer diagnosis, but only a matter of days before the case went to trial. He passed away in August.

Americans for Safe Access is calling on President Obama to commute the sentences handed down last week and pardon the Kettle Falls defendants. You can sign our petition here.

Obama Has Spoken Out Against Mass Incarceration and Used His Presidential Power To Free Non-Violent Drug Offenders.

During his second term in office President Obama has repeatedly called for a national dialogue about over-incarceration and criminal justice reform. Most notable to the Kettle Falls defendants was the President’s decision to commute the sentences of 46 nonviolent drug offenders this summer. The Department of Justice (DOJ) has also moved to grant the early release of 6,000 prisoners with similar backgrounds earlier this week. Some media reports suggest many more early releases are expected to happen.

During Obama’s first term, the war of medical cannabis patients continued and even expanded. However the situation has greatly improved in recent years as DOJ  issued guidance telling prosecutors that people acting in compliance with state medical cannabis programs were not a priority and the Congress passed the Rohrabacher-Farr medical cannabis amendment, which prohibited DOJ from spending federal tax dollars to interfere with the implementation of  medical cannabis programs.  In an interview last April Obama said “medical use of marijuana may in fact be appropriate” and suggested policy should, “ follow the science as opposed to ideology on this issue.”

On a policy level the logical next step is for both Congress and the President to support comprehensive medical cannabis reform legislation like the CARERS Act, but in the meantime pardoning the Kettle Fall defendants is only just course of action.