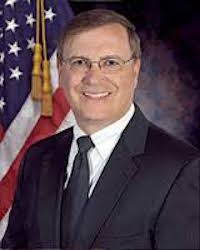 In anticipation of the DEA’s decision, Americans for Safe Access (ASA )drafted their own independent 8-Factor Analysis. ASA’s Senior Scientist, Dr. Jahan Marcu reacted to today’s DEA report, "Our report shows that the DEA failed to take into account over 9,000 patient/years of data with medical cannabis products used in gold standard clinical studies. Instead the DEA focused on outdated information from last century, animal research, surveys, and disregarded dozens of clinical trials that didn’t fit into their political agenda for regulating medicine. Furthermore, the DEA has misinterpreted several studies reporting non-serious adverse events of cannabis as an indication of a serious potential for harm. It’s like the 20 years, consisting of thousands of published research articles, never happened."

The news of the DEA decision comes just a day after the National Conference of State Legislators passed a resolution asking that Congress remove marijuana from its current status. In doing so, they have joined members of Congress and health organizations, including the American College of Physicians and the American Academy of Pediatrics, calling for the DEA to act. In a letter dated June 23, 2016, addressed to the U.S. Attorney General and the DEA, Elizabeth Warren (D-MA) and seven other U.S. Senators requested an update on the DEA’s timeline for issuing a scheduling determination, noting that the rescheduling of cannabis and the resolution of other regulatory barriers to research is a time-sensitive matter that requires immediate action. The group commented that despite it being a Schedule I substance, 42 states have adopted medical cannabis programs, and the disconnect between state and federal law creates a host of problems for legitimate cannabis businesses and the ability to conduct clinical research.

Patient advocacy groups like ASA, the Epilepsy Foundation, and several others have been appealing to members of Congress to reclassify cannabis for medical use for many years. In April, a diverse group of patient organizations sent a letter to the DEA urging the DEA to reschedule.

ASA Executive Director Steph Sherer reacted to the news, “This decision illustrates that the FDA and DEA are stuck in a semantic battle which has caused this current conflict between state and federal medical cannabis laws. This is evidence that the administrative process for rescheduling cannabis is broken and unworkable. It is up to Congress to rectify this situation by passing the CARERS Act.”

The Compassionate Access, Research Expansion, and Respect for States (CARERS) Act (S. 683, H.R. 1538), introduced in 2015, which in addition to rescheduling cannabis, would allow states to establish medical cannabis access laws and product safety regulations without interference by the federal government, and remove current obstacles to research.