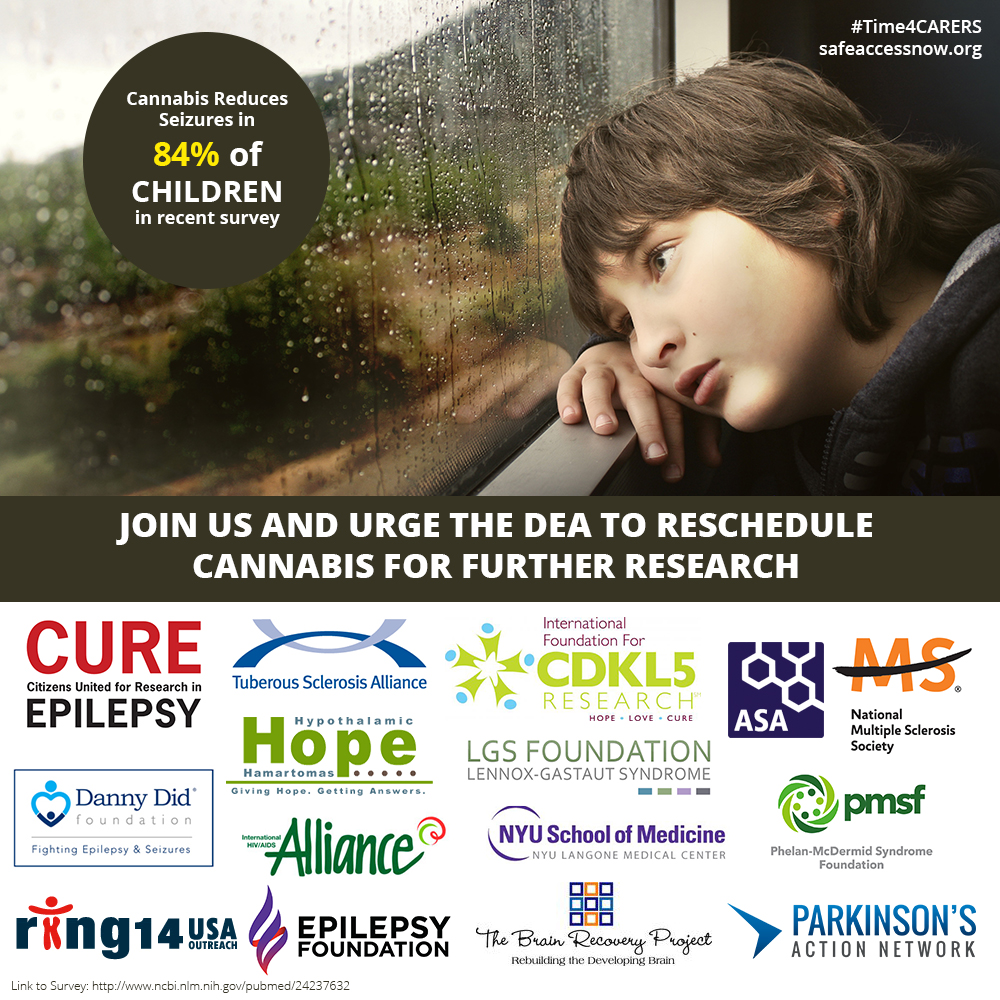 On April 28th, the Epilepsy Foundation sent a group letter signed by patient organizations, including Americans for Safe Access, to the Drug Enforcement Agency (DEA) asking them to remove the federal barriers to cannabis research, and to remove it from its current schedule one status. The letter was initiated in response to the DEA’s  announcement that it would make a determination, based on the Food and Drug Administration’s (FDA) recommendation, on the scheduling of cannabis in the first half of 2016.

This announcement was made in a letter from the DEA, the Department of Health and Human Services (HHS), and the Office of National Drug Control Policy (ONDCP), sent to the Senate. In the letter was the statement, “The DEA has received the HHS scientific and medical evaluations, as well as a scheduling recommendation, and is currently reviewing these documents and all other relevant data to make a scheduling determination in accordance with the CSA.”

The letter from the three agencies was in response to a 2015 letter they received from seven US Senators, including two of the original sponsors of the CARERS Act, Senators Cory Booker, and Kirsten Gillibrand.

The group letter, addressed to DEA Acting Administrator Chuck Rosenberg, is intended to send a clear message to the DEA that organizations representing millions of patients support removing cannabis from its schedule one status.  The letter states, “Moving cannabis from Schedule I in the Controlled Substances Act would lift federal barriers to research on cannabis, which would ultimately lead to new treatments as well as much needed information that can help families make informed choices about medical cannabis.”

Besides the Epilepsy Foundation and ASA, some of the organizations who signed the letter were:

ASA, along with these other organizations, want to go on record urging the DEA to move forward in removing cannabis from its schedule I status so that cannabis’ full therapeutic potential can be researched and utilized.  If you or your organization would like to get involved, submit a copy of our letter to the DEA.