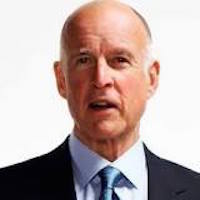 The bill goes next to the Governor, who has twelve days to sign or veto the bill. You can send a message to Governor Brown asking him to sign the bill right now:

ASA wants to say a special thank you to thousands of members and friends who made phone calls, sent emails, and signed a petition in support of the bill. We are especially grateful for 200 patients and advocates who visited Senate offices in support of AB 258 on Monday as part of the California Citizen Lobby Day. Well done!

ASA will announce the outcome of the Senate vote on AB 258 as soon as we know. You can get all of the latest medical cannabis news in California on our email discussion list or Twitter feed.

A Tectonic Shift for Marijuana

10:00 AM PT at http://patientfocusedcertification.org/webinar/ This webinar will teach you how flash chromatography, equipped with universal detection technology, can address quality control challenges by offering a more efficient way to isolate cannabinoids and other compounds of interest from complex matrices. Find out how flash in conjunction with other analytical techniques can remove matrix interferences, quantify low level cannabinoid in edibles and topicals, and how it can be used to create your own reference standards.

---
June 30, 2015 – Assembly Public Safety Committee Hearing on SB 212 and SB 303 (Sacramento)
9:00 AM in Room 126 in the State Capitol Building in Sacramento, CA. The committee will hear testimony and vote on SB 212 (Mendoza), which would increase sentences for manufacturing concentrated cannabis using a volatile solvent within 300 feet of an occupied residence. ASA opposes this bill in favor of science-based safety regulations. The committee will also hear testimony and vote on SB 303 (Hueso), which will loosen the rules for retaining cannabis seized as evidence. ASA has no position on this bill. Send your comments to the committee at http://apsf.assembly.ca.gov before June 25 at 4:00 PM. Read more about the bills and download fact sheets at http://www.safeaccessnow.org/2015_legislation

---
July, 8, 2015 – Senate Health Committee Hearing on AB 266 (Sacramento)
1:30 PM in Room 4203 in the State Capitol Building in Sacramento, CA. The committee will hear testimony and vote on AB 266 (Bonta), which will create state licensing and regulations for commercial medical cannabis activity. The bill also makes it unprofessional conduct for a doctor to recommend medical cannabis without an exam and diagnosis. ASA supports the bill, but is seeking important amendments. Send your comments to the committee at http://shea.senate.ca.gov before July 2. Read more about the bill and download a fact sheet at http://www.safeaccessnow.org/2015_legislation

No court support requests this week.

The California Legislature has approved AB 258, the Medical Cannabis Organ Transplant Act. The Governor now has 12 days to sign or veto the bill. Will you take a minute right now to ask Governor Brown to sign AB 258 right away?

The best advocate is an informed advocate. The history of medical cannabis advocacy is a rich one, filled with brave individuals like you. The key to being an effective advocate is a firm understanding of our history, the political landscape in which you are operating, the rules of engagement and the ability to articulate your needs.