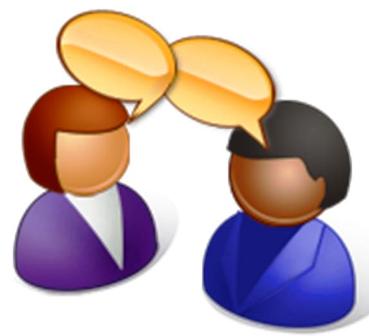 I want to invite you to join a new email discussion list ASA is launching to help facilitate conversations about medical cannabis issues in California. The ASA California Campaign for Safe Access (ASA-CCSA) mailing list will be a primary contact point for patients, advocates, and others to share ideas and constructive debate on state legislation, local ordinances, initiatives, and court cases.

You can use this low-volume list to talk to patients, industry workers, doctors, advocates, and others who share your passion about medical cannabis. The list is a great way to let others know what you are working on, share your opinions, and get feedback from the community. I will be using the list to get your input on ASA’s state and local campaigns.

You can choose how often you receive emails from the ASA-CCSA email list, or just go online to read all of the messages there. The list will be monitored to remove spam and inappropriate content. And of course, you may unsubscribe with a single click at any time.

Ten years in prison seems like a life-changing sentence for most people, but for 70-year-old Larry Harvey, it would effectively be a death sentence.The grandfather and several members of his family are facing federal charges for something the state of Washington has considered legal for more than 15 years.
Read more here:
http://www.cnn.com/2014/09/05/opinion/sherer-medical-marijuana-prosecutions/index.html?c=&page=0

It has been nearly 20 years since California passed Proposition 215, the landmark bill that created the nation's first medical marijuana market. Since that time, 22 states and the District of Columbia have joined California in putting medical marijuana laws on the books, and two states, Colorado and Washington, have made marijuana fully legal for "adult" or "recreational" use.
Read more here:
http://www.breitbart.com/Breitbart-California/2014/08/31/Golden-Era-of-Commercialized-Cannabis-in-California

Banning medical marijuana dispensaries or regulating their number and density in a given city may not be sufficient to lower marijuana use if delivery services open in their place, according to UCLA research. The new study, led by UCLA social welfare professor Bridget Freisthler and co-authored by Paul Gruenewald of the Pacific Institute for Research and Evaluation, compares self-reported marijuana use by almost 9,000 people in 50 California cities where medical marijuana is available through storefront dispensaries and delivery services. The study’s authors say the results can help lawmakers understand how regulatory practices affect marijuana use across cities.
Read more here:
http://goldrushcam.com/sierrasuntimes/index.php/news/local-news/590-ucla-study-finds-regulating-marijuana-delivery-services-not-just-dispensaries-could-help-address-recreational-use

“No matter what you do tonight, you’re going to upset somebody,” Russell Fletcher warned council members at Tuesday’s Porterville City Council meeting, and comments from the public supported his prediction as the council listened to arguments for and against regulating the cultivation of medical marijuana in the city.
Read more here:
http://www.recorderonline.com/news/pot-public-hearing-continued/article_d4f5d9dc-3446-11e4-9aec-0017a43b2370.html

That’s what the Berkeley City Council in California has unanimously approved, ordering medical marijuana dispensaries to donate 2 percent of their stash to patients making less than $32,000 a year. The new welfare program in the liberal-leaning city is set to launch in August 2015.
Read more here:
http://www.foxnews.com/politics/2014/09/04/california-city-ok-free-marijuana-for-charity/

In the middle of the day, as she performs household tasks while listening to her favorite music, an unusual thing happens to Bobbe Meyer, an 86-year-old Monterey Peninsula resident who has struggled for years with acute pain from arthritis.
Read more here:
http://www.montereyherald.com/seniors/ci_26440666/monterey-county-seniors-finding-pain-relief-medical-marijuana

According to attorney Joe Elford, a lawsuit was filed Friday at the U.S. District Court in San Jose against Lake County authorities. Elford said the suit was on behalf of residents who claim they were subject to warrantless searches and unlawful abatement procedures by the Lake County Sheriff's Office (LCSO) in violation of Measure N.
Read more here:
http://www.record-bee.com/news/ci_26451690/federal-lawsuit-filed-against-warrantless-seizures

Yesterday I went down to Area 101 for the first-ever Healing Harvest Farms medical cannabis farmers’ market. We’re on the verge of September, and it was a warm, breezy, dry day out there. Perfect day to experience some bounty.
Read more here:
http://lostcoastoutpost.com/2014/aug/31/loco-pot/

Five students from a San Francisco Bay Area high school fell ill after eating marijuana brownies that they bought at their school from another student. Two of the students have reportedly been hospitalized after falling unconscious.
Read more here:
http://www.ibtimes.com/marijuana-brownies-make-five-schoolgoers-san-francisco-seriously-ill-1679420

A judge has blocked a marijuana farmers market in Los Angeles and ordered organizers to shut down their business. A preliminary injunction was issued Friday against operation of the outdoor medical pot market in the Boyle Heights area. It prevents the market from being held pending a trial at a later date.
Read more here:
http://www.nydailynews.com/news/national/judge-blocks-los-angeles-marijuana-farmers-market-article-1.1923027#ixzz3CTsxfhMp

A San Luis Obispo physician who wrote 30,000 prescriptions for medical marijuana in three years has begun a probated sentence. Dr. Atsuko Rees, subject of an exclusive CalCoastNews story, had her medical license suspended for 45 days and remains under probation.
Read more here:
http://calcoastnews.com/2014/09/san-luis-obispo-doctor-probation-pot-prescriptions/

Monday, September 8, 2014 – Erin Burnett OutFront on CNN (Cable TV)
4:00 PM PDT on CNN. See a report arranged by ASA on medical cannabis patients caught in the conflict between federal and state laws. See http://outfront.blogs.cnn.com for more about the program. The schedule is subject to change.

---
Monday, September 8, 2014 - Marijuana Compassion and Common Sense (Online)
6:00 PM at www.blogtalkradio.com/marijuananews Tune in for this weekly live Internet broadcast about cannabis and medical cannabis issues. You can call in to participate.

---
Thursday, September 18, 2014 – Live Google Hangout: CA Campaign for Safe Access – 2015 (Online)
7:00 PM at  https://plus.google.com/events/ccj9mhhh29s3rs27m2fjmr905bg Logon early to sign in.  I will be talking about legislation this year and next year. There will be a Q&A time. You can also watch live on YouTube at  https://www.youtube.com/watch?v=mWZhu8oHIB4

We are pleased to announce the 3rd Annual National Medical Cannabis Unity Conference, March 27 - 31st, in Washington, DC at the Loews Madison Hotel.  Unity 2015 is your place to gather with other patients, providers, activists, medical and legal professionals from around the country; to learn best practices, exchange ideas and learn how to navigate medical marijuana in this new political landscape.