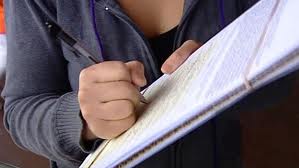 Things may be quiet in the State Capitol right now, but there is a lot going on with medical cannabis in California. Did you know that there are currently twelve campaigns for local ballot measures in ten different cities and counties in the state? Voters will make important choices about medical cannabis in Butte County, Lake County, Nevada County, Santa Cruz County, Shasta County; and in the cities of Encinitas, La Mesa, Santa Ana, and Santa Cruz on November 4.

ASA’s Nevada County Chapter is sponsoring Measure S to reform cultivation rules there. In Southern California, voters in Encinitas and La Mesa will vote on allowing storefront patients’ collectives in November – Measure F and Measure J, respectively. I will be talking with organizers in these communities on a live Google Hangout on October 16 (see below).

I will be discussing all of the voter initiatives in the CA Weekly Roundup in October, but you can learn more and join the conversation right now. Visit http://www.AmericansForSafeAccess.org/ASA-CCSA to join our new California medical cannabis discussion list. This is the primary contact point for conversations and respectful debate about local and state medical cannabis issues in California. You can choose how often you get emails from the list or go online to read messages at your convenience.

I look forward to hearing form you on the list!

A Ramona couple whose home was raided by agents with guns drawn has filed a lawsuit against San Diego law enforcement, alleging their rights as medical marijuana patients were violated. The lawsuit filed in U.S. District Court is the latest example of the ongoing debate over the rights of medical marijuana patients in California – how their treatment is regulated and how, according to their attorney, these type of cases are perceived by law enforcement.
Read more here:
http://www.nbcsandiego.com/news/local/Medical-Marijuana-Patients-File-Lawsuit-Against-San-Diego-Officers-276969001.html

They wear camouflaged uniforms, bearing military-style insignia. They ride helicopters over the forests of Mendocino County, Calif., on the state's north coast, equipped with firearms, where they cut down illegal marijuana. But they aren't the army. They aren't even the police. They are Lear Asset Management, a private security firm that is attracting a lot of attention for the work it's doing -- and even perhaps some work it hasn't done.
Read more here:
http://talkingpointsmemo.com/dc/lear-asset-management-marijuana-raids-mendocino-california

Fresno County supervisors denied appeals Monday in six of 12 cases where marijuana was grown in violation of the medical marijuana ordinance, which started being enforced in February. In so doing, the supervisors started the process for $700,000 in liens for violators of their medical marijuana cultivation ban.
Read more here:
http://www.fresnobee.com/2014/09/22/4139113_six-appeals-on-med-pot-growing.html?rh=1#storylink=cpy

Fresno County led the way in rolling back the rights of California medical marijuana patients with a total ban on the cultivation of even a single medical cannabis plant, even for personal use. But the ban appears to fly in the face of the California voter-approved Prop 215, and now will face a courtroom trial on November 19.
Read more here:
http://www.eastbayexpress.com/LegalizationNation/archives/2014/09/25/fresnos-controversial-medical-marijuana-ban-possibly-illegal-headed-to-trial

A recently released report states California's legal cannabis industry is expected grow by billions of dollars in five years, and is set to become a golden economic driver for the Golden State should the industry become legalized in 2016. Within Humboldt, already known worldwide as a cannabis capital, many locals are concerned about whether the rural county will be lead the legalization charge to become the Napa Valley of the cannabis industry or if the industry will be exported to other areas in the state.
Read more here:
http://www.times-standard.com/localnews/ci_26577365/humboldts-marijuana-industry-boom-or-bust

A 19-year-old California man siphoned off 1.5 million gallons of water for his illegal marijuana garden, the Madera County Sheriff’s Office said this week. The man may have to pay more than $18,000 for the water, which authorities said he siphoned off of a subdivision’s water tank. “With wells running dry, it’s appalling to learn this much water was stolen during these drought ridden times,” Sheriff John Anderson said in a statement.
Read more here:
http://www.buzzfeed.com/claudiakoerner/19-year-old-accused-of-stealing-15-million-gallons-of-water#qa4qic

Marijuana has been known to increase one's appetite for pizza - and now the two have been rolled into one. Stoned Oven Gourmet Pizzas is selling cannabis-laced frozen pizzas in medical marijuana dispensaries around Los Angeles. Each six-inch pie contains 250 mg of ethanol-extracted THC concentrate and costs $10.
Read more here:
http://www.dailymail.co.uk/femail/article-2765590/Now-s-pot-pie-California-entrepreneur-creates-cannabis-infused-gourmet-pizzas-saving-stoners-late-night-trip-deli.html#ixzz3ESZG03Oj

Although Cynthia Stevenson's recent letter "feels good" in a politically correct sort of way, it is absolutely absurd. Her first statement about criminals coming to Butte County in droves is particularly offensive. Growing cannabis in California for medical use is perfectly legal, as it will be very soon in all 50 states. Voting her way, "yes on A, no on B" is what will increase crime activity as the cartels move in to fill the demand.
Read more here:
http://www.chicoer.com/letters/ci_26605554/letter-medical-marijuana-growing-good-local-economy

Monday, September 29, 2014 - Marijuana Compassion and Common Sense (Online)
6:00 PM at www.blogtalkradio.com/marijuananews Tune in for this weekly live Internet broadcast about cannabis and medical cannabis issues. You can call in to participate.

---
Tuesday, October 14, 2014 – Lincoln City Council Meeting (Lincoln)
6:00 PM at Mc Bean Memorial Park, 65 Mc Bean Park Dr., Lincoln, CA 95648. The City Council may vote on an ordinance to ban all medical cannabis cultivation. Contact the City Council in advance at http://ci.lincoln.ca.us/default.aspx?Jpage=11030 The date of this vote is subject to change.

---
Thursday, October 16, 2014 – Medical Cannabis in CA: Local Measures & the November Election (Online)
7:00 PM online at https://plus.google.com/events/ci81048q7fsdtcqea8acs83boi8 or on YouTube at http://www.youtube.com/watch?v=uz50lVuqa6Q. This live broadcast with ASA CA Director Don Duncan will focus on local ballot measures and the November election. There will be time for questions and comments.

The County Board of Supervisors in Riverside County, CA, is considering a ban on all medical cannabis cultivation. The County already bans cooperatives and collectives that provide medicine in storefront locations, so the new ban on cultivation will cut off all legal access to patients in the county. Riverside County has more than 2 million residents, so this will affect a lot of people. Will you take a few minutes to call the five members of the Riverside County Board of Supervisors with a short message opposing the ban?

ASA’s blog is the go-to place for medical cannabis news, analysis, and action alerts related to medical cannabis in California and nationwide. Our staff and guest bloggers post unique content here, and you can comment on what you read. Be sure to bookmark this page or subscribe to the RSS feed to stay up to date. Don’t forget to browse for older content, too.