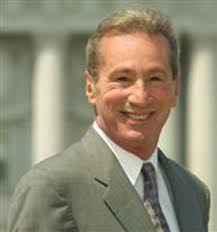 Assembly Member Tom Ammiano (D-San Francisco) has joined as a principal co-author to Senator Lou Correa’s (D-Santa Ana) SB 1262. That bill will better regulate doctors who recommend medical cannabis and commercial medical cannabis activity in California. The bill has been substantially amended since it passed the California Senate by a vote of 31-0 in May.  ASA and other advocates have managed to get most of the objectionable provisions in early drafts removed, and the bill now includes large portions on Assembly Member Ammiano’s AB 1894. Assembly Member Ammiano is our biggest champion in the legislature, but AB 1894 was defeated in the Assembly earlier this year.

I know many of you were surprised to see ASA supporting a bill originally authored by a moderate Democrat from Orange County and sponsored by lobbyists representing cities and law enforcement. Those are not our traditional allies, but early on, ASA recognized the value of a compromise bill that might finally get through the legislature and be signed by the Governor. That is why we decided to get behind SB 1262 and make it the best bill possible. That strategy is working.

SB 1262 is not a perfect bill, but it is a major milestone in California. This is the first time that lobbyists for local government and law enforcement have abandoned their across-the-board opposition to medical cannabis and supported any regulation of commercial activity. Research conducted by ASA and ten years of experience with local and state regulations show us that sensible guidelines preserve safe and dignified access to medicine for patients, while reducing crime and complaints in communities. Passing a reasonable (if imperfect) bill is a big win for patients, who have waited too long for the proven benefits of regulation.

I am proud of how well it has gone so far, but the conversation about SB 1262 and other medical cannabis issues in California is not over. We are already talking o the Authors about the details of licensing for commercial activity, qualifications for applicants, taxation, and more. SB 1262 is going to get even better for patients and other stakeholders. You have a role to play in that process. Research conducted by the Congressional Management Foundation shows that undecided lawmakers are six times more likely to be influenced by constituents than paid lobbyists. Your voice matters.

ASA is bringing more than 200 patients and advocates to Sacramento on Monday, August 4, for the California Citizen Lobby Day. We know that we will get the best outcomes for our members and allies if those affected by legislation have a seat at the table. Register today so that you can be a part of that conversation. I will make an appointment for you to meet with your Assembly Member and Senator when you do.

Thanks for helping to make a real difference in California. Have a happy, safe, and healthy Fourth of July. See you in Sacramento!

Since the premiere of Dr. Sanjay Gupta’s documentary “Weed” back in August, the general public has quickly come to understand the miraculous healing power of cannabidiol, or CBD.  The political perception of medical marijuana changed forever when parents saw little Charlotte Figi, the girl with intractable epilepsy, go from hundreds of seizures a week to just one or two, thanks to CBD treatments.
Read more here.

After a short discussion and testimony, the committee passed Sen. Lou Correa’s (D-Santa Ana) legislation on a 6-1 bipartisan vote. SB 1262 next moves to the Assembly Appropriations Committee and could be heard there as early as Friday. Today’s hearing was the result of a collaborative effort between Sen. Correa and committee chair Assembly Member Tom Ammiano (D-San Francisco) to craft additional regulatory provisions related to medical marijuana regulation. Sen. Correa thanked the chair for his work on this issue, and Assembly Member Ammiano stated his desire that the bill ultimately have a successful floor vote in the Assembly.
Read more here.

Major marijuana law reform groups have begun to oppose a historic bill to regulate medical cannabis in California, citing the hundreds of thousands of patients in counties with bans that would remain without access.
Read more here.

Researchers at the University of Minnesota are currently investigating whether medical marijuana can help treat chronic pain resulting from sickle cell disease. They will relocate to California to commence human trials next month.
Read more here.

This 4th of July weekend will see Los Angeles' first medical marijuana farmers market, where patients will be able to interact face-to-face with growers and vendors. Yes, that's correct: card-carrying cannabis patients can go to a friendly, outdoor market where choosing and selecting the right medicine in the bright sunshine will be just as natural as picking out an avocado.
Read more here.

---
I Got a Weed License in Minutes (Los Angeles)
Daniela Drake, The Daily Beast

Ever wondered how easy it is to get a medical marijuana license? One doctor went to Venice Beach to find out—and illuminated tons of problems with the current state of legal weed. Just down the block from a woman selling $10 palm readings on the Venice Beach boardwalk, past a man hawking giant slices of pizzas, young men wearing green scrub tops encourage passersby to “get legal.”
Read more here.

One person was killed in a shooting Wednesday that began outside a Southern California medical marijuana dispensary near LAX, officials said. The shooting was reported at 12:18 p.m. in the 5300 block of Century Boulevard in Westchester, according to the Los Angeles Fire Department.
Read more and watch a video here.

West Hartford town council Republicans failed to convince the Democrats, who constitute the majority, to consider banning medical marijuana during a meeting that ended in early hours of Wednesday. However, the Democrats made an amendment on medical marijuana law to locate dispensaries or production facilities in the industrial part of the town. The amended law, which was crafted by Democrat Leon Davidoff, was approved 6-3 and ensures that a 200ft buffer zone will be created between residential zones, parks, worship places and schools.
Read more here.

A third work session to review, discuss and possibly develop an ordinance dealing with medical marijuana dispensaries was held by the Lakeview Town Council earlier this week. Earlier this year, the council approved a year-long moratorium on whether to permit dispensaries, but under the urging of council member Mike Warren, the council is holding ongoing discussions on possible regulations if dispensaries are allowed.
Read more here.

Scrambling to find new revenue streams that will restore key programs and projects to Desert Hot Springs, city leaders expressed support on Tuesday for the legal operation of medical marijuana dispensaries in their city. "We're obviously moving as quick as we can because we see dispensaries as a revenue source," Councilman Joe McKee said. "With residents going to other cities for medical marijuana, it makes sense for us to move on it."
Read more here.

The Santa Clara County Board of Supervisors temporarily banned medical cannabis dispensaries from operating in the unincorporated area of the massive South Bay county, as a prelude to a total and permanent ban, reports state.
Read more here.

The Berkeley City Council took a huge step Tuesday night towards the approval of a fourth medical cannabis dispensary, but deferred passing an ordinance until July 1. The Council voted unanimously to adopt regulations put forth by the Medical Cannabis Commission, with some amendments, to set up a process to select a fourth dispensary and the guidelines for selection. The council also indicated they wanted to adopt new rules to better regulate both dispensaries and the smaller, less formal, cannabis collectives.
Read more here.

San Jose dove deeper into a running national debate on how to effectively regulate the marijuana industry when it passed an ordinance restricting marijuana dispensary locations, implementing additional security measures, and mandating that marijuana be grown locally. Most city councilmembers believe the ordinance will cut down on marijuana-related crime and marijuana sales to underage people. Opponents, though, do not believe the ordinance provides a workable solution.
Read more here.

---
Wednesday, July 9, 2014 – Live Google Hangout: Medical Cannabis in California (Online)
Join ASA California Director Don Duncan for a live talk and Q&A about local, state, and federal medical cannabis issues. A Google Hangout is a free online event you can join from your computer or mobile device. Click or copy this link to join at 7:00 PM - https://plus.google.com/u/0/events/csadjb5qgj0qd3csdb2dq9r89uc

---
Monday, August 4, 2014 – CA Citizen Lobby Day (Sacramento)
Hundreds of ASA Members and allies will meet in Sacramento for a legislative briefing and citizen lobby day in support for sensible legislation to better regulate commercial medical cannabis activity and protect patients’ rights. We will also hear from special guest speakers and get a preview of ASA’s legislative agenda for 2015. ASA requests a $25 donation for the event, but no one will be turn away for lack of funds. Please register now, so that we can schedule an appointment for you to see you state Assembly Member or Senator.

Monday, June 30, 2014 – Court Support for Tuan Nguyen (Westminster)
Please support medical cannabis defendant Tuan Nguyen on his court date at 8:30 AM at West Justice Center, 8141 13th St, Westminster, CA 92683. Dress in a professional manner and obey all courtroom rules to best help the defendant. Thank you to The Human Solution for tracking this case.

Some of ASA's most popular publications are our condition-specific booklet for patients and medical providers. These eight booklets summarize the history of medical cannabis and the recent research on using it to treat a variety of conditions, including Cancer, Multiple Sclerosis, Chronic Pain, Arthritis, Gastro-Intestinal Disorders, Movement Disorders, HIV/AIDS, and conditions related to Aging. These are ideal resources to share with loved ones, doctors, or others who have questions about medical cannabis use. You can download the booklets for free online or buy them for Kindle for just $1.99 each on Amazon.com.