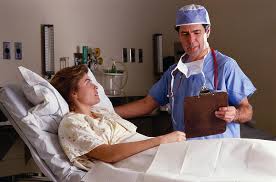 Voters in California legalized medical cannabis when they approved the Compassionate Use Act eighteen years ago. We have come a long way since then, but we still have important work to do here in California. Legal patients face pervasive discrimination in employment, housing, parental rights, and access to health care. ASA and other advocates are working hard to change this, and we need your help to do it.

One of the most tragic examples of discrimination is when patients are denied a life-saving organ transplant because they use medical cannabis. Legal patients must often choose between getting the transplant they need or the relief they have come to expect from medical cannabis. Sometimes patients suffer needlessly to get on the national organ transplant list or stay on it. In other cases, they simply cannot get a needed transplant. At least one ASA member died after he was dropped from the list.

There is no law in California that prevents legal medical cannabis patients from being denied an organ transplant. We can change that next year, if you help. Can you take a couple of minutes right now to sign our petition supporting a proposed bill to prevent discrimination against legal medical cannabis patients in California? ASA will be taking the petition to lawmakers soon. State Assembly Members and Senators need to know that voters statewide support this bill when they are deciding on the 2015 legislative agenda in the next few weeks.

Sign the petition and ask your friends to do it, too!

Arguing that medical marijuana may help wounded warriors with anxiety and stress disorders to “survive and thrive,” Rep. Earl Blumenauer (D-Ore.) and Rep. Dana Rohrabacher (R-Calif.) have introduced legislation that would allow Department of Veterans Affairs’ doctors to recommend the drug for some patients.
Read more here:
http://www.washingtonpost.com/blogs/federal-eye/wp/2014/11/25/new-bill-would-allow-the-va-to-recommend-medical-marijuana-for-patients/

The suppliers arrive at one of the nation's largest marijuana dispensaries carrying hundreds of pounds of cannabis in duffel bags, knapsacks and baby diaper totes. They leave with those same carriers stuffed with wads of cash.
Read more here:
http://www.latimes.com/business/la-fi-marijuana-banking-20141128-story.html#page=1

---
California Case Could Be A Pivotal Moment In Ending The War On Marijuana (California)
Sean Nevins, Mint Press

On Jan. 14, 2015, one of the most important criminal cases regarding the status of marijuana as a Schedule I substance will be heard at the U.S. District Court for the Eastern District of California.
Read more here:
http://www.mintpressnews.com/california-case-pivotal-moment-ending-war-marijuana/199225/

It's referred to as the Apple store of pot shops. Sparc is one of the premier medical marijuana dispensaries in San Francisco. Founded in 2009, Sparc now serves up to 400 customers a day who can pay $300 for an ounce of marijuana.
Read more here:
http://www.cnbc.com/id/102212794

New penalties for growing marijuana in unincorporated parts of Riverside County moved forward Tuesday, with the Board of Supervisors approving guidelines that include an exemption for medical marijuana patients who grow their own pot.
Read more here:
http://www.pe.com/articles/marijuana-755012-county-fees.html

---
Felony charges against the remaining six of the Doobie Dozen have been dismissed (San Luis Obispo)
Colin Rigley, New Times

Four years after San Luis Obispo County law enforcement officers scooped up 12 people in a large-scale sting against medical marijuana operations, the last of the defendants are now able to walk away from their felony charges.
Read more here:
http://www.newtimesslo.com/news/11720/felony-charges-against-the-remaining-six-of-the-doobie-dozen-have-been-dismissed/

Monday, December 1, 2014 - Marijuana Compassion and Common Sense (Online)
6:00 PM at www.blogtalkradio.com/marijuananews Tune in for this weekly live Internet broadcast about cannabis and medical cannabis issues. You can call in to participate.

---
Thursday, December 18, 2014 – What’s Next for Medical Cannabis in CA? (Online)
7:00 PM online. Join us for the last live Google Hangout of the year to talk about what is on the horizon for medical cannabis in 2015 – voter initiatives, legislation, litigation, and more. Look for links to the live online broadcast soon.

This section provides patients, attorneys, and pro se defendants with legal resources, including information on: how to become a patient, rights and responsibilities, landmark legal decisions, how to defend a medical marijuana case, return of property, and civil issues such as employment, housing, and child custody.