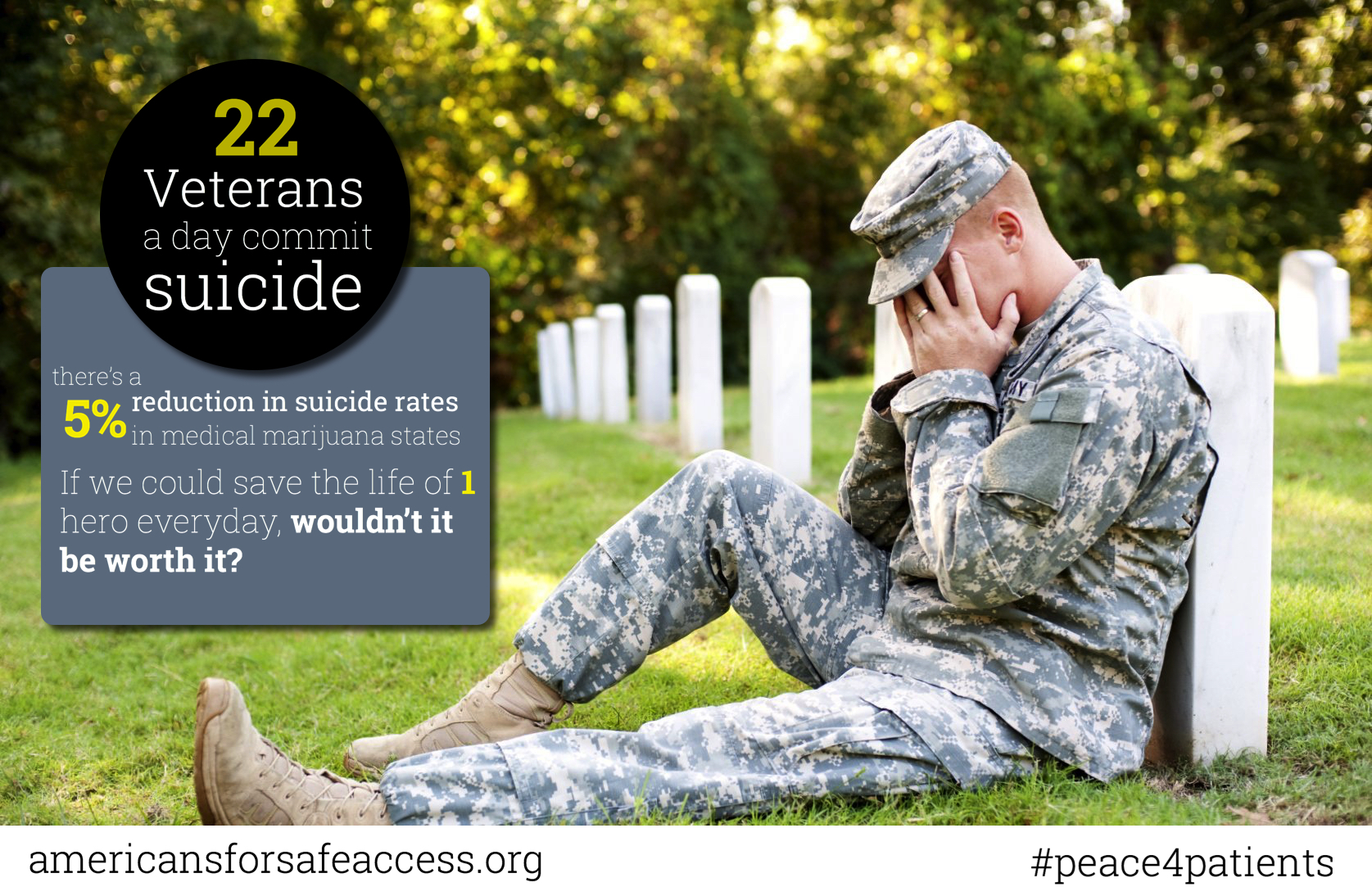 Veterans for Safe Access and Compassionate Care is honored to support the bipartisan bill, Veterans Equal Access Act. I personally thank Representative Blumenauer, Representative Rohrabacher and all cosigners for taking a leading role in removing obstructive policies from the Veterans Affairs Healthcare system. The passage of the Veterans Equal Access Act will assist the VA in meeting their core values of Integrity, Commitment, Advocacy, Respect and Excellence. Passage of this bill will also fulfill President Lincoln's desire “to care for him who shall have borne the battle,” in which the VA’s mission statement is based.

Of the 23 states that allow medical marijuana, 10 allow its use for symptom relief of Post-Traumatic Stress Disorder (PTSD). My home state of Massachusetts, a global leader in healthcare, allows the medical doctor to determine if their patient’s condition warrants the use of medical marijuana as long as the benefits of use outweigh the consequences. Despite being the grandchild of a WWII P.O.W., a veteran of the Iraq War, a sufferer of chronic pain and a resident in a state that allows medical marijuana, my Veterans Affairs (VA) doctor is forbidden to even mention the potential benefits of medical marijuana.

In fact, the Department of Veterans Affairs (VA) has been pressured by the Drug Enforcement Agency into disobeying their own regulations [38 CFR 17.38(a) (1) (xv)] and violating the time honored patient-doctor relationship because of state regulated and controlled medical marijuana programs. The passage of the Veterans Equal Access Act will overturn this federal intrusion, intimidation and interference and restore veteran trust in their healthcare system.

With over 8,000 yearly veteran suicides it would be immoral to deny a veteran’s doctor another tool to combat the 22 daily veteran suicides. The passage of the Veterans Equal Access Act will allow veterans and their doctors to have a safe and open discussion about the pros and cons of participation in a State marijuana program. If a veteran lives in a state that allows medical marijuana their doctor would also be authorized to fill out a state sanctioned medical marijuana form.

This bill does NOT promote veterans to use medical marijuana. Veterans Equal Access Act only removes the additional cost and red tape that veterans are forced to incur because they utilize a national healthcare system. If a veteran does not want to participate in a State medical marijuana program they do not have to.

Whether a veteran joined the military out of patriotism, honor, family loyalty or any other reason it should never be forgotten that we were willing to give our lives for our country. Every veteran that has gone to combat knows that life as they know it could change forever. We may die by sniper or die by improvised explosive device. We may be physically maimed or suffer from debilitating mental wounds. All of this we know. We know, and we still deploy. We deploy on behalf of a nation because it is in our blood to do so. When we come home to our family and friends, to our nation, should we have to beg and plead to live a healthy life? Should we have to beg to enjoy our unalienable rights of (Healthy) Life, Liberty and the Pursuit of (Wellness) Happiness? Should we have to beg to be treated as equal citizens and be allowed the best medicine available?

Veterans Equal Access Act will correct many of these injustices. The passage of Veterans Equal Access Act will return America to the belief that those that fight for our country deserve dignity and respect when they return home. No doubt veterans deserve access to good health. If medical marijuana is an ingredient in that health, then veterans, just like all Americans, deserve safe access to medical marijuana.

Scott Murphy is the President and Co-Founder of Veterans for Safe Access and Compassionate Care. Scott is an Army combat veteran who deployed to Iraq with 3rd Infantry Division as part of the “Surge” from January 2007 to April 2008.