First, a heartfelt thank you goes out to everyone who took action on the advocacy alert ASA sent out on Friday. Your efforts helped fuel a sizzling closed-door discussion in both the Republican and Democratic Caucuses that dragged on for hours, sparking the robust debate we witnessed on the House Floor. Things did not go as we hoped, but you still have a chance to help protect patients by telling Governor Inslee to VETO SB 5052.

And if there’s any doubt how hard some of these Representatives fought for you, watch this clip of three passionate Floor speeches that encapsulate the overall tone of the bipartisan discussion. 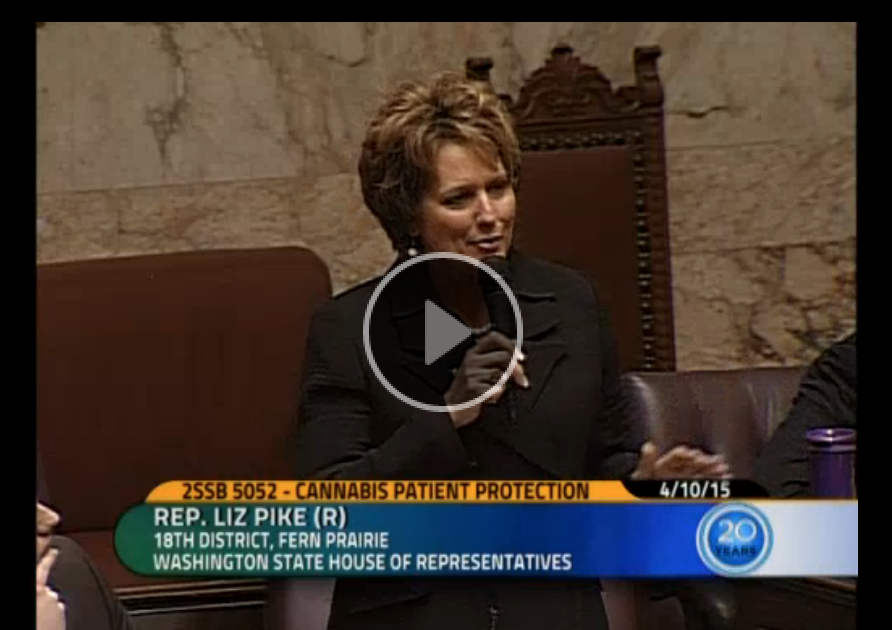 Representatives from both sides of the aisle took a bold stand for patients and care providers, publicly advocating for safe, affordable access to medical marijuana. Our champions’ well-researched arguments were tough to ignore and in the end, helped convince 36 Representatives to vote against a bill that was virtually guaranteed to sail through the Legislature from the start.

We’re disappointed, but we’re not giving up!

The next step for Senate Bill 5052 is a concurrence vote, where the bill sponsor will reportedly encourage colleagues to pass the House version as is. Barring an unforeseen intervention, the legislation that passed the House could be headed to the Governor’s desk for final approval as early as this week. NOW is your last chance to stop SB 5052 from being signed into law!We’ve made it easier than ever for you to ask Governor Inslee for a complete veto of SB 5052. Check out this email template we’ve created with a sample letter that can be edited as you see fit. Simply fill in the blanks to send the email and/or personal fax to Governor Inslee!Another crucial step in the Legislative process is acknowledging the small victories that occurred due to YOUR rock-solid advocacy work. This provides a way to assess exactly where this bill started out and just how far we have to go. There’s no question that patients are beat up and bruised, but it’s important to recognize the major accomplishments that we’ve achieved together:

Where we go from here

There will be additional opportunities to advocate, communicate and educate in the days to come. We’ll keep you up to date with the latest information as it becomes available. Remember, advocacy will continue in the months after session too. That’s when legislators have breathing room to learn exactly how this legislation affects real people’s lives. And they can only learn that through their interactions with you!

As we said before, we’re disappointed, but not done fighting for the rights of patients across America. Thank you again for being a member of Americans for Safe Access and an advocate for yourself, your family, and patients across Washington State.