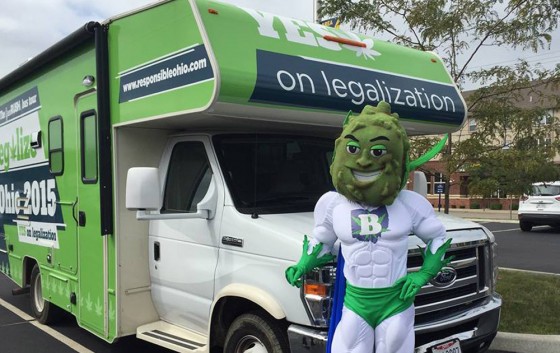 By now, everyone in the medical marijuana reform movement has seen the results in Ohio, where the commingled recreational and medical cannabis voter initiative (Issue 3) put forth by ResponsibleOhio was defeated at the polls by a nearly 2:1 margin. Aside from sanctimonious hand wringing from recreational proponents treating patient access as a political weapon against those who had concerns with the implications of Issue 3's licensing structure (which has been talked about ad nauseam and won't be discussed in detail here), nobody has yet asked the question, "is it fair to patients to anchor their safe and legal access to a measure that also includes non-medical use?" Given the 2:1 failure of recreational couple with the fact that support for medical-only was 84% in at least one recent state poll (28 points higher than Issue 3 in the same poll), it seems like safe access was doomed more by the anchoring to recreational than the non-merit based oligopoly.

ASA has long maintained a position of neutrality on the issue on recreational cannabis reform, and only evaluates them based on their impact upon patients. As an organization, ASA did not come out for or against Issue 3 based largely on its recreational focus, but looking at the polling data, it seems extremely likely that the commingling of recreation held medical back from passing.

In a lot of ways, this is a shame. Despite the fact that you would have a non-merit based system deciding who would be in charge of the production of patient medicine, there were a lot of laudable features in the medical language of the measure. Qualifying conditions lists are restrictive by their very existence, but as far as those things go, the qualifying conditions list was better than most in recent memory, and home cultivation rights would be stronger than most east of the Mississippi programs.

In theory, there could have been a substantial number of Medical Marijuana Dispensaries (MMDs) under the plan, but there was no guarantee that business people would have sought out a sufficient number licences for the less lucrative medical market. Furthermore, there is no guarantee that the specific types of products that patients rely on would be adequately produced by the oligopoly products and the rest of the commingled program. Even if MMDs were sufficient in number, patients shopping at them would be spared from the 5% tax imposed upon Retail Marijuana Stores, but would still have the two separate 15% cultivation and processor/manufacturer taxes passed along to them.

Beyond that, patients may have still been subject to discrimination in the areas of housing, child custody, and health care access such as organ transplants. On balance, the Issue 3 medical program probably would have served patients better than a number of state legislature approved programs in states that do not have ballot access provisions like Ohio, but the language was less than optimal.

Considering that support for Issue 3 dropped about 20 points from the pre-election polls to the polling booths, one can surmise that medical would have a had a similar drop in support. However, even if medical-only saw a 50% greater drop-off than Issue 3, it would have passed 56-44. Every state that has passed recreational cannabis laws approved medical access laws at least a dozen years before passing recreational. That's the political reality, and the resounding defeat of recreational in Ohio confirms this, no matter how unjust it is to jail anyone for cannabis.

Now it seems that the Ohio legislature is considering a medical cannabis measure, but make no mistake, the legislature's inaction on medical cannabis for over a decade has failed patients as badly, if not worse, than anchoring medical to the recreational initiative. At least Issue 3 came to a vote! While ASA is encouraged that legislators are now working on medical, there are legitimate concerns that whatever the legislature cobbles together will be worse for patients than the Issue 3 program. If lawmakers in Columbus try to placate voters with a New York/Minnesota-style program, activists should use the ballot measure process to create a better program.

Our takeaway is that if you truly are concerned with patients having safe and legal access to medical cannabis, you cannot anchor such measures to recreational ballot measures. Instead, running separate medical and recreational initiatives that can complement one another or stand independently (depending on election outcome) is the best thing that can be done by recreational proponents who also support medical access. The calculus on this may be different if the legislature has enacted a mediocre medical program that is in need of fixing, but wagering safe and legal access for patients on a measure that does not conform to current electoral realities does patients no favors.