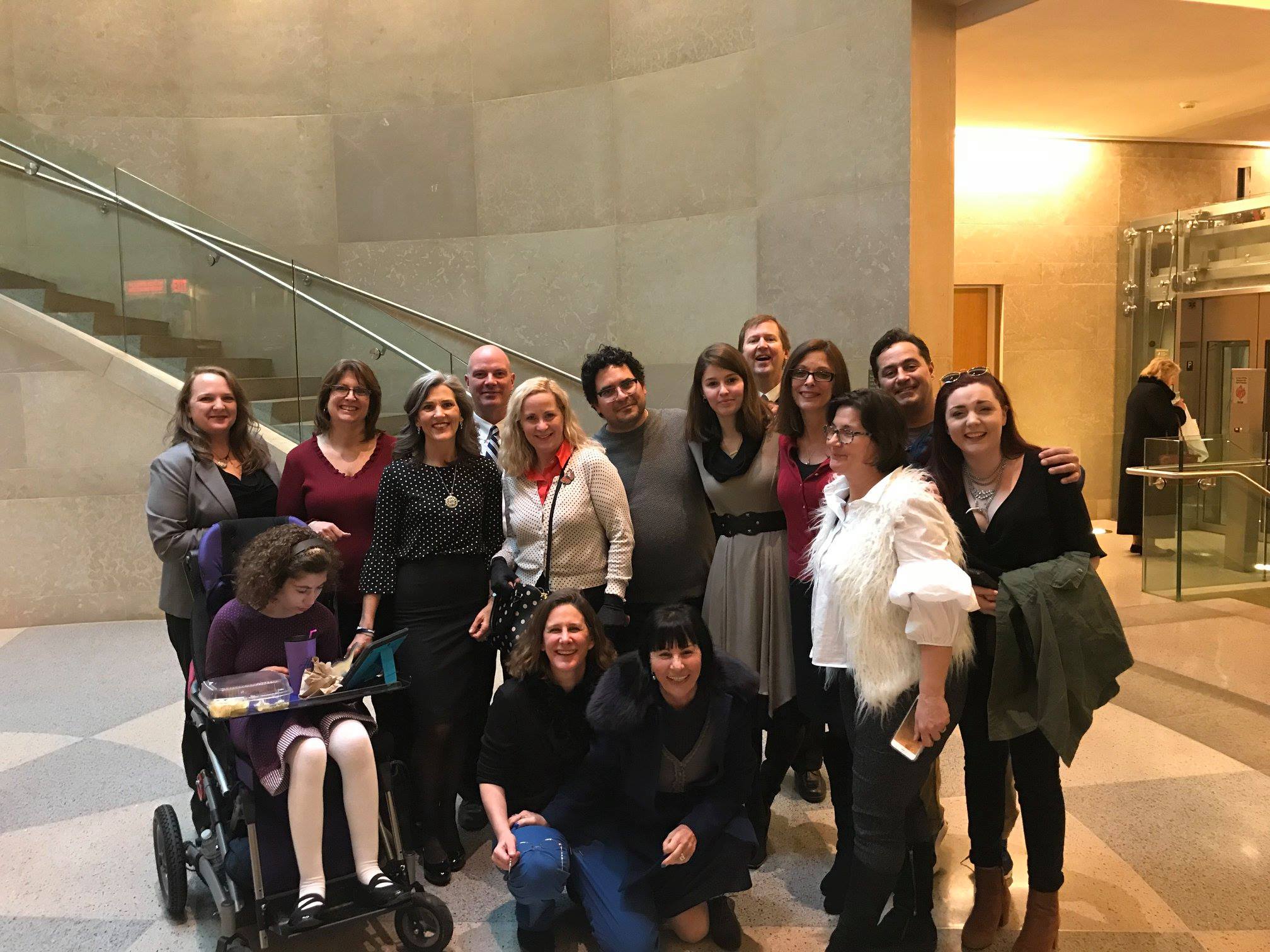 On Monday, February 5th, with Americans for Safe Access (ASA) patients, families, and advocates watching in the gallery above, the Senate of the conservative Virginia General Assembly, passed SB726 40-0 after passing its companion bill through the House of Delegates 98-0.  The bill allows all physicians to recommend Cannabidiol (CBD) and Tetrahydrocannabinolic acid (THC-A) oils to any patients for whom they feel the oils could help their conditions. Virginia’s Governor Ralph Northam has said that he will sign the legislation when it comes before him.

For the 30 states with full medical cannabis programs, this may not seem like a big deal. However, it has been the culmination of 5 years of perseverance for ASA and Virginia patient advocates to get this far.

In 2014, a 13 year old Virginia girl living in Colorado with her mom to treat her intractable epilepsy with medical cannabis, separated from her sister and father, wrote a letter asking the General Assemb 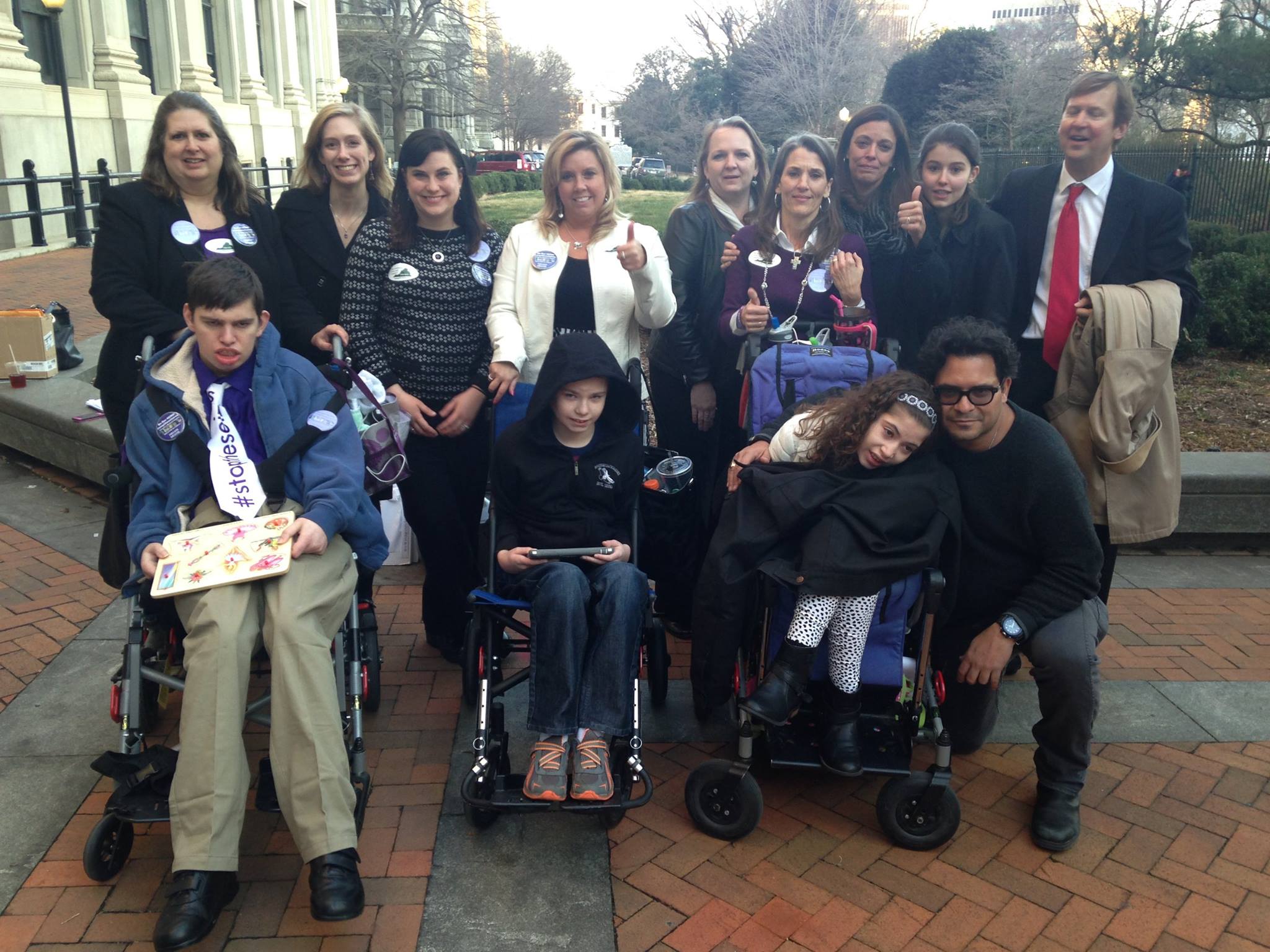 ly to help her legally come home with her medicine. That same day, Senator Dave Marsden (D-District 37) made the commitment to help her.  Soon after, Delegate Dave Albo (R-District 42), who had a constituent in his district suffering from a severe form of epilepsy, and was friends with another family also with a child with severe epilepsy, committed to help them gain access to medical cannabis oil. While the families wanted a full medical cannabis bill that covered all conditions, it became very clear, very quickly, that the Virginia General Assembly was not ready for such a large leap. The bill was subsequently  whittled down to an affirmative defense for possession of Cannabidiol (CBD) and Tetrahydrocannabinolic acid (THC-A) with up to 5% THC and introduced in the 2015 session.

The Colorado family moved home to join in the fight for the bills.  Together, kids in tow, the families (who had met in 2014 at an ASA lobby day) spent many days educating members of the General Assembly by telling them their stories, testifying in hearings, talking to the press, writing letters, and learning how to lobby.  It was frustrating work because the advocates were seemingly asking for so little: not to be prosecuted for giving their kids life-saving medicine.  Nevertheless, these advocates methodically met with leadership, key committee members and their toughest opponents to educate them on the benefits of medical cannabis.  Their efforts paid off, and the bill passed 37-1 in the Senate and 93-1 in the House. 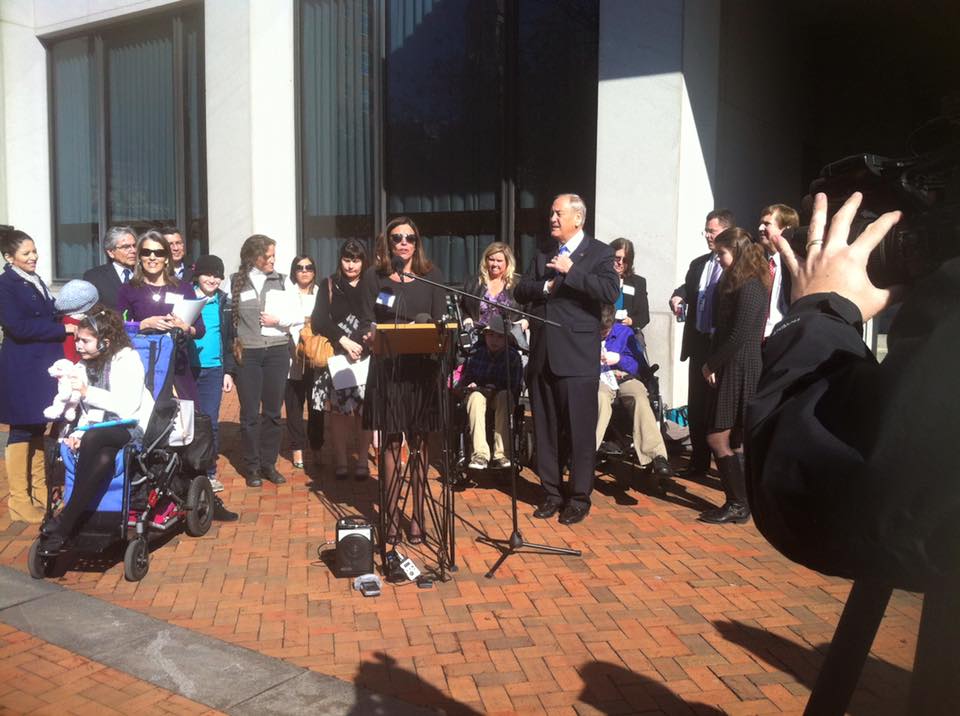 Of course, once the bill was signed in to law, like in many other CBD states, patients were left with no legal way to obtain the oils. So in 2016, Senator Marsden introduced SB701, which “Authorizes a pharmaceutical processor, after obtaining a permit from the Board of Pharmacy (the Board) and under the supervision of a licensed pharmacist, to manufacture and provide cannabidiol oil and THC-A oil to be used for the treatment of intractable epilepsy.”  This bill had the effect of creating an instate production system.

Again, the ASA families banned together, and added more families and patients  to the effort, spending the session gaining support for the bill, one legislator at a time.  Once the bill was signed, ASA was asked to join the Board of Pharmacy’s Advisory Panel to help promulgate the regulations for the following year. The panel met several times over the summer and the Board of Pharmacy presented the regulations to the General Assembly for the 2017 session. This time, the families returned and the bill was re-enacted unanimously. During that same session, several bills that would add additional conditions, other than epilepsy, failed to pass; however, the conversations ASA and other advocacy groups like Cannabis Commonwealth and Virginia NORML were having to support those bills, helped lay the groundwork for the 2018 bills. Most importantly, the General Assembly was beginning to see that the legislature was not qualified to add conditions, but rather that decision should be left to doctors. 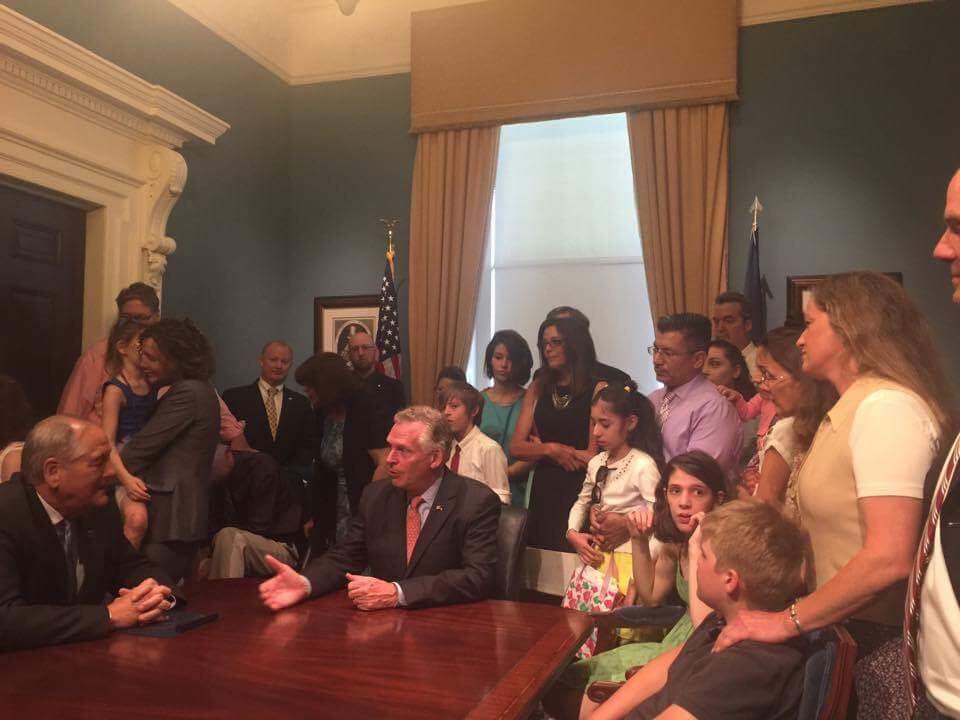 In the fall of 2017, the Joint Commission on Healthcare voted that letting the doctor’s decide who should receive these oils would be in the best interest of the Commonwealth. Prior to the bill's introduction, advocacy groups including ASA, Virginia NORML, and Virginia Cannabis Commonwealth met with members, sent materials to the committee, asked their members to weigh in on public comment, and provided information to the researcher who had been tasked with presenting a report on the potential benefits and risks of the oils for patients. This led to the 2018 Joint Commission on Healthcare bills Sponsored by Senator Dunnavant (R-Dist.12), a physician, and Delegate Cline (R-.Dist.24). Advocates were grateful to have Republicans as chief sponsors, and to the Democrats who agreed to withdraw their bills and become chief co-patrons in order to put patients first, and give the bills a greater chance to pass. It ended up being a truly bipartisan effort.

ASA patients and families returned to selflessly advocate for these bills, even though many of them are epilepsy families who already had helped their children.  They wanted every patient in the state to have access, and many have said they will continue to advocate with ASA until Virginia becomes a full medical cannabis state.

ASA is proud of the work we have done in Virginia. We hope that Virginia’s path will provide a model to other conservative states with limited CBD laws as a way to help expand access to medical cannabis and help more patients. The work in the Commonwealth is certainly not done, but through the continued efforts of ASA and other advocacy groups, it will keep moving forward.

There are currently 30 states with full medical cannabis programs and 16 with more limited CBD laws. Virginia and Georgia are the only states to allow THC-A, and now Virginia joins Kentucky to be the only limited program states that do not restrict access based on diagnosis. Only three other states and the District of Columbia allow doctors to make that decision. The remainder have a list of conditions for which medical cannabis is permitted to be used as a treatment. In addition, Virginia is one of only 2 CBD states that allows for the cultivation and processing within the state.