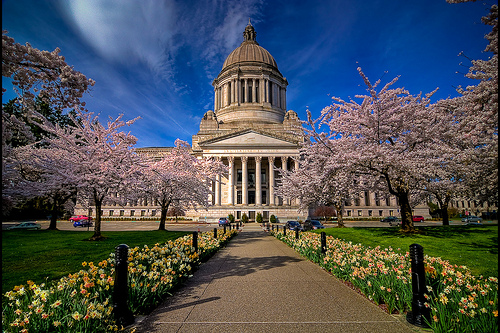 Medical marijuana advocacy group Americans for Safe Access (ASA) filed recommendations yesterday for the Washington State legislature, based on a series of patient and provider stakeholder meetings held last week in Bellingham, Olympia, Seattle, Spokane, and Yakima. The stakeholder input, which strongly urges the legislature to strengthen and preserve the rights of medical marijuana patients in Washington, is a response to last month's recommendations from the Liquor Control Board (LCB) and the Departments of Revenue and Health, as part of a statewide public comment period culminating with a public hearing on November 13th in Lacey, Washington.

It's important that we as advocates let our voices be heard through public testimony so that officials know where we stand. Please consider submitting written testimony to [email protected] by November 13th, or come to the public hearing that same day!

As the legislature assesses Washington's medical marijuana program in light of the marijuana legalization initiative I-502 passed last November, the LCB and the State Departments of Revenue and Health were tasked with developing recommended changes to the medical-use program. However, patient advocates have become increasingly concerned by comments from state officials and last month's recommendations, which indicate an unwillingness to accommodate two parallel markets and a desire to roll the state's 15-year old medical marijuana program into the emerging recreational marijuana program by making the medical-use law much more restrictive, the requirements unnecessarily onerous, and the costs far too prohibitive for patients.

"Patients in Washington will not sit idly by to see the state dismantle its 15-year old medical marijuana program and attempt to roll them into a nascent recreational market," said ASA Executive Director Steph Sherer. "The very real needs of medical marijuana patients cannot be adequately met by the recreational marijuana program and must be addressed by preserving and strengthening the law that currently exists," continued Sherer. "We're urging Governor Inslee and the state legislature not to abandon the tens of thousands of patients in Washington and continue to treat medical marijuana as a public health issue."

For more information check out our press release.