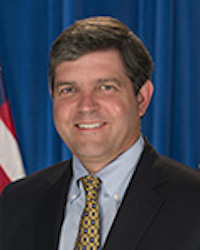 California lawmakers are moving quickly to correct a drafting error in the Medical Marijuana Regulation and Safety Act (MMRSA), a trio of bills that will finally license and regulate commercial medical cannabis activity in the state. However, lawmakers are overlooking a serious issue in the bill that directly affects individual patient-cultivators and primary caregivers.

The MMRSA requires commercial medical cannabis cultivators, manufacturers, retailers, and other businesses to obtain licenses from both the state and the city or county in which they operate. This dual licensing structure was designed to preserve the traditional control local governments have exercised over land use issues within their borders.

This was not what lawmakers intended. Assembly Member Jim Wood (D-Santa Rosa), the author of AB 243, stated in an open letter to local lawmakers in December of 2015, that the March 1, 2016, deadline for adopting local ordinances was the result of “an inadvertent drafting error.” The Assembly Member noted this error in the Assembly Journal, the official record of the Assembly, and is already engaged in a bipartisan effort to remove the deadline. The Assembly Member concludes his letter to local lawmakers by saying, “I am confident that my colleagues and I will eliminate the March 1st deadline before it becomes a realistic problem as opposed to a theoretical concern for lawmakers.”

That process is already underway. The Senate Health Committee approved AB 21 (Wood) on Wednesday. That bill will remove the deadline language in Health and Safety Code Section 11362.777(c)(4).  This is an important part of cleaning up the language of the MMRSA. Hopefully, AB 21 will help to reverse the current trend of hasty and unnecessary bans on medical cannabis activity at the city and county level. That will be good news for everyone. Local governments need time to develop and adopt reasonable licensing ordinances that protect legal patients and their communities.

The Other Problem: Licensing Thresholds

Removing the March 1st deadline is a good start, but lawmakers must also address another serious flaw in the MMRSA. Health and Safety Code Section 11362.777(g) contains language that was added to AB 243 (Wood) in the final hours of last year’s session. That unexpected language infringes on the rights of individual patients and caregivers to grow their own medicine. As adopted, the section requires a state and local license for individual patients who cultivate more than 100 square feet of medical cannabis or for primary caregivers who cultivate medical cannabis in more than 500 square feet (for up to five patients). That is not much space, especially for outdoor cultivators. The licensing requirements apply even if all of the cannabis is for the patient’s personal medical use and not for sale.

The MMRSA was never intended to regulate personal non-commercial cultivation of medical cannabis. In fact, the authors took care to be sure that the bill preserved patients’ rights under the Compassionate Use Act (CUA). However, the licensing threshold language appeared late on the afternoon of September 11, 2015, the last day of the legislative session and the deadline for passing AB 243 and the other bills that comprise the MMRSA. These licensing thresholds were not a part of the ongoing conversation with stakeholders during the session, and they were not vetted or approved by any of the legislature's policy committees that reviewed AB 243.

These thresholds will be barriers to medical cannabis patients exercising their rights under the CUA, especially some of the most vulnerable patients. Many patients grow their own medicine for economic reasons. Others cultivate a specific strain they need that is not available in the commercial marketplace. And there are still more who simply prefer to cultivate their medicine at home. We cannot know how many of these personal medical cultivators will be affected by the 100/500 square foot thresholds; but it is unfair to require them to obtain licenses, whether they are few or many.

ASA holds that the threshold for state licensing should be at the point that medical cannabis is offered for sale or exchanged for consideration. There should be no square footage threshold. In fact, including a numeric limit on the size of cultivation raises potential legal issues along with patient welfare issues. The California Supreme Court held in People v. Kelly (2010) that numeric limits on how many plants patients can cultivate and on how much medicine they can possess, which were adopted by the legislature in the Medical Marijuana Program Act (MMPA) in 2003, were unconstitutional legislative amendments to a voter imitative. The same principle might apply to numeric limits on square footage. The courts could sort that out, but a legal battle is likely to be long and expensive. That is not optimal for patients, caregivers, or regulators; all of whom would benefit from clarity now.

There is a simple solution. ASA suggests striking the 100/500 square foot thresholds from Section 11362.777(g), but maintaining the requirement that cultivation exempt from licensing be strictly non-commercial. This easy fix would remove the need for individual patients and caregivers to obtain a state license, but does not infringe in any way on the authority of cities and counties to address legitimate land use and public safety issues in neighborhoods:

ASA needs the help of medical cannabis advocates to persuade California lawmakers to adopt this simple fix and protect individual patient cultivation. Sign our petition calling for an amendment to Section 1362.777(g), and then share the link with others who care about medical cannabis:

ASA will be using this petition as part of our efforts to change the law beginning immediately, so don’t wait to sign and share it. Thanks for helping!