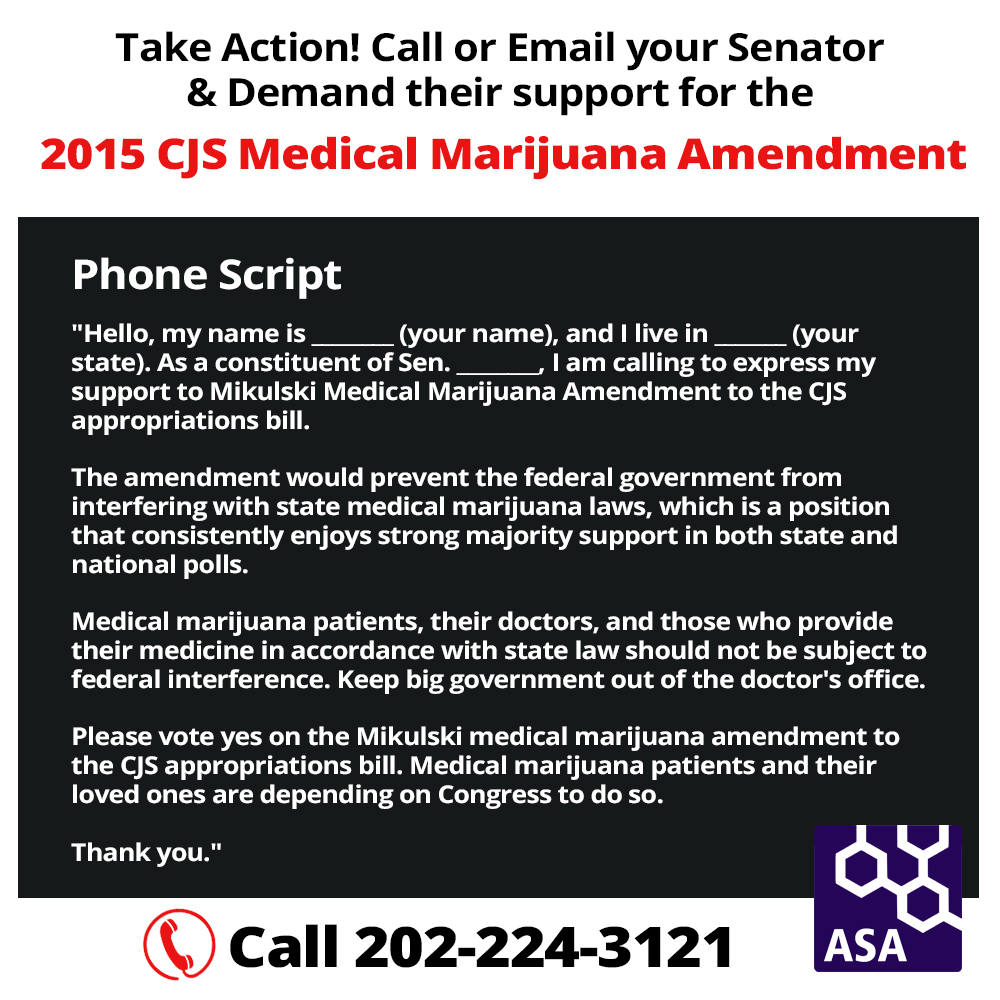 On Thursday morning, the Senate Appropriations Committee will be marking up the Commerce, Justice, and Science (CJS) Appropriations bill, which will set the budget of the Department of Justice for fiscal year 2016. Senator Mikulski (D-MD) is planning on introducing an amendmentwith identical language to the Rohrabacher-Farr Amendment, which passed the House last week 242-186.

The Mikulski Amendment would protect the programs in 39 states with some sort of medical marijuana patient protections, including states full medical marijuana programs as well as low-THC (or so called "CBD-only") laws. Senator Mikulski was responsible for making sure last year's version of the amendment survived Conference Committee to make it to the President's desk.

Although the amendment is currently in effect, the protections will expire at the end of this September unless it is approved the year by both the House and Senate and signed by the President. With the Senate Appropriations Committee approving the Veterans Equal Access Amendment offered by Senators Daines and Merkley back in May, the Mikulski Amendment has a good chance of passing, but we have to keep the pressure on the Senate to make sure they don't take steps backwards on medical marijuana. 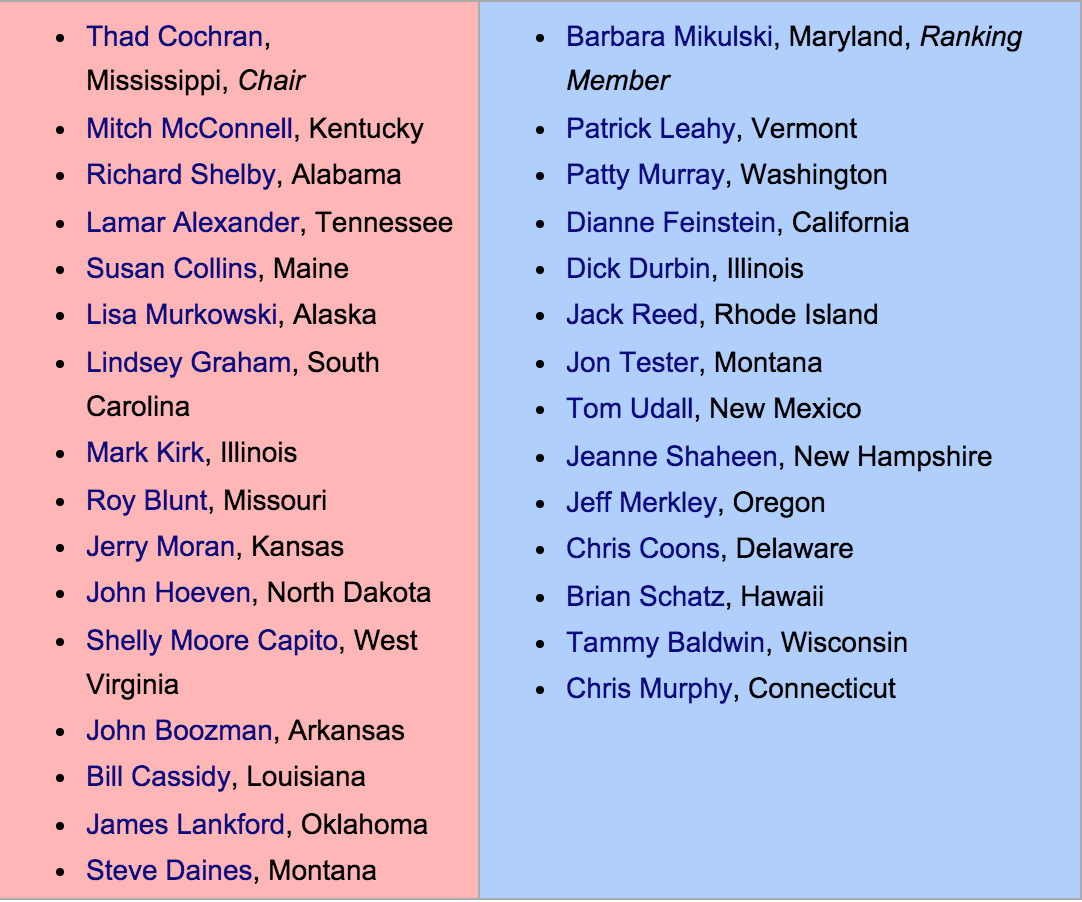 CALL AND EMAIL your Senator(s) today and urge them to VOTE AYE on the Mikulski Amendment today!