The last 5 years have been a nightmare for Rhonda Firestack-Harvey, who is well known among medical cannabis advocates as a member of the Kettle Falls Five. For those unfamiliar with the story, Rhonda and her late husband Larry’s property in Washington State, near the town of Kettle Falls was raided in 2012 by the Drug Enforcement Administration (DEA) for growing medical cannabis. 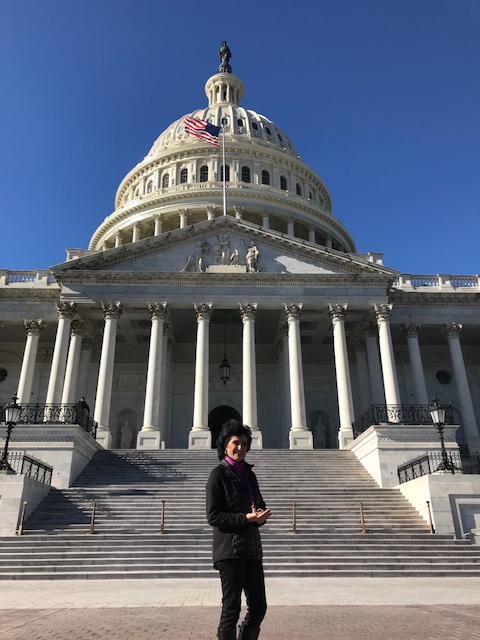 Washington State law for conditions including gout, osteoarthritis, wasting syndrome, and chronic pain from severe back injuries. That  did not matter to the DEA who not only seized her family’s medicine, but took many of their personal belongings and cash in the raid. They ended up being convicted and sentenced in Federal court.

In 2014, Larry, then wheelchair bound, came to Washington, DC and spoke to Congressional members about their situation in support of the CJS Medical Marijuana Amendment to prohibit the Department of Justice from using funds to prosecute those participating in state-sanctioned medical cannabis programs. The amendment passed, in large part by Larry’s efforts.  Just weeks after his return home, he was diagnosed with pancreatic cancer and passed away in 2015.  Instead of spending the last year of his life creating memories and enjoying his wife and children, he spent it meeting with lawyers and worrying about what would happen to his family as a result of the charges against them.

In October of this year, the federal government admitted that they were not acting in accordance with the CJS amendment in prosecuting Rhonda and her family.  Finally it seems that they are on the road to acquittal.

Rhonda, grateful for the protections under this amendment, wants to make sure the pain she and her family have suffered through this ordeal doesn’t happen to anyone else, so like her husband, she came to Washington, DC this week for three days to speak to Congressional offices about the importance of including this amendment in the FY2018 appropriations package. She brought Larry along with her, carrying his ashes in her purse. 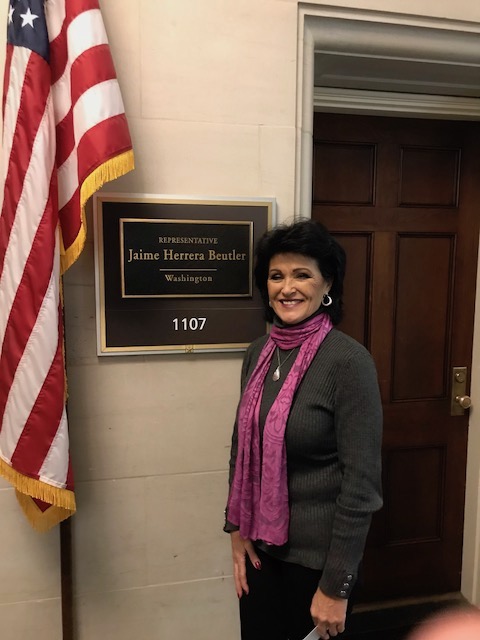 She and ASA staff met with staff from the offices of Representatives from Washington state Cathy McMorris Rogers, Jaime Herrara Beutler, and Suzan DelBene and Washington Senators Patty Murray and Maria Cantwell.  There were numerous other meetings with offices of key leadership and those on appropriations committees. Rhonda’s story made a huge impact, and those she met with heard first-hand how critical passage of the CJS medical marijuana amendment is to the over 2 million medical cannabis patients and the businesses that serve them.

The current protections are set to expire on December 8th, so your help is essential to ensure these protections continue in 2018.  Contact your Senators and Representative today!