The tireless work of medical cannabis patients and activists has begun to pay big dividends in Washington, D.C., with the new Administration's attorney general, Eric Holder, telling a news conference that ending the raids on medical cannabis providers is now government policy.

ASA members were among the thousands of advocates calling the White House and their elected representatives in the wake of the raids, deluging the administration's website with pleas for policy change, and participating in a large protest at the federal building in Los Angeles.

Holder, appearing at a Washington news conference on Feb. 25 alongside the DEA's current Acting Adminstrator, Michele Leonhart, was responding to a question about whether the DEA raids that have occurred in California since Obama took office last month would continue.

During the campaign, President Obama was repeatedly faced with questions about federal interference in the 13 states that have enacted medical cannabis laws. Obama said then that his experience with his mother's death from cancer made him sympathetic with the plight of patients, and that he saw no difference between a doctor prescribing morphine and marijuana. During a March 2007 interview, he also said that he thought it "entirely appropriate" for states to look after the health and welfare of their citizens be legalizing the medical use of marijuana "with the same controls as other drugs prescribed by doctors."

The attorney general's comments follow a White House statement from earlier in the month, in which spokesman Nick Shapiro responded to pressure over recent raids in California.

"The president believes that federal resources should not be used to circumvent state laws" Schapiro said, and that the president's appointees would be expected to "review their policies with that in mind."

The statements this month from the White House and the Attorney General were greeted with relief and jubilation by patients and advocates across the country.

ASA, the nation's largest medical cannabis advocacy organization, sent policy recommendations aimed at harmonizing federal and state law and encouraging research to President Obama and Congress earlier this year. More than 72 million Americans live in a state that has enacted laws that authorize the limited use and distribution of cannabis for therapeutic use.

"We look forward to working with the President and his Administration to enact long-term policies that support safe and legal access to cannabis for therapeutic use and research," said Woodson.

While fierce federal opposition to state medical cannabis programs begun during the Clinton Administration, which threatened to sanction any physicians who even spoke with their patients about the therapeutic potential of cannabis before being rebuffed by a U.S. Supreme Court ruling that affirmed the First Amendment rights of doctors in such cases. Under Clinton, civil court action was taken to shut down medical cannabis dispensing collectives.

The Bush Administration pursued a more aggressive policy, raiding medical cannabis dispensaries throughout California, brining criminal charges against more than 100 individuals who were in compliance with state law, and threatening commercial property owners with criminal proceedings and forfeiture of their property for renting to patient collectives. Patients in New Mexico and Colorado were also targeted, though not on a similar scale.

The Obama Administration has been asked to stop the Bush tactics of intimidating California commercial property owners who rent to patient collectives that provide medical marijuana.

Since the summer of 2007, the DEA has sent letters to at least 300 landlords in California threatening federal criminal prosecution and asset forfeiture if they continue to lease to medical marijuana dispensaries. The Department of Justice had not acted on the DEA threats until early January, when property owners in Capps' district of Santa Barbara received an ultimatum -- evict their tenants by February 21, or face legal jeopardy.

Capps letter urges the new administration "to act swiftly to suspend the enforcement threats against the property owners in California who are in compliance with local and state law."

Though licensed under a Santa Barbara city ordinance, since the threatening letters were first sent in 2007, most of the dispensaries in Santa Barbara have been evicted by their landlords or have closed voluntarily to avoid legal problems.

"We applaud Representative Capps' leadership in opposing DEA intimidation," said Caren Woodson, ASA Director of Government Affairs. "Given public statements by President Obama and others in his administration about changing medical marijuana policy, these tactics are completely indefensible."

ASA and other advocates estimate that approximately 400 dispensaries help provide medical marijuana to a majority of the more than 200,000 qualified patients in California. In August of 2008, State Attorney General Jerry Brown issued guidelines recognizing the legality of medical marijuana dispensaries and offered a set of recommendation for how such facilities could comply with state law. In 2005, the California Board of Equalization began collecting tax on the sale of medical marijuana, a revenue source for the state budget estimated by ASA at more than $100 million.

More medical cannabis will be available for research soon, if members of Congress have their way.

After lobbying by ASA, Sixteen members of Congress sent a letter last month to Attorney General Eric Holder, urging the Drug Enforcement Administration (DEA) to act "swiftly to amend or withdraw" an order that significantly curtails medical marijuana research in the United States.

At issue is a 2001 request by a University of Massachusetts, Amherst researcher, Dr. Lyle Craker, to grow pharmaceutical-grade cannabis for federally approved research studies. Currently, many approved studies are unable to proceed for lack of research materials. In February of 2007, DEA Administrative Law Judge Mary Ellen Bittner ruled that monopoly should end because expanded medical marijuana research is "in the public interest." The DEA sat on the ruling for nearly two years before rejecting it less than one week before the new administration took office.

For more than forty years, the government has given the University of Mississippi a monopoly on cultivating marijuana for medical research. Not only is this arrangement unlike that for any other controlled substance regulated by the federal government, no other country restricts research in this way.

The Congressional letter authored by John Olver (D-MA) notes the broad scientific and political support for Craker's proposal: "Forty-five members of the House of Representatives and Senators Edward Kennedy and John Kerry, as well as a broad range of scientific, medical and public health organizations including the Lymphoma Foundation of America, the National Association for Public Health Policy, and the Multiple Sclerosis Foundation have all written to DEA in support of Professor Craker's efforts."

In her 87-page Opinion and Recommended Ruling, Administrative Law Judge Bittner concluded that the quality and quantity of marijuana supplied by NIDA was inadequate for the level of research that cannabis deserves.

The ACLU, which represents Professor Craker in this matter, is requesting reconsideration and an opportunity to respond to new evidence used by the DEA in its decision.

Maryland has edged one step closer to expanding a state medical marijuana law that advocates say is too limited.

The bill, HB 1339, would require the State Department of Health and Mental Hygiene to staff a Governor-appointed task force to evaluate whether the current state law is effective, fair, and equally enforced across all state jurisdictions, among other issues. 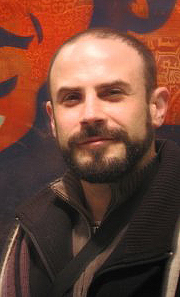 "Maryland's medical marijuana law is broken," said Tony Bowles, a spokesperson with the Montgomery County Chapter of Americans for Safe Access. "People suffering from serious or chronic conditions are still vulnerable to arrest and prosecution, and are left without a safe, secure way to access physician-recommended medical marijuana."

The Maryland state legislature passed the Darrell Putman Compassionate Use Act in 2002, requiring state and municipal courts to consider a a physician's recommendation for medical use of cannabis to be a "mitigating factor" in marijuana-related state prosecutions. The law permits an affirmative defense in state court, yet qualified patients may still be convicted and fined up to $100.

Advocates say Maryland's citizens with a physician's recommendation to use marijuana are routinely arrested, prosecuted, and, in some cases, fined more than the statutory $100 limit.

"Maryland's qualified patients in Maryland should not be forced to break the law and use the illicit market to access to the medicine their doctors recommend," said Bowles.

Thirteen other states, containing more than 72 million people, have passed laws authorizing patients living with a serious or chronic condition to use physician-recommended marijuana free from criminal prosecution.

The Maryland chapters of Americans For Safe Access have been working with patients and their supporters bring similar protections to their state.

"Every year, Maryland wastes precious law enforcement resources to investigate, arrest and prosecute scores of people who legitimately use medical cannabis," said Bowles. "We applaud Delegate Heller's proposal and hope this task force will put science above politics, paving the way for much needed changes to a flawed medical marijuana law."

NATIONAL ACTION ALERT: Be One of Obama's 10 Letters a Day

Every day, President Obama reads 10 letters from average Americans, and yours can be one of them. The president not only reads the letters his staff pick, he acts on them.

This month we're asking you to sit down and write a letter to the President. Make it relevant, timely and compelling; explain how your struggle for safe access to medical cannabis is about healthcare, the economy, and everyday Americans caring for each other. For more information and help with talking points, visit: www.AmericansForSafeAccess.org/PresidentialRecommendations. Send Letters to: