The ASA legal team saw the fruits of another big victory for patients in March, when the California Department of Motor Vehicles (DMV) issued a new policy on driver's licenses that ends discrimination against state medical marijuana patients.

As of March 2, the DMV Driver Safety Procedure Manual now says that "use of medicinal marijuana approved by a physician should be handled in the same manner as any other prescription medication which may affect safe driving." The change means that medical marijuana use now "does not, in itself, constitute grounds for a license withdrawal action," as it had in the past.

The change in DMV policy stems from a lawsuit filed by ASA on behalf of Rose Johnson, 53, whose driving license was revoked because she uses medical marijuana on the advice of her doctor. Despite having driven for 37 years without an accident or a ticket, the DMV revoked Johnson's license last July. According to the DMV, Johnson was no longer able to safely operate a motor vehicle "because of...[an] addiction to, or habitual use of, [a] drug." Their evidence? Her doctor's recommendation for medical marijuana.

ASA filed suit on Johnson's behalf in November, and DMV announced their new policy in January, before her case was heard. Johnson was given a driving test, which she passed, and DMV reinstated her license.

"The new DMV policy is a significant change," said ASA Chief Counsel Joe Elford, who handled the action. "Drivers will no longer have their licenses suspended or revoked simply because of their status as medical marijuana patients."

ASA had reports that the DMV had targeted medical marijuana patients in at least eight California counties, including Alameda, Butte, Contra Costa, Glenn, Merced, Placer, Sacramento, and Sonoma. License suspensions and revocations by the DMV were done under cover of calling the drivers "drug abusers," though they were based on nothing more than the person's status as a state-qualified medical marijuana patient.

"This DMV policy change represents a victory for patients, which puts us closer to full implementation of California's medical marijuana law," said Elford.

New comments on medical marijuana from the U.S. Attorney General have prompted a federal judge to grant a reprieve to a California man awaiting sentencing. 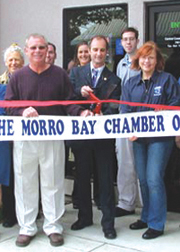 The judge wants to hear if there are policy changes at the Department of Justice that would affect whether Charles Lynch, 46, should serve the mandatory minimum six years in federal prison for operating a medical cannabis dispensary. Defense attorneys have asked that he be sentenced to time already served, the four days he was held before posting bond.

Lynch was scheduled to be sentenced March 23, but his attorneys now have until April 30 to find and present evidence of new federal policy. The Morro Bay man, who was convicted in August 2008, has become a symbol of the Bush Administration's attempts to thwart state medical marijuana programs. Many patients and advocates have been pushing the public debate on this high-profile case and talking to the media, but among the most effective has been a member of LA ASA, Cheryl Aichele.

"Cheryl has become more and more active during this case," said ASA Field Director George Pappas. "She may be new to advocacy, but she's shown what determination and energy can accomplish."

Lynch has appeared recently on 20/20, on MSNBC, and is the focus of a Reason TV documentary with Drew Carey. Lynch is scheduled for Larry King Live the week of April 6.

"Mr. Lynch is a victim of an outdated federal approach to medical marijuana, which has changed under the Obama Administration," said Joe Elford, ASA Chief Counsel. "If President Obama recognizes the injustice of federal raids on medical marijuana dispensaries, then Lynch should serve no more time than he already has."

President Obama said on the campaign trail that he would change federal policy on medical marijuana, but his administration has been slow to announce what that will mean. Under questioning from the press, Attorney General Eric Holder has now said that the Department of Justice will no longer prosecute medical marijuana patients and providers unless they are violating both federal and state law.

By all accounts, Lynch was scrupulous in his adherence to both state law and local ordinance, obtaining business licenses and permits, and even joining the Morro Bay Chamber of Commerce. Though Lynch was prevented from presenting a defense based on compliance with state law or serving a medical need, his trial established that he even asked the DEA how to provide medicine to patients legally.

Lynch's medical marijuana dispensary, Central Coast Compassionate Caregivers, was raided by DEA agents in March 2007. He reopened, but closed after being threatened with forfeiture of his property. Two months later, Lynch was charged in federal court with multiple felonies related to possessing and distributing marijuana.

Since the 2005 U.S. Supreme Court decision in Gonzales v. Raich, which re-established the ability of federal agents to arrest and prosecute medical marijuana patients and providers, more than a half-dozen federal defendants have been found guilty at trial and sentenced up to 20 years in prison, despite being in compliance with local and state laws. More than two dozen federal medical marijuana cases are currently being prosecuted.

"It's time for the Obama Administration to act on its commitment to change federal medical marijuana policy," continued Elford. "Pending federal cases should be moved to state court, where juries can hear the whole truth."

Within days of Attorney General Eric Holder saying there is "a new American policy" on medical marijuana, DEA agents were again storming a California dispensary.

Though the indictment and evidence remain under seal, an unidentified official leaked word that the raid was justified because of unpaid state sales taxes. Holder had said that his department would go after only those who violate both federal and state law.

Within minutes of the raid starting, protestors alerted by ASA's emergency text message system had surrounded the dispensary. ASA and other advocates immediately called on local officials to take action, and within hours Assemblymember Tom Ammiano had issued a statement denouncing the raid. A statement from California's chief tax officer, Betty Yee, followed, saying that Emmalyn's was current on its tax payments. Other officials also denounced the raid, including Supervisor Chris Daly, in whose district Emmalyn's is located.

"I support safe and adequate access for all patients in the city," Daly said. "I condemn any force which is used to disrupt or prevent patients from accessing their medicine."

Emmalyn's was operating prior to San Francisco's 2006 development of a dispensary ordinance, and has been providing medical marijuana to thousands of patients in the city without incident. The dispensary’s attorney is Terence Hallinan, the former San Francisco District Attorney.

"There is no evidence that I'm aware of that my client is in violation of state or local law, or is errant in paying sales tax to the state," said Hallinan. "This is a slap to President Obama's face by DEA."

Medical marijuana advocates say that state law should be left to state officials.

"Medical marijuana patients and providers deserve a chance to defend themselves under state and local law," said ASA spokesperson Kris Hermes. "That's not possible once the federal government gets involved."

In recent years, the DEA has conducted more than 150 medical marijuana raids, the vast majority of which have been in California. 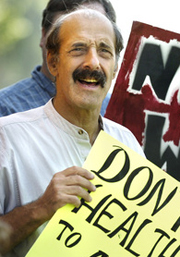 Working jointly with the Riverside County Dept. of Public Health, MAPP was the driving force behind making Riverside County the first county in southern California to issue the state mandated medical marijuana—a remarkable achievement in an area known as a hotbed of anti-medical cannabis sentiment.

MAPP also recently succeeded in bringing a medical cannabis panel discussion to the Riverside County HIV/AIDS Conference, funded by the County itself. It was a milestone in the County's recognition of medical cannabis. Swerdlow had also hoped to screen the acclaimed medical-cannabis documentary "Waiting to Inhale" at the conference, but was blocked be the Drug Free Community Coalition, a federally funded local group with friends on the County Board. The film was shown at a separate location.

Since then, MAPP has continued to fight harder than ever. The group is engaged in negotiations with the Riverside County Sheriff's Depart-ment that could lead to a model police policy. They have succeeded in pushing medical cannabis dispensing collective regulations in an area that has long been known as staunchly opposed. And they're party to a lawsuit against San Bernardino County, similar to suits filed by ASA against counties that are noncompliant with the medical cannabis state ID card program.

The work of Swerdlow and MAPP shows that, no matter what the opposition, a vocal community can create progress with relentless pressure on public officials based on reasoned debate and scientific facts. For more information on MAPP, contact Lanny Swerdlow by email at [email protected].

President Obama and the U.S. Attorney General told us that ending DEA raids on medical cannabis collectives was "now American policy." But on March 25, they raided another licensed dispensary. Enough is enough! DEA interference with state law must stop.

"Hi, my name is ___________. Your boss, U.S. Attorney General Eric Holder, has said DEA raids on state-legal medical marijuana dispensaries are no longer American policy. Yet you raided a permit-holding San Francisco dispensary. This is disgraceful and anti-democratic. Why is DEA not following the orders of our elected leaders? We demand that you cease and desist immediately!"