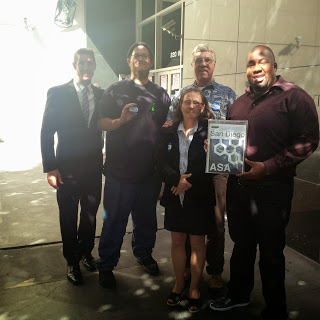 San Diego – Medical marijuana patient and Navy veteran Jovan Jackson, along with his attorney, Lance Rogers assisted by Logan Fairfax and Rezwan Khan were in court Thursday and Friday, October 3rd and 4th 2013, to hammer out jury instructions and motions in limine in preparation for Jovan’s third medical marijuana trial.

The entire day Thursday was spent crafting the instructions in department 54 before Judge Louis R. Hanoian.  The two parties, Chris Lindberg, the prosecutor responsible for Jovan’s persecution since 2009 and Lance Rogers, the man who has defended him, both brought forth versions of jury instructions which the judge rejected.  What ensued was lengthy argument from Lindberg attempting to limit Jovan’s defense under the Medical Marijuana Program Act (MMPA).

Not many have been harmed more than Jovan by San Diego District Attorney Bonnie Dumanis’ fierce fight against medical cannabis.  In the long ordeal and on his way to being acquitted on all medical marijuana charges from a jury trial in November of 2009, San Diego law enforcement raided the collective Jovan operated, Answerdam, a second time and began proceedings on that case in August of 2010.  In the pretrial proceedings from this case, Chris Lindberg, under Dumanis, was successful in convincing Judge Howard Shore that Jovan - as a collective operator where not all collective members tilled soil and grew medical cannabis - was not entitled to the MMPA defense which allows individuals to collectively and cooperatively cultivate and distribute medical cannabis in a closed loop.  As a result of this denial, Jovan was found guilty and Americans for Sade Access, Chief Counsel, Joe Elford, with the help of Lance Rogers, filed and won a landmark published appeal to the guilty verdict in the Fourth District Court of Appeal (People v. Jackson Cal. Ct. App. - Oct. 24, 2012) on behalf of Jovan.

The appellate decision did many things in addition to pushing the case back to  superior court to be retried - this time with the benefit of Jovan’s MMPA defense - it also provided guidelines to collectives. Those guidelines are best summed up by the statements below from the two attorneys who worked on the appeal:

Said Joe Elford, "This landmark decision not only recognizes the right of dispensaries to exist and provide medical marijuana to their patient members, it also grants a defense for those providers in state court. By rejecting the Attorney General's argument that patients who utilize dispensaries must collaborate, or 'come together' in 'some way' to cultivate the marijuana they purchase, the court is establishing a clear standard for dispensaries across the state."

While Lance Rogers had this to say, “The California appellate court gave an historic ruling which said three things.  1. Under state law it is legal to operate a storefront medical marijuana dispensary.  2. It is legal to sell medical marijuana for medical purposes 3. If you are a sick and dying medical marijuana patient you don’t have to grow your medicine yourself, it is perfectly acceptable to buy it from somebody else.”

The appellate decision was a huge victory in California for not only patients who wish to grow together but for storefront operations which are often the only avenue low income, disabled patients have to obtain their medicine.

Seeing Jovan Jackson back in court last week made the appeal a bittersweet triumph.   Jovan is a wonderful man and a friend. His ordeal has been long and to see him smile and take it all in stride is truly heartening.

Fortunately, we are shed of the biased and misinformed Judge Howard Shore from trial number two. Shore made statements at Jovan’s sentencing showing his clear prejudice against Jovan and calling medical marijuana a sham.  Due to this and other comments Lance Rogers challenged with the courts Shore’s ability to be impartial and Jovan is before the Honorable judge Hanoin for the duration of this, his third trial.

During Thursday’s proceedings, Judge Hanoian made it clear he had read the appellate court’s decision which he referred to saying “The court of appeals said evidence must be allowed to support the MMPA defense, it is an issue of fact and the central issue is profit.” Despite this and the court of appeal’s ruling Lindberg set about arguing that cultivation was a key element of the MMPA defense and since Jovan himself did not cultivate, the MMPA defense should be limited.  Finally, Judge Hanoian shut Lindberg down with this statement “I will not be saying to the jury that the MMPA does not apply in this case.” A meek “okay” was heard from Lindberg yet he continued in this vein for many more hours.

Linberg’s arguments bordered on the absurd but his Honor entertained them anyway until he eventually asserted with this statement which we also learned from the appellate court decision “It would be impossible for the sole purpose of a collective to be for cultivation, 1,600 members are not farmers.”  The judge used the Ocean Beach Peoples’ Food Co-op as an example of a cooperative cultivation where some members grow food and others contribute monetarily, indicating that he understands the appellate decision sufficiently to allow for fair jury instructions.  Final instructions will include the assertion that the definition of cultivation as it applies to the MMPA, need not include all members of a collective. With that, Lindberg argued for a half hour trying to convince the judge to define “membership” in the instructions.  Judge Hanoian refused to accommodate this request.

As an observer in court, I believe the jury instructions which came out of the full day of proceedings are some of the best we’ve seen in San Diego County and it is my hope they set courthouse precedent as regards the MMPA defense.

On Friday, pre-trial motions were argued, with the judge eliminating various pieces of evidence from the prosecution’s case.  Most desperate of these was an out-dated picture of Jovan in his younger years posing for a professional shot depicting him with fake money as a prop. Lindberg wanted to use this photo to show Jovan as a profiteer but the judge saw through this and denied the exhibit as irrelevant to the case.

The third trial of Jovan Jackson begins on October 21, 2013. I reach out to all patient advocates to come to court and stand with Jovan Jackson as he again fights for our rights to collectively cultivate under the MMPA.

Link to more articles on this case: http://www.safeaccesssd.org/search?q=jovan+jackson