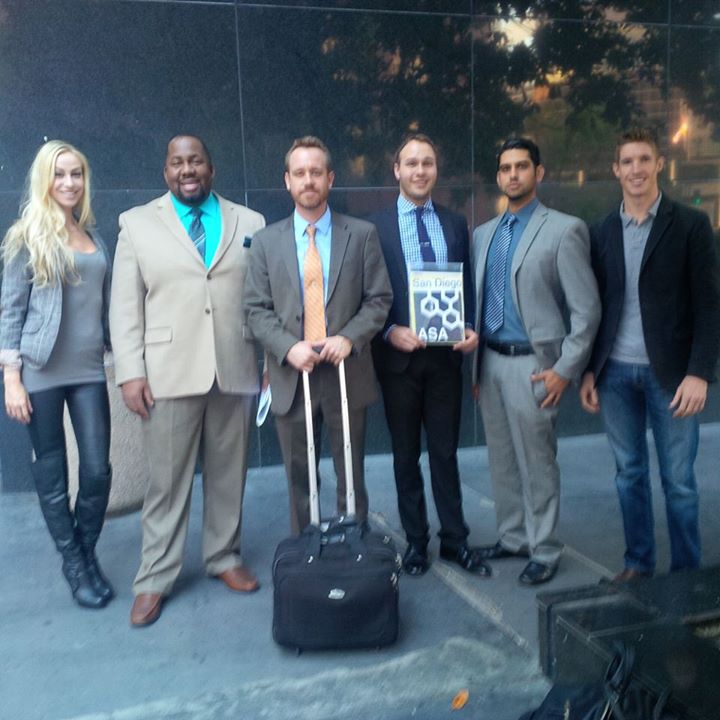 Thursday, Oct 31 - Day 5 of the third Jovan Jackson trial in San Diego. At 9:00AM this morning, defense counsel Lance Rogers brought a motion to dismiss the case against Jackson, arguing that the prosecutor, San Diego Deputy District Attorney Chris Lindberg, had misrepresented the trajectory of the case by declaring a witness and discovery, which the defense had then built their opening statements and case around, that the prosecutor withdrew at the last minute on the grounds that the witness would take the Fifth Amendment on the stand. None of the discovery or statements from the witness to the police indicated the witness would plead the fifth, but the judge did not find enough cause to grant the motion, so trial resumed.

As of last night, it was unclear just which witnesses would be called by the defense, but Jackson was called to the stand at 9:30AM for questioning that would last five hours, including three hours of cross-examination by the prosecution.

The jury heard that Jovan Jackson is an honorably discharged Navy veteran who began work as a barber after leaving the service. He became a medical cannabis patient, and while practicing his barber trade during the years of 2005 through 2007, he came into contact with other vets whom he discovered were also medical cannabis patients -- all of them trying to solve the problem of getting safe access to medicine for themselves and several loved ones.

On the stand, Jovan did a remarkable job of taking us back through the early days of the collective when it was just a handful of patients trying to find a solution. In due course the membership grew, and the collective got a name which reflected the solution: Answerdam Alternative Care.  Eventually, a location was leased so that cannabis medicine could be stored and patients could visit and obtain it safely and with less risk of law enforcement interference in their own homes. At the time, San Diego was hostile territory for medical cannabis patients (not much has changed), with San Diego District Attorney Bonnie Dumanis fighting to prevent safe access.

In those years Jackson researched state law and advised the collective members - many of whom did not have flexible hours as Jovan did - on the law. He did all the legwork it took to build a collective which was safe, lawful and effective in its service to its members.  Jackson made initial financial contributions to Answerdam on behalf of its members and, with the help of the core group of patients, set policies that would respect the building’s neighbors, keep patients safe and avoid contact with local and federal law enforcement.

Jackson told the jurors that membership grew to over 1,500, but not all patients participated fully in the collective since patients would join but some never returned. However, to comply with the law, all patients’ doctor recommendations for medical cannabis were collected, including those of one-time-only members, making the collective appear bigger than it actually was at any given time.

Because medical cannabis is mostly a cash business, due to the fact that cultivating members typically do not accept checks for the product they grow, Jackson took pains to explain the challenges of record keeping to the jury. He also disclosed that he had very little experience in managing revenue, so when he was contacted by a financial group who suggested he form a Limited Liability (LLC), Limited Liability Partnership (LLP) and a Trust -- a fact that Chris Lindberg has been fixated on as indication of profit-making –- he allowed the financial group to move forward on behalf of the collective.

We heard a lot about how the collective spent their money: on advertising and maintenance as well as Answerdam’s exhaustive quality control system of inspecting cannabis so their patients remained, as Jackson put it, emotionally well. He did not want members to experience the trauma of getting home and opening medication bottles with mold or pests inside. Answerdam also paid salaries to working members of the collective, Jackson included, another fact the prosecution is exploiting as indication of profit.

In August of 2008, Answerdam experienced its first raid by SWAT style local police cross-sworn as federal drug agents, and the collective was forced to close.  As a result of the 2008 raid, Jackson was in custody for 20 days and eventually faced trial, but he is not allowed to say so on the witness stand, and that made it difficult to explain many things about the policies of Answerdam and its missing records. Because of a sense of duty to its members, they reopened in 2009, and that is when, as an added layer of legal protection, they began to use the primary caregiver form the prosecution is telling the jury makes them unlawful.

Chris Lindberg’s cross examination of Jovan was exhausting.  He badgered and berated Jackson about withdrawals from Answerdam’s bank account, the cash paid in salaries and the forming of the LLC, LLP and Trust. Lindberg kept referring to a transcript from a prior hearing, attempting to catch Jovan in misstatements taken out of context. Some of the points Lindberg fixated on were why Answerdam advertised; the fact that Jovan made a lot of decisions on behalf of the collective; whether growing members who provided medical cannabis made profits and he even suggested Jovan was somehow cheating the rest of the members of the collective because the collective gave an eighth ounce of medical cannabis free to members on their birthdays.  And, or course the primary caregiver issue came up again, with repeated inquiries about whether Jackson was a nurse.  It was brutal, and I detested seeing this kind, gentle man who has been through so much being bullied by this wrong-headed persecution.

Late in the day, outside the presence of the jury, Judge Hanoian disclosed that the court had received a letter from attorney Robert A. Raich on behalf of retired Senator John Vasconcellos. Vasconcellos co-chaired former-Attorney General Bill Lockyer's Medical Marijuana Task Force, which eventually crafted what became SB 420 in 2003, also known as the Medical Marijuana Program Act (MMPA).  In the letter, the Vasconcellos communicated to Judge Hanoian that the MMPA was being misapplied to restrict profit. The Judge refused to add the letter to the file saying it had no bearing on the case.

Today, November 1, 2013, the trial will resume with a possible remaining witness and closing statements.  Please plan to attend court and stand with Jovan.  The case is being heard in Department 54 of the Downtown San Diego County Courthouse at 220 W. Broadway, San Diego, CA 9201.