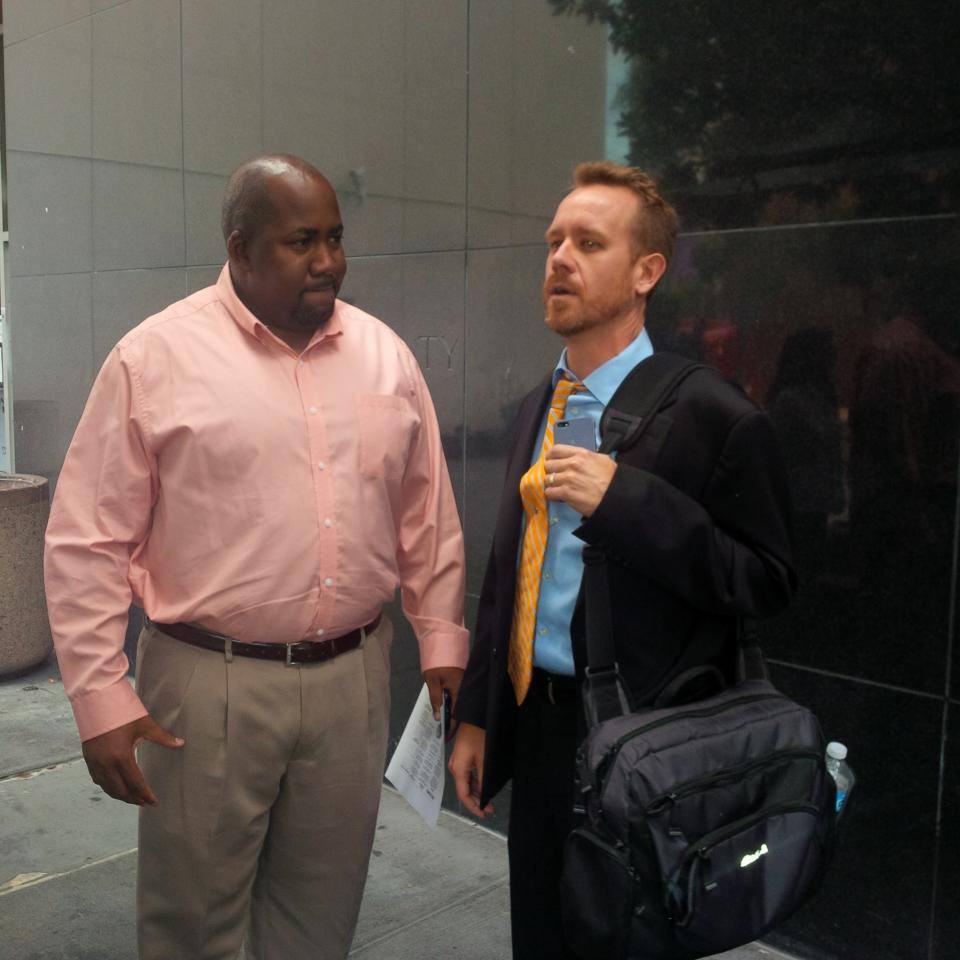 Jovan Jackson and his attorneys were back in court yesterday for day two of prosecutors third attempt to convict the Navy veteran and medical cannabis patient. Jovan was the directing operator of Answerdam, a medical cannabis collective twice raided in previous years. He was acquitted in the first trial, stemming from a raid in 2008, then tried again based on a 2009 raid and found guilty in 2010 after being denied a medical defense in state court. The guilty verdict was overturned by the appellate court last year in People v Jackson and returned for retrial, this time in front of a new judge, Louis R. Hanoian, after the first was determined to have shown bias for the prosecution.

In the morning’s proceedings we were subjected to more exhaustive testimony, images and a video of San Diego Police Detective Mark Carlson, a cross-deputized DEA agent, narrating from the stand as he skulked around Answerdam’s suite on Convoy Court in San Diego during the raid that resulted from an undercover officer with a medical recommendation buying medical cannabis a few days prior.

The photos and video shown the jury gave no indication that Answerdam was providing medicine to anyone who did not have doctor recommendations, proof which is crucial to show Jovan was acting outside the Medical Marijuana Program Act (MMPA) that is the basis of his defense. The MMPA provides immunity for the felonies Jovan is charged with: Possession of Marijuana for Sale and Sale of Marijuana.

The images shown by Chris Lindberg, the San Diego Deputy District Attorney who has been responsible for the case, did however bore the judge, jury and supporters as we all appeared to struggle understanding why, if the jury instructions say cannabis sales are legal in a closed loop of patients in a non-profit enterprise, we are again today looking at pictures of medical cannabis from the raid as if the very presence of it is a crime.

In defense attorney Lance Roger’s cross examination of Mark Carlson, he elicited testimony that Carlson’s investigation - though involving multiple employees - resulted in only two arrests and only of African American men. Lance also questioned Carlson if Jovan was present during the 2009 raid but was not allowed to ask the detective where Jovan was. This because the judge has ruled the jury is not to hear Jovan was in custody or the fact that he was eventually acquitted in the first round of raids on Answerdam.

In a brilliant move, Lance Rogers asked Carlson if the undercover officer Mike Mendez who purchased medicine at Answerdam was a legitimate medical cannabis patient.  Mike Mendez had used false identification, lied to a doctor to obtain a recommendation and purchased cannabis. Carlson, trapped, maintained Mendez was not a patient since he didn’t actually use the medical cannabis.

There were a string of witnesses to follow, the most perplexing of which was a DEA chemist, Michael Brousseau, who was called to testify that he had tested the cannabis Mendez purchased and found it to be cannabis, leaving us wondering if, should the defense stipulate that there was cannabis and it was sold, the prosecution would have any evidence to put on at all.

Among the uninteresting witnesses were SDPD’s Schyler Boyz; another DEA chemist named Todd Davis; Kevin Tidwell, a DEA digital forensic specialist; Garrett Pryor, the Property Manager at the complex Answerdam was housed; and finally Answerdam’s doorman John Poukkula.  The doorman, a licensed security guard, testified on behalf of the prosecution but actually aided the defense in showing he was there to check doctor recommendations and only after this check would the member patients be allowed inside the interior to obtain medicine.

After lunch, Lindberg called ex-IRS investigator Rudolph Chesnik II, a financial investigator contracted by the DEA. We listened for the rest of the afternoon to testimony and exhibits of Answerdam’s corporation papers, bank statements and sales tally sheets.

Today, Lance Rogers will cross examine Chesnik and the prosecution is expected to rest his case sometime after that.

This case is being heard in Department 54 of the San Diego Superior Court at 220 W. Broadway, San Diego, CA 92101.  Lance Rogers is assisted in Jovan's defense by Nathan Shaman and Rezwan Khan.

The ongoing persecution of Jovan Jackson by San Diego District Attorney Bonnie Dumanis is tragic. Please come to court and stand with Jovan as he fights for his rights as a medical cannabis patient and provider.