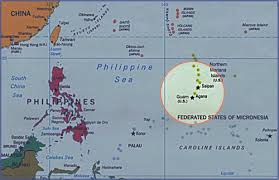 Medical cannabis advocates can claim an early victory in today’s elections. The US Territory of Guam has legalized medical cannabis. Early returns say that voters there approved a ballot measure to allow medical cannabis use for "debilitating medical conditions" by a margin of 56%. Guam joins thirty-four states and the District of Columbia in adopting some form of medical cannabis law. A commission will work out the details of the territory’s medical cannabis program next year.

Guam is an independently governed US territory located in Micronesia in the western Pacific Ocean. The US Constitution gives Congress the authority to “make all needful Rules and Regulations respecting the Territory” (Section 3.2). The US Department of Justice indicated in 2013 that they would make enforcement of federal medical cannabis laws a low priority in states with effective regulations and in cases and where activity did not include certain criteria. Arguably, the same principle applies in US Territories.