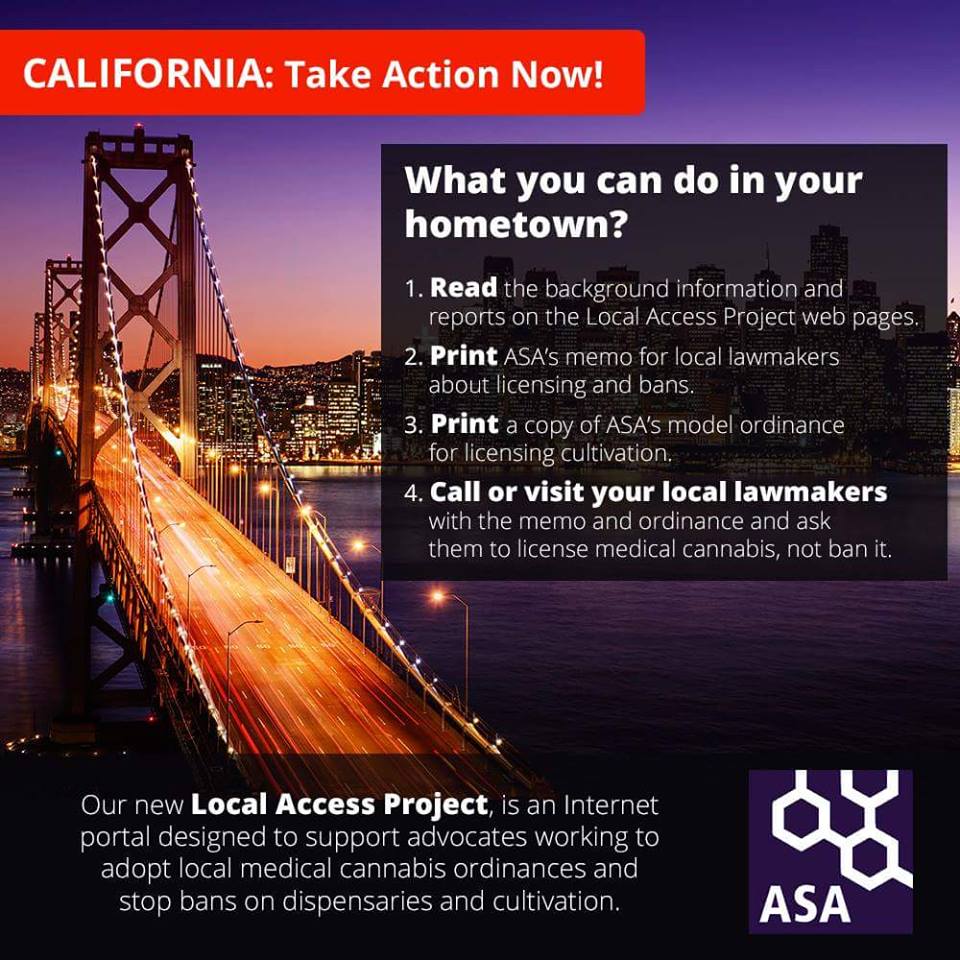 ASA is calling on members and friends in all fifty-eight counties and 482 cities in California to get active in the fight for local regulations and against bans on medical cannabis.

You can use our new Local Access Project, an Internet portal designed to support advocates working to adopt local medical cannabis ordinances and stop bans on dispensaries and cultivation. This is an important part of ensuring that there are enough licensed cultivators, dispensers, and other businesses to serve legal patients in California.

The Local Access Project combines ASA resources and trainings you need to make a real difference in your hometown. The new web pages contain:

Governor Brown signed the Medical Marijuana Regulations and Safety Act (MMRSA) on October 9. That bill will finally license medical cannabis businesses at the state level. However, applicants must obtain a local license, permit, or approval from the city or county in which they operate.

Some cities and counties have responded to the MMRSA by moving forward with local licensing. Unfortunately, others have banned dispensaries, commercial cultivation, and sometimes even personal patient cultivation. Most have done nothing since the new state law was adopted.

Your participation matters. Research shows that undecided lawmakers are more likely to be persuaded by their own constituents than by a paid lobbyist.

If you are worried about licensing and bans, here is what you can do to get started in your hometown:

This is a lot to do, but this is what it will take to move local licensing forward and slow down bans statewide. Do not be intimidated by talking with lawmakers. It is their job to listen to you. Be sure to check out the videos and workbooks on ASA’s Medical Cannabis Advocates Training Center for tips on being a more effective citizen lobbyist and organizer.