From July 29 through August 2, Americans for Safe Access attended the annual National Conference of State Legislators (NCSL) in Los Angeles, California. We joined over 5,000 conference attendees (about 1,200 of which were state lawmakers or state legislative staff) to promote the goals of our End Pain, Not Lives Campaign. 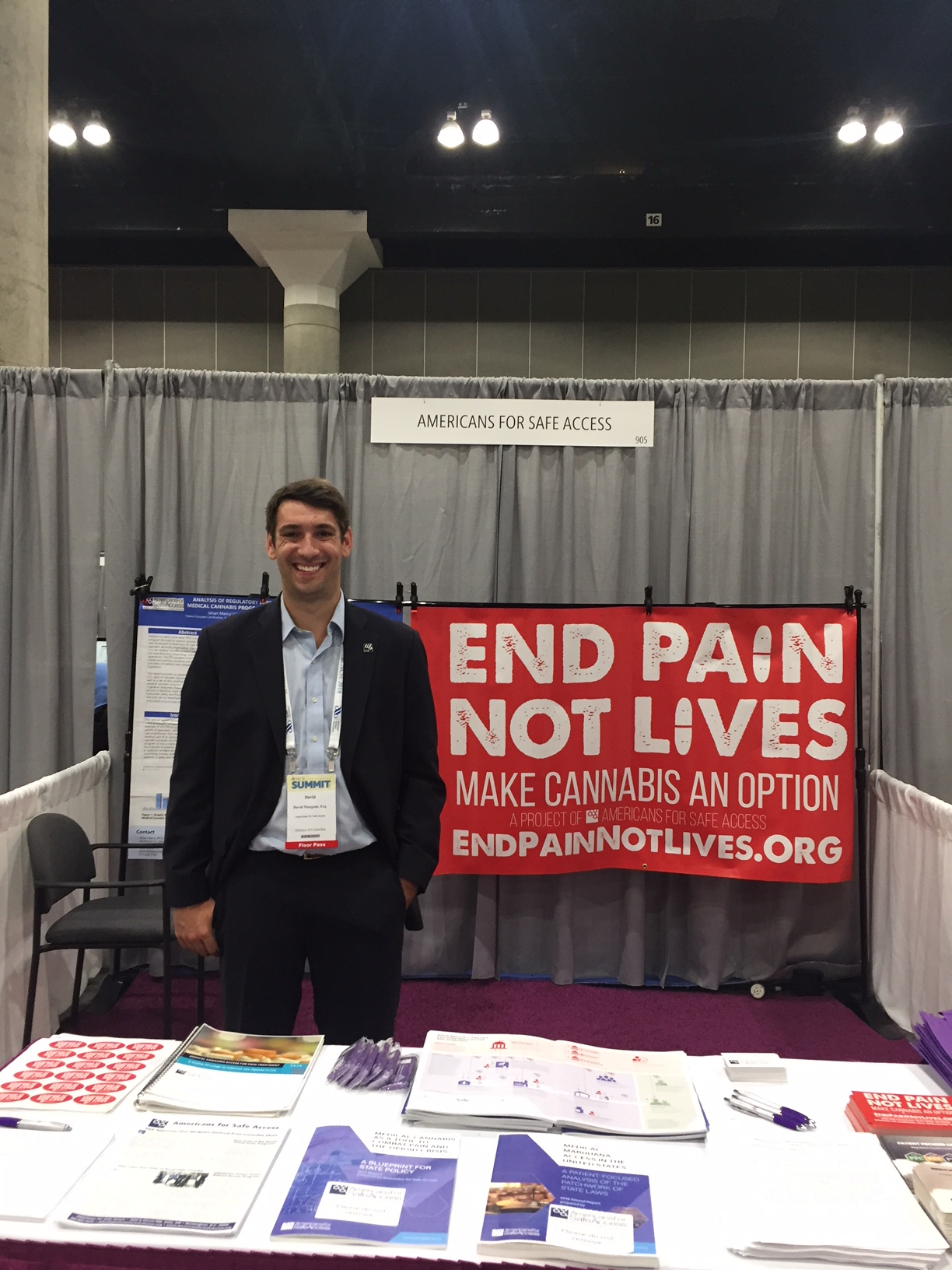 We distributed copies of our State of States Report, our Opioid Blueprint, and our Medical Cannabis Briefing Book. In addition to these materials, we were able to successfully get model legislation into the hands of a lawmaker from every state!

The model legislation is focused on using cannabis as an alternative to opioids and allows individuals who have received an opioid prescription to effectively trade that prescription in for a medical cannabis card. The legislation also creates a provisional card so patients can immediately access medicine while they are waiting on approval of their application. Additionally, it bans anyone from charging a fee to fill out an application for a patient.

While legislation similar to this has been introduced in Illinois, and has been adopted in New York through the Department of Health, the prospect of lawmakers in all fifty states potentially introducing this legislation is particularly exciting.

At the conference, we also recognized key lawmakers who pledged to End Pain, Not Lives through legislative or regulatory action.

While the focus of the conference is targeted on connecting advocates and lawmakers, ASA also had the opportunity to develop relationships with private sector groups and other nonprofits. Eaze, a cannabis delivery service in California, congratulated ASA on the work we do in providing patients resources to improve access. We were also able to connect with many local medical dispensary owners who expressed a strong interest in improving the presence of the ASA regional Chapter in Los Angeles. Stay tuned for exciting developments related to our Los Angeles Chapter in the coming weeks!

Throughout the duration of the conference, NCSL hosted several sessions for legislators. There were several sessions related to the opioid crisis, but NCSL also hosted two cannabis specific sessions. The first, entitled The Crossroads of Cannabis, Federal Law and the States analyzed the conflict between state and federal law, and a path forward for states looking to expand there medical cannabis programs. The other session dealt with the challenges and obstacles businesses in the cannabis industry face when it comes to accessing banking services.

During the legislative summit, NCSL also approves policy resolutions. These resolutions do not have any binding authority, but do show the bipartisan agreement of legislators for a wide spectrum of states. In Los Angeles, NCSL approved a resolution about cannabis that reads in part:

The full resolution is available here.

This is our second year attending the conference. The 2019 Conference is scheduled to take place in Nashville, Tennessee, from August 5-8.