This week has been big for cannabis in electoral politics. Thanks to Tuesday’s election, thirty-three states now have a comprehensive medical cannabis program. Ballot victories in Missouri and Utah transitioned these states’ low-THC CBD programs to significantly broader access. Voters in eleven Wisconsin counties and one city approved non-binding referendums supporting medical cannabis legislation.  Michigan passed an initiative that legalized the adult use of cannabis. 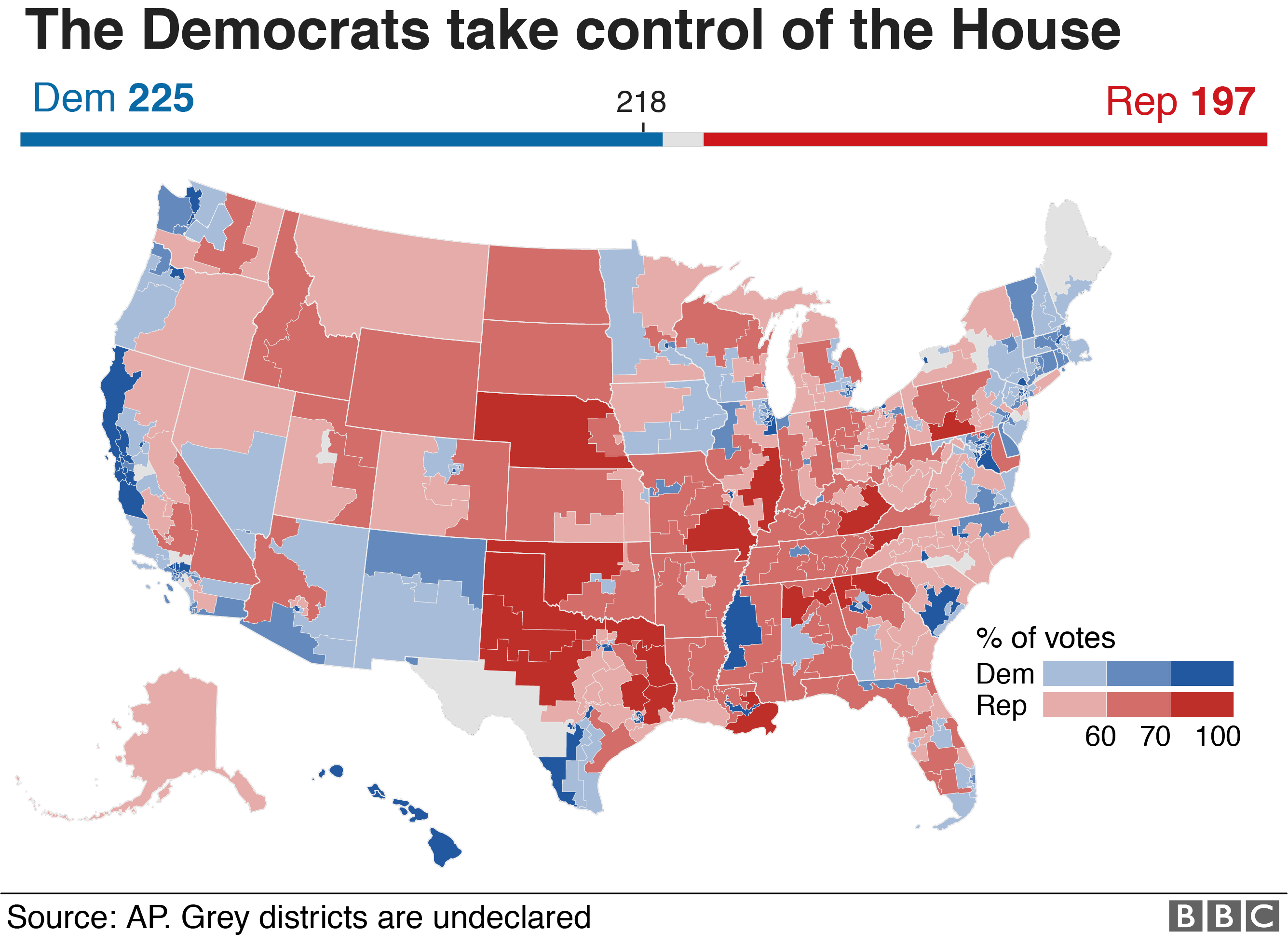 In addition to the big results on Tuesday, Wednesday brought news of Attorney General Jeff Sessions’ resignation. Since his appointment as Attorney General (and for a considerable time beforehand as a U.S. Senator), Sessions made no efforts to hide his dislike for cannabis and those who used it, even for medical purposes.

Democrats won control of the House of Representatives (as of this writing, Democrats had 225 seats and Republicans have 197, with 14 seats still being counted) and Republicans maintained control of the Senate by holding onto 51 seats--Democrats currently hold 44 seats. The two independent Senators  who caucus with Democrats--(Bernie Sanders (VT) and Angus King (ME))--won reelection. The results of three Senate seats are still being counted.

Perhaps the biggest victory for medical cannabis advocates came in the form of two ballot initiatives in  Utah and Missouri.

Missouri: The voters of Missouri had three medical cannabis initiatives on which to to vote. Of the three, Amendment 2 passed with 65.5% of the vote (1,572,592 votes). Under Amendment 2, medical cannabis would be legalized and taxed at a rate of 4%. The tax revenue from Amendment 2 would be dedicated to providing healthcare services for veterans. It also would allow for nine qualifying medical conditions to be eligible for medical cannabis and the opportunity to add other conditions with a doctor’s approval. Patients would be allowed to possess a minimum of four ounces of cannabis for 30 days, though this may be increased by the Department of Health and Senior Services.

Patients will begin to receive the protections of Amendment 2 starting on December 6, 2018. According to the language of the initiative, the State must be ready to begin to accept licenses for medical cannabis businesses by July 6, 2019. Amendment 2 is a constitutional amendment, meaning that any changes to its text by the legislature must be approved by a simple majority in the state legislature then put to a public vote.

Utah: Like Missouri, the State of Utah also passed a medical cannabis ballot initiative called Proposition 2. As of writing, the initiative passed with 53.15% of the vote (404,427 votes), though there are some precincts still reporting. Proposition 2 would legalize medical marijuana for individuals with certain qualifying conditions and would allow patients to possess two ounces of cannabis for each 14-day period. Proposition 2 would exempt cannabis from state and local sales taxes. Unlike Amendment 2, which requires the legislature and a public vote to enact change, it appears as though the provisions of Amendment 2 can be changed by the state legislature upon a simple majority vote.

In response to Proposition 2, opponents of the initiative and other stakeholders had previously drafted a series of bills intended to be viewed as compromise legislation for implementing medical cannabis in Utah. However, It appears as though many patient  advocates had been largely left out of these discussions, but this may change in the coming weeks. You can read more about the process of a possible legislative medical cannabis program to supersede Proposition 2 here.

There were thirty-six gubernatorial races around the country that were decided on Tuesday, with Democratic candidates gaining seven total seats. Many of these races occurred in states that already have strong medical cannabis programs, but four  races of note are the ones that occurred in Kansas,Wisconsin, Georgia, and Colorado

Wisconsin: Another important race was in Wisconsin. Democrat Tony Evers replaced Scott Walker. Although Scott Walker signed a limited CBD bill into law while Governor, he largely subscribed to prohibitionist ideals including the gateway theory. With eleven counties in Wisconsin voting favorably for medical cannabis advisory referendums,Tony Evers’ campaign website has the following statement indicating that the future of medical cannabis in the state may be improving:

“For many Wisconsinites, medical marijuana will alleviate chronic pain, which is why organizations like the American Legion support legalization because of the documented health benefits for our veterans.  It’s no secret that Wisconsin, like red and blue states across the country, is battling an opioid and painkiller crisis that is killing thousands of Americans every year. The fact remains that states that have legalized medical marijuana have observed double digit decreases in both opioid abuse and overdose related hospitalizations. Tony would support and sign medical marijuana legalization legislation”

Georgia: The race in Georgia is still too close to call, could could result in a Governor favorable to legalization of medical cannabis  in the Southeast.

As of writing this post, Democrats have gained thirty seats giving them the majority in the House of Representatives. Perhaps the most significant outcome for medical cannabis advocates is the loss of Pete Sessions. Pete Sessions, formerly the chairman of the House Rules committee, Lost his race to Democratic challenger Colin Allred. Sessions was notorious for blocking cannabis amendments from coming to the house floor. Many advocates view his departure as the window of opportunity to pass permanent legislation. Bob Goodlatte (R-VA), who was the chairman of House Judiciary also lost his seat.

Unfortunately, medical cannabis advocates also suffered the loss of a key advocate. Dana Rohrabacher of California, long known for his support of patients and a reform of the federal cannabis laws lost his seat. Rohrabacher was instrumental in securing protections for patients from the justice department in the annual CJS appropriations amendment. Fortunately, beginning in 2017, Republican Dave Joyce from Ohio agreed to be the Republican lead sponsor on this amendment, allowing for this amendment to be continued through subsequent appropriations processes.

Despite losses of some of our champions, the future for medical cannabis legislation in the House looks bright. Earl Blumenauer (D-OR) has laid out a potential blueprint for House Democrats to follow to federally legalize cannabis. His proposal is broadreaching and ambitious, and not guaranteed to pass with Republican controlled senate and White House, but it provides important insight as to how the Democrats may choose to use their majority to move cannabis policy forward.

The path to moving cannabis legislation through the Senate has never been an easy one. The Republicans have maintained control of the Senate and nearly all of our regular champions on cannabis legislation have retained their seats. However, many of our opponents in the Senate were not up for reelection  including Richard Shelby (R-AL) and Chuck Grassley (R-IA).

This is what we know about the newly elected Senators: ]

Senator-Elect Mike Braun  (R-IN) appears to support letting states set their own policies when it  comes to cannabis.

Senator-Elect Josh Hawley (R-MO): He has indicated he is “inclined to support” medical cannabis.

Jacky Rosen (D-NV) actively supported medical cannabis legislation in the House and will likely continue to do so in the Senate.

ASA is excited and ready to use our momentum to work with the new Congress to protect patient access to medical cannabis.