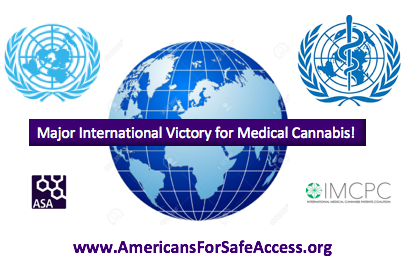 The CND, made up of 53 member countries is responsible for implementing international drug control treaties as well as the Scheduling of drugs. A total of 27 countries voted in favor of the removal of cannabis from Schedule IV, including the United States. This decision to remove cannabis from Schedule IV comes after 60 years since its placement into this strictest international category, which is intended for drugs that are dangerous and lack medical use. 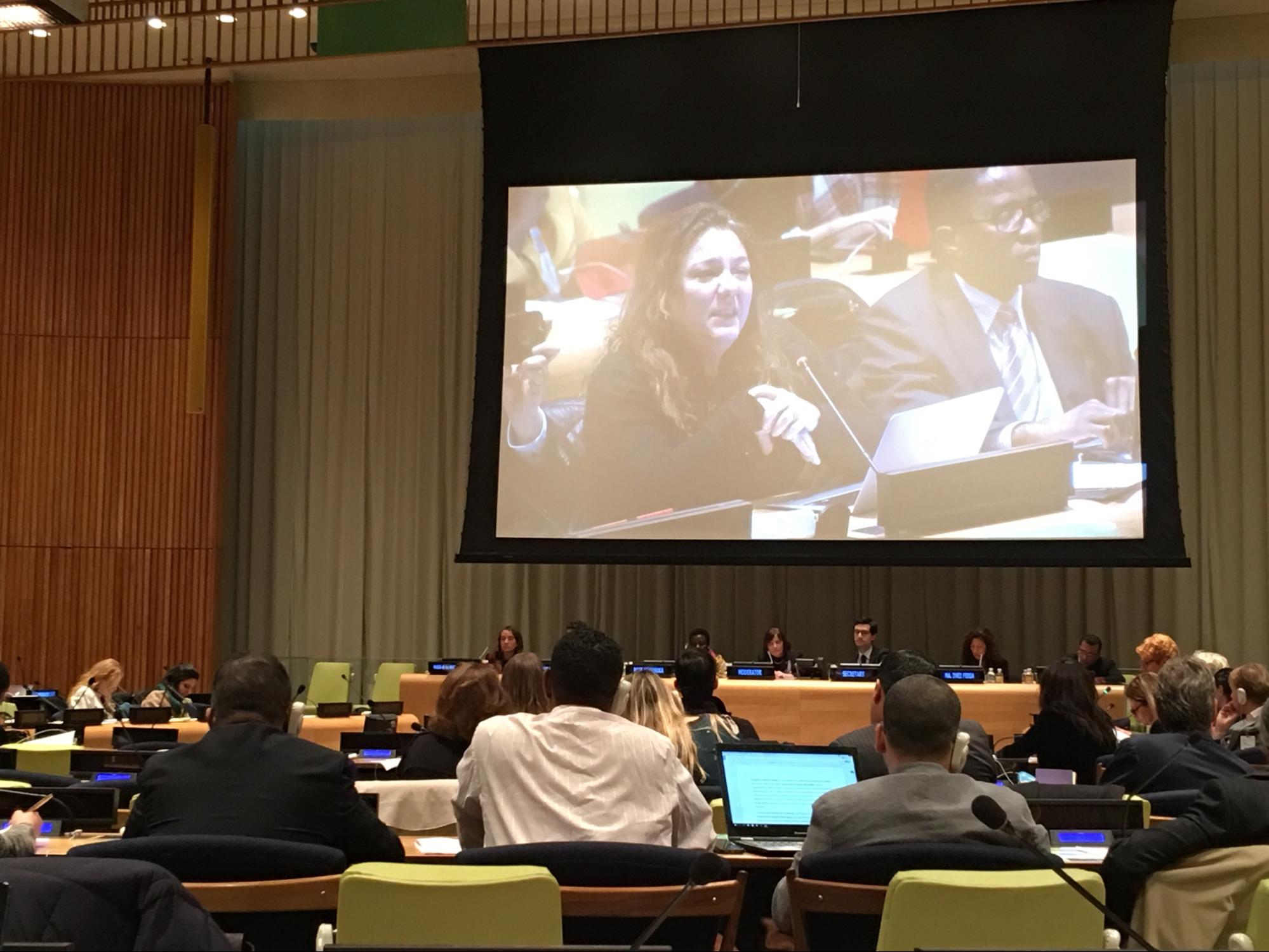 Americans for Safe Access (ASA) and its program, the International Medical Cannabis Patients Coalition (IMCPC), which is the largest coalition of medical cannabis patient organizations in the world, have been fighting to remove cannabis from Schedule IV at the United Nations for over a decade because it was outdated, not based on scientific evidence, and has been harmful to the millions of patients around the world who use cannabis for therapeutic purposes. ASA along with members of IMCPC have testified before the UN and the World Health Organization (WHO), and lobbied member states for many years. Through ASA and IMCPC, patients have had international representation at the WHO and the United Nations and generated thousands of letters from over 75 countries to UN Ambassadors calling for reconsiderations of Cannabis’ scheduling. In 2016, ASA and the IMCPC created its own critical review that was delivered to the UN, which helped prompt the review process to look at the science and policies related to medical cannabis. 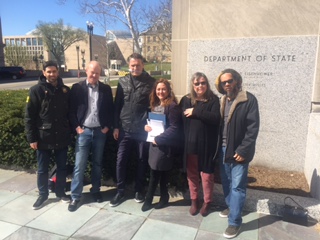 Before the CND could vote on this measure today, it was required to review and base its vote on the WHO’s recommendations. The WHO, in turn, was required to obtain recommendations on cannabis by an independent, scientific advisory body called the Expert Committee on Drug Dependence (ECDD) before it could offer its recommendations to the CND. After many years of pressure, the ECDD was able to conduct a rigorous, evidence-based, and multi-year review of cannabis and its resin that, ultimately, determined that cannabis and its resin be removed from Schedule IV.

The deletion of cannabis in Schedule IV has far and wide implications for medical cannabis patients around the world:

The MORE Act, which is being considered before the full US House of Representatives tomorrow seeks to deschedule cannabis from Schedule I of the US Controlled Substances Act. Should the bill fail in the House and/or the Senate, ASA recommends that the US reschedule cannabis to a new Schedule V(A) that would allow for cannabis to be used as a frontline medication.

After that, ASA strongly urges the U.S. to adopt ASA’s draft federal legislation that would create an Office of Medical Cannabis Control (OMCC),  a federal oversight agency with centralized regulatory authority over medical cannabis research, production, and distribution. While passage of the MORE Act would do much to help medical cannabis patients, more must be done for the millions of Americans struggling with debilitating illness and chronic pain. This new federal agency would result in a consistent and predictable regulatory environment nationwide.

The UN decision today gives us strength and hope. ASA will continue our fight for access until all patients in the US and across the globe have access to this incredible medicine.