This morning New Jersey Governor Chris Christie set off a small firestorm saying he would use the power of the federal government to end state-level access to marijuana saying, “Marijuana is against the law in the states and it should be enforced in all 50 states.” Although Colorado and other states with recreational marijuana laws have received the lion's share of Christie’s criticism he has previous called medical marijuana “a front for legalization” so there is every reason to fear that a theoretical Christie administration would mean a new war on medical marijuana patients.

It goes without saying that Christie is behind the times on medical marijuana, but its worth noting just how out of the mainstream Christie is compared to the rest of the country. 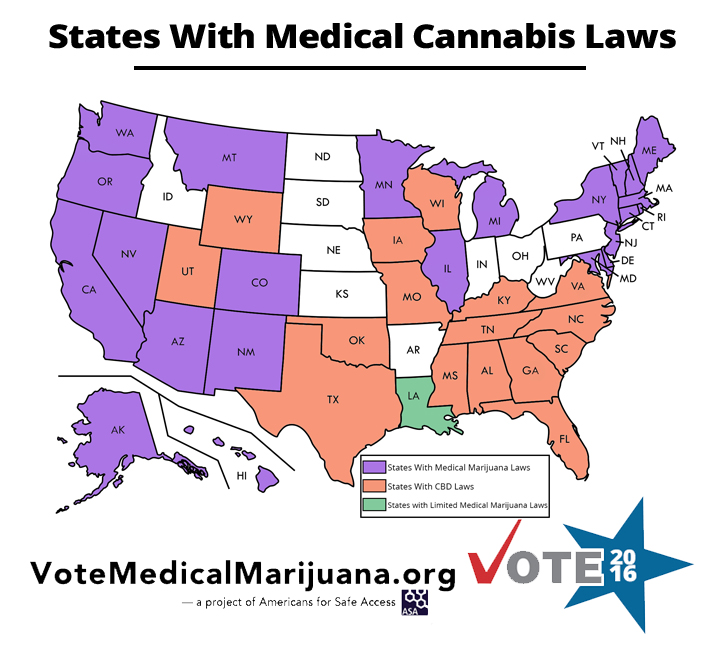 Further, in the past 18 months 16 additional states have passed laws to enable their citizens  access to the marijuana component cannabidiol (CBD). This wave of new laws was created after CBD-dominant marijuana products have been shown to have tremendous potential to treat severe forms of epilepsy, leading to state legislators lining up to fill the void left by inaction on the federal level.  Louisiana has also passed a restrictive medical marijuana bill that goes beyond CBD focused laws, but falls short of states with other medical marijuana programs.

So beyond the logistical problems of Christie’s big anti-marijuana plans, it’s unlikely that Congress is going to write him any blank checks on the subject. Current law includes the Rohrabacher-Farr medical cannabis amendment which bans Department of Justice from spending money to prevent the implementation of state-level medical cannabis programs. The same amendment passed both the House of Representatives and a Senate Appropriations Committee vote by large margins with strong bipartisan support this year.

With members of Congress showing a clear preference for the federal government to leave state-level medical marijuana program alone, it would be extremely difficult for Christie to wage his planned war against marijuana without instructing federal employees to break the law themselves.

It Would Also Be Unpopular And Expensive

Americans support medical marijuana by “overwhelming numbers” so there’s no need to wonder if how they would react to coast to coast federal raids, especially the ones in their communities. By comparison Christie is currently polling at 3.2% in the Presidential race according the latest numbers by Real Clear Politics.  Among Republicans there are roughly 25 supporters of medical marijuana for every single supporter of Christie’s presidential run.

Nor would they be eager to pay the additional cost of that waging a war on marijuana would entail. If the last war on medical marijuana was a waste of taxpayer money, Christie’s proposed new one would necessarily be a much larger one.

Interested in learning more about what your members of Congress think about medical marijuana? Check out Vote Medical Marijuana.