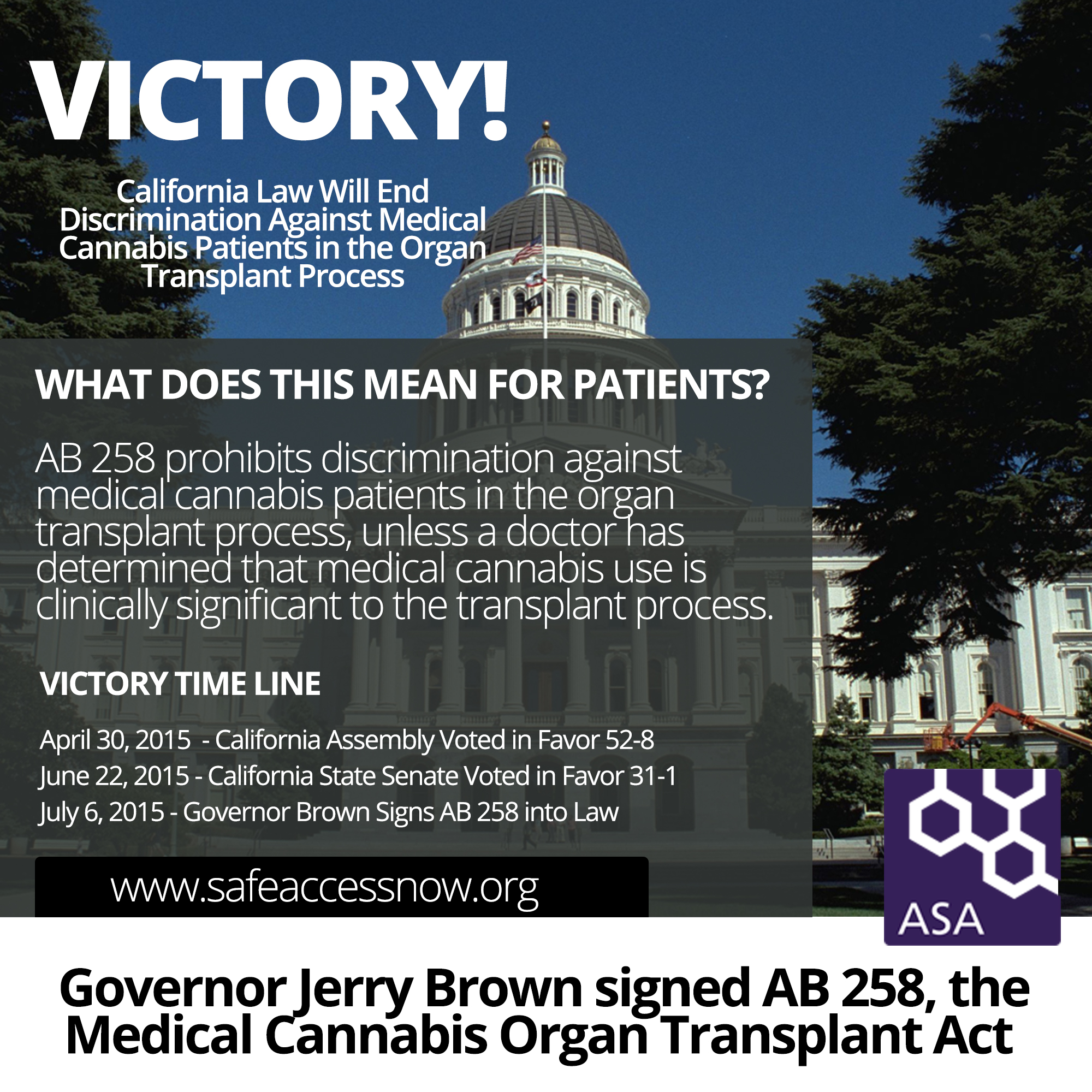 AB 258’s passage is the result of ASA’s membership tirelessly work for over two years. In California legal medical cannabis patients will never again face a choice between their doctor-recommended medicine and a life-saving organ transplant. Governor Brown deserves credit for protecting medical cannabis patients from this harmful discriminatory practice that has no bias in medical research.

On June 15th over 200 patients and advocates participated in the ASA California Citizen Lobby Day, which focused on educating lawmakers about AB 258 and other medical cannabis legislation. During the lobby day ASA began a postcard campaign to encourage Governor Brown to support AB 258.

AB 258 will ensure that a hospital, physician and surgeon, procurement organization, or other person shall not determine the ultimate recipient of an anatomical gift based solely upon a potential recipient's status as a qualified patient...or based solely on a positive test for the use of medical marijuana by a potential recipient who is a qualified patient. On April 30th the California Assembly voted in favor of the bill by a margin of 52-8.  On June 22nd the California State Senate passed AB 258 by an even more overwhelming margin of 31-1.

Check out our video, "Everyone Deserves a Chance" to California Lawmakers Requesting their Support for AB 258!