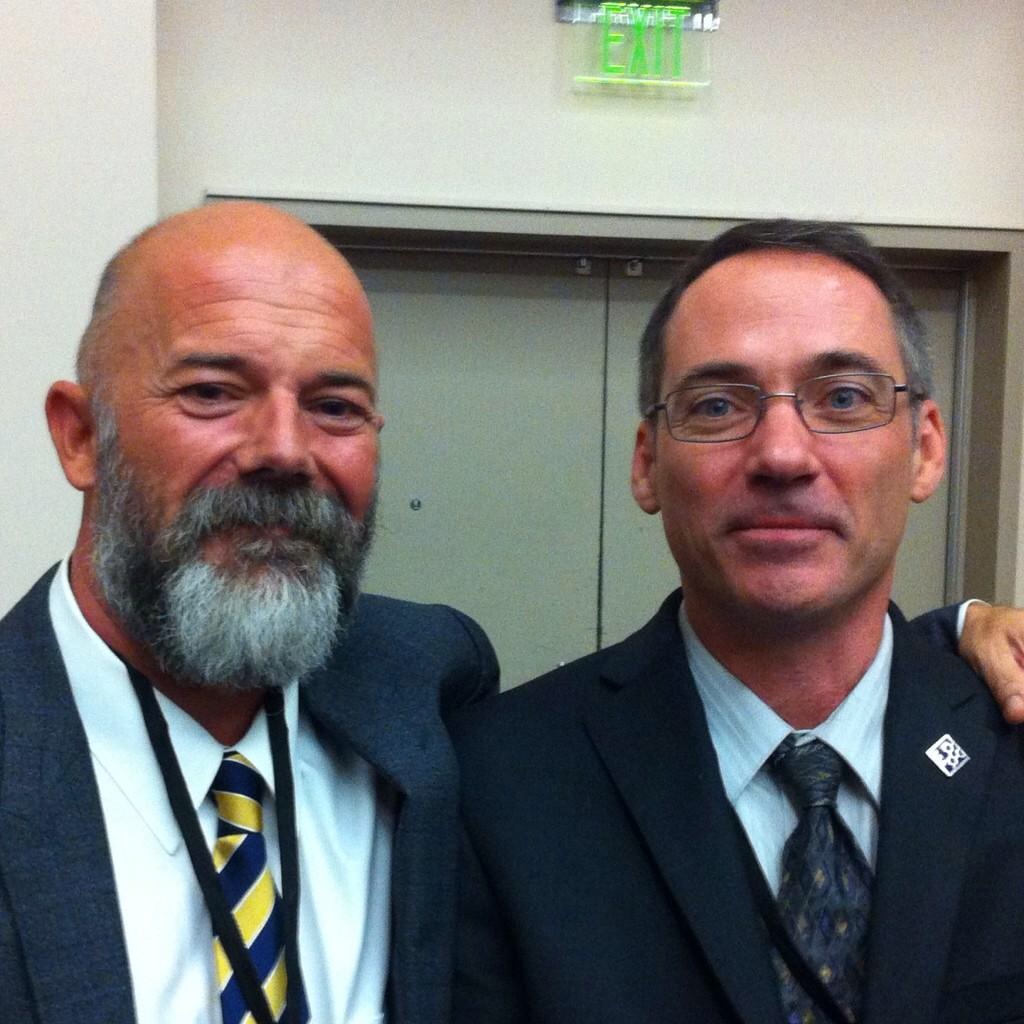 Pioneering blogger, journalist, and author Andrew Sullivan was the keynote speaker at the International Cannabis Business Conference in Portland, OR, this weekend. His presence might seem surprising, but the issue of cannabis and medical cannabis dovetails with his peculiar brand of left/right hybrid politics. More importantly, his participation represents an important evolution in the field of medical cannabis. Our movement is stronger when visible support for safe and legal access to medicine expands outside our traditional filed of allies.

Pictured: Andrew Sullivan and me

Mr. Sullivan’s voice is firmly established in the mainstream. He was the Editor of the New Republic, one of the nation’s oldest and venerable voices in politics. He is also one of the most widely read and recognized political bloggers. His blog The Dish is influential in the liberal and conservative blogosphere alike. Mr. Sullivan  also writes for prestigious national media, including Time Magazine and The Atlanti Monthly, and has authored or edited six books.

Mr. Sullivan told hundreds of conference attendees that the emerging cannabis and medical cannabis industries can and should be both profitable and ethical. He also shared some expert opinions on the national political landscape for medical cannabis. Mr. Sullivan said that recent support for cannabis law reform from the New York Times is probably related to the growing support for cannabis law reform among readers and the need to stay relevant in the changing media marketplace.

Mr. Sullivan promised to speak out for medical cannabis in the future, and that is good news patients and other stakeholders. We need to expand our visible base of support outside our traditional circles. Influential voices like Andrew Sullivan help expand the active grassroots base of support by bring the issue to the attention of those for whom it has not yet registered as a priority. His voice may also sway ambivalent readers to reconsider their position on cannabis and medical cannabis issues.

Expanding our base is crucial. Big national social change movements count supporters who take tangible action in the millions. Medical cannabis is not there yet. We have to reach out beyond our usual constituents to claim our rightful place as a bona fide national movement.

Politicians will take us more seriously when we can mobilize millions of callers, emailers, and petition signers just like the marriage equality, environmental, and peace movements have learned to do. Mr. Sullivan’s new – and hopefully ongoing – support for cannabis and medical cannabis helps take us down that path.