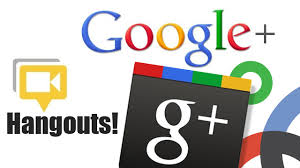 There are a lot of public meetings with medical cannabis on the agenda coming up. Be sure to check out the Events section of this email for news about meetings in Corcoran, Porterville, Richmond, and Riverside. Thanks to Bud Green from the Fresno Cannabis Association and ASA Sonoma County Chapter Coordinator Sarah Shrader for sending information about local meetings. That kind of participation makes this weekly email more useful for everyone!

Brandon Coats knew he was going to fail his drug test. Paralyzed in a car crash when he was 16, he had been using medical marijuana since 2009 to relieve the painful spasms that jolted his body. But he smoked mostly at night, and said marijuana had never hurt his performance answering customer calls for a Colorado satellite-television provider.
Read more here:
http://www.nytimes.com/2014/09/08/us/legal-use-of-marijuana-clashes-with-workplace-drug-testing.html?_r=1

Inspector Roy Jones was not California's first drug cop. When Jones walked the beat for the State Board of Pharmacy, the state had its hands full with opium. The raw stuff from which heroin would someday be made, opium was a big enough problem that federal agents made a scene of destroying with fire one batch of seized contraband on a public street in San Francisco's Chinatown.
Read more here:
http://www.sfweekly.com/thesnitch/2014/09/11/californias-war-on-marijuana-began-100-years-ago-this-week

It’s been almost two decades since California became the first state to legalize medical marijuana with Proposition 215 in 1996; since then, the cannabis industry has grown tremendously. Since the passage of Prop 215, 22 other states have adopted medical marijuana legislation, two states have outright legalized, and three more are poised to legalize this year.
Read more here:
http://www.theweedblog.com/californias-marijuana-industry-is-flourishing/

Sue Taylor stands before her Rotary Club audience in her "principal's suit" — matching black blazer and pants, heels, pearls and a pocketbook holding a secret. At 67, Taylor has made a giant leap. The retired principal of two Catholic schools today calls herself America's only full- time senior cannabis advocate. She's paid $4,500 a month to tell Grandma and Grandpa and those closest to them that marijuana — in joints, cookies, just about any form imaginable — can ease pain and promote sleep and appetite.
Read more here:
http://www.chicagotribune.com/news/sns-wp-blm-news-bc-dayswork12-20140912-story.html#page=1

Fresno has all the rules it needs to ensure everyone sees eye to eye on marijuana, the City Council has decided.Much of the council on Thursday responded with scorn to Council Member Lee Brand's proposal to give city officials more authority to stop the smoking of marijuana on city-owned property. "Can't win 'em all," a chastened Brand said after the meeting. The result: Brand's proposed ordinance was continued until a date to be determined. Translation: Brand's idea is as dead as anything can be in a democracy.
Read more here:
http://www.fresnobee.com/2014/09/11/4117977/proposed-fresno-pot-smoking-ban.html#storylink=cpy

Hikers, campers, and hunters were, for years, warned to stay away from public lands in certain California counties. Because, in addition to spectacular redwoods and hidden creeks, places like the Mendocino National Forest were full of Latino gangsters with machine guns, guarding illicit marijuana crops.
Read more here:
http://www.sfweekly.com/thesnitch/2014/09/10/cartels-abandon-national-forest-in-mendocino-county

There’s been some mysterious activity in the skies over Mendocino County lately. Folks who live there want to know: Who are the armed men dropping out of helicopters to chop down their marijuana grows?
Read more and watch a video here:
http://sanfrancisco.cbslocal.com/2014/09/12/mysterious-men-dropping-from-helicopters-to-chop-down-norcal-marijuana-grows-mendocino-county-lear-asset-management/

San Diego County recently joined a growing list of places across the country where people can legally buy marijuana, when a county-approved dispensary opened just outside El Cajon in late July. Local marijuana advocates are hailing the opening of the county’s only legal dispensary as the fulfillment of a long-time goal and something that helps catch San Diego up with much of the nation.
Read more here:
http://www.utsandiego.com/news/2014/sep/12/marijuana-dispensary-legal-open-milestone/

A citizens’ initiative to legalize medical marijuana dispensaries in Encinitas won’t be getting the support of council members. On Wednesday night, Encinitas City Council voted unanimously to state their official opposition of Measure F, which is set to appear on the November ballot.
Read more here:
http://www.seasidecourier.com/news/encinitas-city-council-votes-to-oppose-medical-marijuana-ballot-measure/article_7e7d5952-3975-11e4-8594-001a4bcf6878.html

Encinitas voters will not just be electing the city’s first elected mayor on the Nov. 4 ballot. Voters will also decide whether the city should allow medical marijuana dispensaries to operate within the city limits. Measure F would repeal the city’s ban on so-called “pot shops” and instead create a set of regulations for them and tax marijuana sales.
Read more here:
https://thecoastnews.com/2014/09/medical-marijuana-dispensaries-on-nov-ballot/

Sheriff John Anderson announced that starting Friday, Sept. 12, 2014 Madera County’s revised marijuana ordinance goes into effect. After working with both Anderson and County Counsel, the Madera County Board of Supervisors passed an amended ordinance, which states that all marijuana growers caught out of compliance will be fined $250 per plant; and those cited, will be ordered to abate by the end of the day, on the same day they are fined.
Read more here:
http://www.sierrastar.com/2014/09/10/69560/revised-county-marijuana-ordinance.html?sp=/99/103/

Monday, September 15, 2014 - Marijuana Compassion and Common Sense (Online)
6:00 PM at www.blogtalkradio.com/marijuananews Tune in for this weekly live Internet broadcast about cannabis and medical cannabis issues. You can call in to participate. A New Mexico lowest priority initiative and the California Cannabis Coalition are the focus.

---
Thursday, September 18, 2014 – Live Google Hangout: CA Campaign for Safe Access – 2015 (Online)
7:00 PM at https://plus.google.com/events/ccj9mhhh29s3rs27m2fjmr905bg Logon early to sign in.  I will be talking about legislation this year and next year. There will be a Q&A time. You can also watch live on YouTube at  https://www.youtube.com/watch?v=mWZhu8oHIB4

---
Thursday, September 18, 2014 – Richmond Public Safety/Public Services Committee (Richmond)
10:00 AM at City Council Chambers, 440 Civic Center Plaza, Richmond, CA 94804. The committee will hear a report from the police department about revenue associated with expanding the number of patients’ collectives. Public input from resident and stakeholders in favor of medical cannabis is welcome.

---
Tuesday, September 23, 2014 – Riverside County Board of Supervisors (Riverside)
9:00 AM at 4080 Lemon St, Riverside, CA 92501. The exact time and agenda item number will be posted here soon: http://www.rivcocob.org/agendas-and-minutes/ Join patients and advocates to tell Supervisors not to ban outdoor medical cannabis cultivation. It is especially important to have County residents/voters there.

So what does ASA do, and how can you participate? Visit this section to learn about our work with elected officials, federal advocacy, state campaigns, and more. Do you know that ASA has a Patients Rights Project to protect and expand your rights? Have you heard of the Community Support project designed to help facilitate grassroots action and movement building? Have a look at all the tabs in this section and decide where you can plug in.