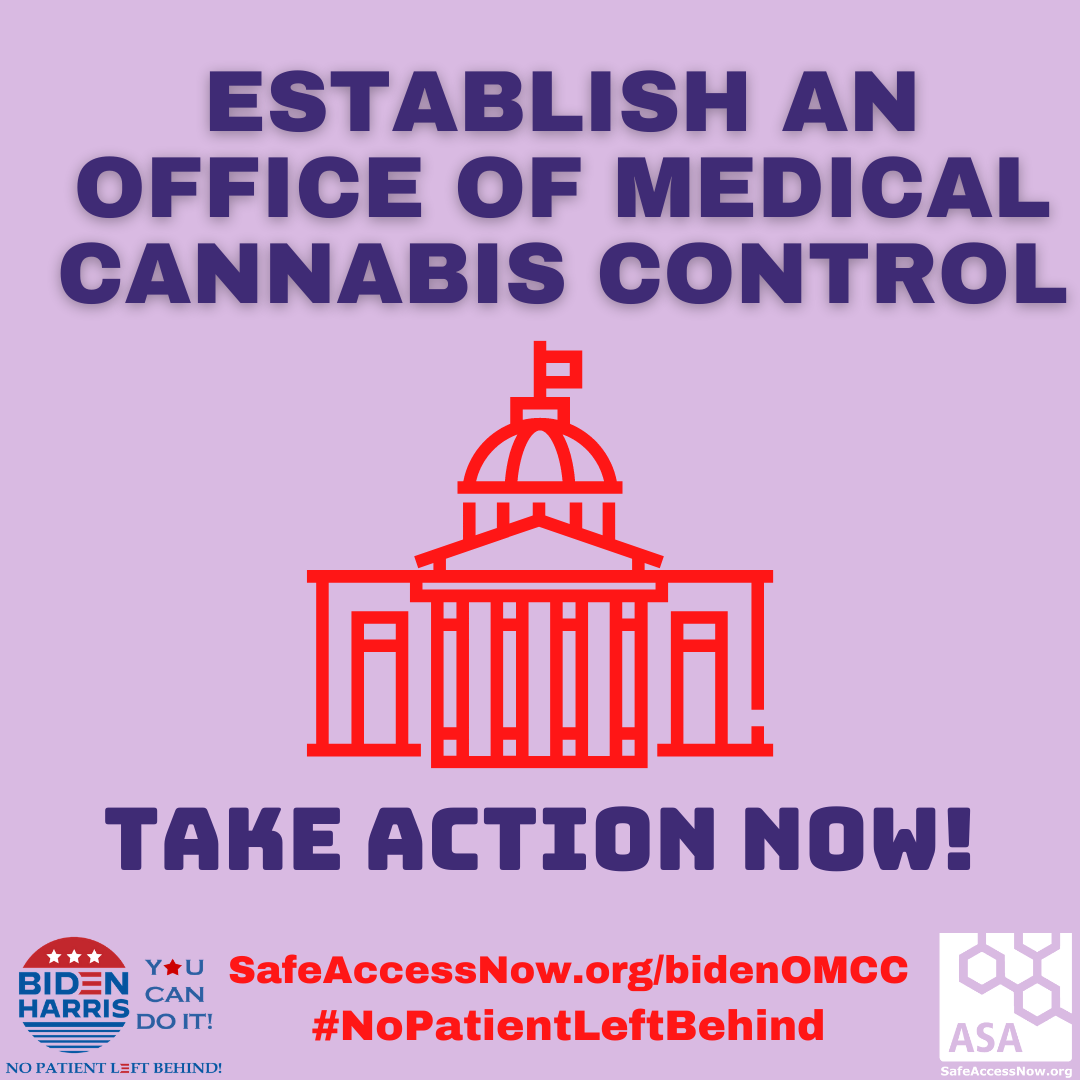 Throughout our Biden Harris Can Do It campaign, ASA has been drawing attention to the many issues that emerge from the federal-state conflict on medical cannabis in order to highlight the immediate need for change to bring equity for every medical cannabis patient nationwide. This includes:

It is far past time to bring these absurd policy shortcomings to an end by reclassifying cannabis and establishing a federal agency to oversee cannabis production, so that patients everywhere, no matter what state they live in or condition they have, can have access to the medicine they need.

While individual states have varying degrees of oversight on medical cannabis products, safe access to medicine requires standardized and consistent oversight (i.e testing requirements, availability of products, ability to home grow). Without a central agency to play this role, patients do not have equal access to safe and reliable cannabis across the country. Federal regulations need to catch up. What little regulatory function exists is strained by the competing agendas of the Office of National Drug Control Policy, the U.S. Department of Health and Human Services, U.S. Department of Justice, including the U.S. Drug Enforcement Administration, and other entities.

By establishing something similar to an Office of Medical Cannabis Control, there would only be one federal agency that would be responsible for leading and coordinating regulatory responsibilities associated with medical cannabis policy.  This new office would merge the existing regulatory functions that nearly a dozen agencies share over cannabis to guarantee safe access to medical cannabis for ALL Americans.

If you agree with Americans for Safe Access on these issues, we urge you to take action today by emailing pre-drafted messages to agencies through our system.