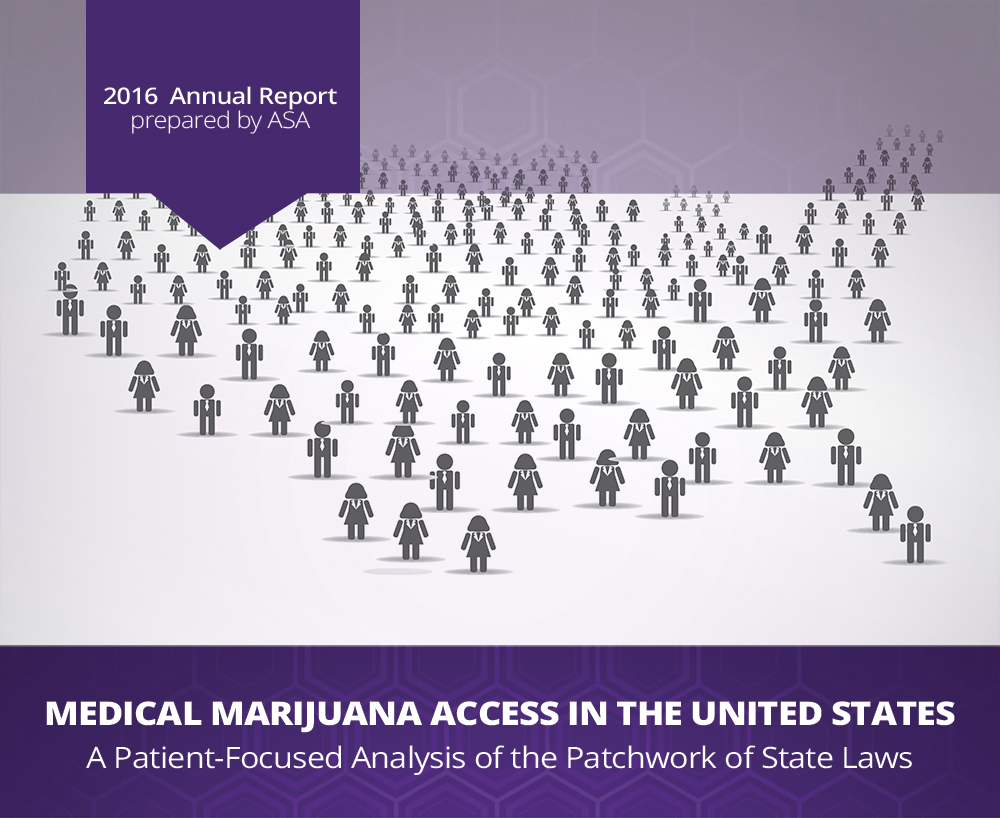 With the release last year of the first detailed analysis and comparison of state medical marijuana laws, Americans for Safe Access (ASA) created a patient-focused tool to identify effective programs and problem areas. That groundbreaking report was followed today by the release of ASA’s new, far more detailed report on state programs, which reflects the many new states that have added programs as well as others that have improved their existing programs.

Like the original report, this latest white paper enables advocates, policy makers and concerned citizens to compare and contrast from the patient's’ point of view the 40 different approaches currently in place in the U.S. Unlike last year’s, this report takes a much closer look at the regulatory frameworks for ensuring product quality and safety. By examining in detail the differences in how state medical cannabis programs have been designed and implemented, ASA’s latest report shines a light on the what’s working and what’s not in ways that can assist policy makers in making the programs under their oversight as broadly effective as possible in ensuring a consistent supply of quality-controlled medicine for the qualifying patients who need it.

A number of states -- including Illinois, Maryland, New Hampshire, New Mexico, and Washington -- have adopted regulations that reflect the best practice standards set forth by the American Herbal Products Association (AHPA). In addition to the AHPA Recommendations for Regulators, states are also incorporating the laboratory testing standards set forth in the American Herbal Pharmacopoeia Cannabis Inflorescence Monograph. These authoritative, expert standards mean states no longer a need to omit these protocols or “reinvent the wheel” for medical cannabis product safety regulations.

Those expanded regulations to assure product quality and safety are the focus of the new rubric employed in this latest report on state programs. While states got credit in our original report for implementing regulations based on the AHPA and AHP, for 2016 we have taken a far more fine-grained approach to evaluating the extent to which each state program has adopted the recognized industry standards for everything from cultivation, manufacturing and distribution to laboratory testing for product identity and purity. Also included are measures of the ease of access for qualifying patients – arguably the most important criteria for programs – as well as the degree of civil protections from discrimination state law provides patients.  These laws all make a difference in patient's’ lives, and in some cases may mean the difference between life and death.

Much has changed in the nearly two decades since California passed the first medical marijuana law. Today, more than 275 million Americans, or about 85% of U.S. population, live where some form of medical cannabis use is legal locally. We estimate that these programs serve approximately two million patients under physician’s’ supervision. Within those various programs, physicians now recommend cannabis-based treatments for over 50 qualifying medical conditions and symptoms. That expansion has not created the problems opponents feared. States with medical cannabis programs have not experienced increased rates of teen use of cannabis. In fact, those states have seen unexpected benefits, including significant drops in opioid overdoses as well as in highway fatalities.

The takeaway from the report is that states are capable of implementing high quality  medical cannabis programs, but not nearly enough are do so in a way the serves patients well in all of the ways that these programs impact patients. This report highlights the given strengths and weaknesses that a state program has, and makes it clear where lawmakers and regulators can make improvements. Patients and caregiver activists can utilize this tool by showing their state officials what key features and protections their programs lack. Every medical cannabis law in the country has room for improvement, and this report can serve as the guide make those improvements become reality. Of course, states would be more free to create medical cannabis laws and regulations the best serve the greatest number of patients if the federal government would permanently end their interference with state programs. Passage of the CARERS Act would do just that, and would signal to lawmakers and regulators that their medical cannabis guidepost should be focused on improving patient outcomes rather than avoiding federal raids.