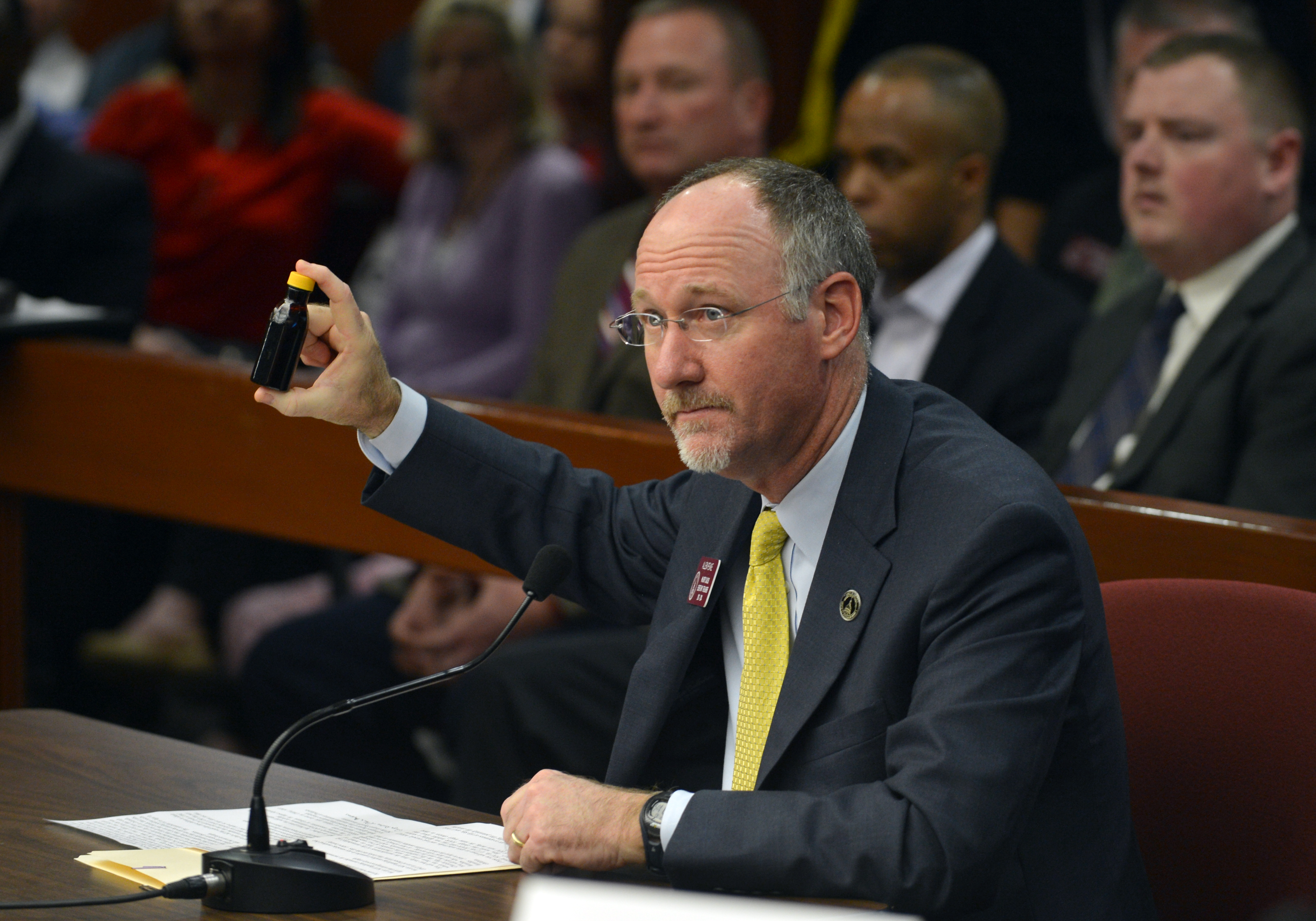 Georgia Representative Allen Peake who authored Georgia’s current law known asHaleigh’s Hope Act (HB1), has publicly admitted to breaking the law to bring medical marijuana to patients in Georgia.  The Georgia law, which allows for low-THC extracts containing primarily cannabidiol (CBD) and tetrahydrocannabinolic acid (THCa) for patients with certain medical conditions, does not provide for cultivation, production, and distribution in the state, so patients and caregivers must go elsewhere to obtain the oils and bring them back to Georgia.  Unless, of course, their Representative does it for them.

Rep. Peake’s level of commitment to patients is rare and should be commended.  “Maybe at some point there is a need for civil disobedience,” Peake said toWSB-TV Atlanta’s Lori Geary, “I’d do it again if I had to.”  Peake, a Republican, has introduced new legislation (HB 722) this year in hopes of bringing in-state production and distribution of the oils, so he and others won’t have to break laws to obtain them.  The bill, if passed, would also add seventeen conditions to the existing law including intractable pain, Alzheimers, and HIV/AIDS.

According to a poll, conducted by Atlanta-based Opinion Savvy in November 2015, 84.5% percent of likely 2016 Georgia primary voters support allowing growing, production and distribution of medical cannabis oil and more than 60% supporting full access to whole plant in Georgia. But, even with public approval, Georgia Governor Nathan Deal has said he opposes the growing of marijuana in his state.

ASA maintains the position that patients deserve access to all forms of medical cannabis, including whole plant and raw flowers, but recognizes the political realities in Georgia and is supporting HB 722 while seeking improvements to it. While the future of medical marijuana in Georgia remains unclear, with a tenacious champion like Representative Peake, it is hard to imagine things not moving forward.